The late professor Cherif Bassiouni once charged that Bahrain’s king would have to choose between maintaining the unity of the ruling family or the unity of the country. Today, Bahrain needs major economic and political reforms to allow the kingdom to remain stable and this cannot be achieved without important constitutional reforms.

Bahrain is now experiencing life without the late Prime Minister Sheikh Khalifa bin Salman Al Khalifa, who effectively ruled the kingdom after independence in 1971 and governed with force and a security-driven mentality. He brought to the country hated figures with a history of repression such as British officer Ian Henderson, founder and head of the security apparatus for decades before he left Bahrain in the 1990s. Khalifa bin Salman, after the discussion of a British withdrawal from eastern Suez and the Gulf region, asked the British minister if London intended to leave Bahrain for major regional powers like Kuwait, Saudi Arabia and Iran. The response was that ‘there’s no turning back’ after the Labour-led parliament had voted. However, Britain re-established a naval base and fleet in Bahrain in 2015, inaugurated by the then Foreign Secretary Philip Hammond during the tenure of Prime Minister David Cameron. At the time Hammond said that the Bahraini government were ‘seeking our support to help them reform, for example, their police force, their judicial system, their prison service’. Five years later, these institutions are still extremely far from reform, which ought to have the British government demanding answers.

Alistair Burt, former Minister of State for the Middle East, told me that the Government of Bahrain’s fears of Iranian intervention should have been dispelled after this measure, which unfortunately did not happen. The relationship between Bahrain and Britain was not at its best during the Arab Spring, and Manama did not agree with London’s view that stressed the need for political reform and development in the field of human rights. However, Bahrain used its Gulf allies to help cover up violations and managed to mitigate the London opposition toward the regime, in so doing further stalling political reform.

Crown Prince of Bahrain (since 9 March 1999 when his father assumed power) Sheikh Salman bin Hamad Al Khalifa assumed the prime minister’s position on 11 November 2020, though he had been groomed for the role since March 2013 – his appointment as deputy prime minister.

According to his official website, the crown prince has held many positions, playing an active role in promoting political and economic relations between Bahrain and friendly countries, and contributing to the development of initiatives aimed at promoting Gulf security, peace and sustainable development – reinforcing the idea that he will undertake political reforms commensurate with the post-prime minister phase.

In January 2014, Salman Al Khalifa had met the opposition leader and Al-Wefaq National Islamic Society Secretary-General, Sheikh Ali Salman, to hold reconciliation talks. This meeting came at the king’s initiative, but hopes quickly faded after the government stated it would be impossible to achieve results leading to political reform. This ended with the arrest of Sheikh Ali Salman in December of the same year after a speech he gave at an Al-Wefaq rally. He was accused of undermining the ruling system, and wrote his plea in prison. It was published and in it he advanced ideas of development and reform, rather than just a defence of himself. Before his first 4-year prison term came to an end, he was sentenced to life imprisonment over charges of spying for Qatar. Sheikh Salman denied this charge and the public prosecution failed to present any evidence against him, the Sheikh having openly been working toward a solution to the Gulf crisis via mediation, which the Bahraini government had been asking for from Qatar at that time under the auspices of the United States. International human rights groups demanded his release due to the politically motivated sentence, charging that he had been arbitrarily detained for practicing peaceful political work.

After this, a government spokesman said future talks with the opposition would focus on issues such as the legislative and judicial sectors as well as electoral districts. Nonetheless, this failed to transpire and the regime released a document entitled Al-Aayan (the elites) to justify their rejection of a national dialogue and dismissal of the opposition’s demands expressed in the Manama document, in which Al-Wefaq and other national opposition groups demanded electoral, political and judicial reforms.

Bahrainis – Shiites and Sunnis alike – hope that rational views on how to deal with future challenges will outweigh the radical measures favoured by the hawks of the Royal Court. The situation whereby the court controls all matters of state will no longer hold without any integration of the opposition or any moves towards political partnership. In 2018, Al-Wefaq suggested these principles in the Bahrain Declaration, but it received no official response. The question remains: what should the authorities in Bahrain do now so that political life can return, the local economy grow and investors’ confidence at home and abroad increase so that the country can rise again?

The Swiss and Singaporean models can serve as instructive examples. Bahrain does not in fact need to increase military expenditure, because there are no real threats from neighbouring countries. The authorities should maintain existing diplomatic channels and raise the level of representation with Qatar and Iran in case relations are restored, thereby maintaining its status and removing any potential danger, especially with the presence of the Fifth Fleet and the British base. Engaging in regional conflicts incurs a hefty cost and does not open up prospects for development, instead preoccupying the country with irresolvable issues. Depending on Gulf aid doesn’t constitute stability and cannot be relied upon to end the crisis. Bahrain could open up prospects with other Arab countries including Iraq, Syria and Sudan, achieving important economic objectives and serving as an alternative to domestic oil revenues, on which 80% of the budget still depends according to the latest official figures.

The authorities must urgently take the following necessary steps: launch a political initiative to resolve the situation, release prisoners of opinion and conscience, restore political societies, end the state of militarisation, reform the state’s institutions, fight financial and administrative corruption and give the press space for free criticism. This would open the way to a comprehensive national reconciliation, restoring hope to Bahrain and the international community’s confidence in Bahrain’s institutions, which had been lost over the past decade. Even with this there would remain programmes that may take longer to be achieved, the most important of which would be consensus on a constitution that guarantees the country’s stability.

Ali Al-Aswad is a member of Al Wefaq National Islamic Society and a former MP. He resigned from parliament in February 2011, along with his 17 other colleagues in protest at the crackdown against democracy demonstrations. He left Bahrain during the period of martial law after threats were made against him. He currently resides in London, with his family, where he continues his efforts to advocate democratic change in Bahrain. He tweets at @am_aswad 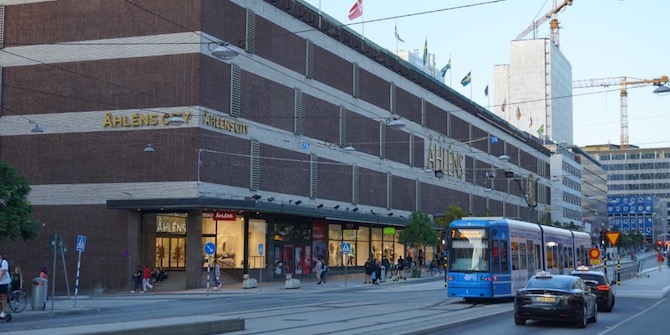