Iraq is, yet again, going through challenging times. It has been more than eight months since the general election and a new government has yet to be formed. Meanwhile, the various competing political parties have spared no effort in denouncing and denigrating each other’s agendas and any attempt to agree on a national salvation plan.

Not surprisingly, this has led to a deepening sense of frustration and to an exacerbation of the resentment felt by the ordinary Iraqis on the street, with rumours circulating in several cities of imminent protests in response to the political stalemate. It is anticipated that the popular protest movement will return with the rise in temperatures and the corresponding decline in services, especially the hated power cuts. In addition, there is the phenomenon of the recurrent drought, which is expected to set new records this year.

Over the past few years, many seasonal lakes have dried up and farms have become barren, which has led to new social problems. According to World Bank statistics, the unemployment rate in Iraq over the past year reached about 12.7%.

Political differences have not been confined only to the Shi’a bloc; there has also been discord between the Kurds and Sunnis. A clear example of this is the suspension from parliament of Mishaan al-Jubouri, a controversial Sunni politician from Salah al-Din province and an important ally of the current parliament’s Speaker, Muhammad al-Halbousi. Al-Jubouri was suspended from parliament for forging his high school diploma – he responded with the threat that ‘the decision of the Supreme Judicial Council to revoke [this] parliamentary membership will have repercussions.’ This likely refers to his possession of the many incriminating files against several Sunni leaders, each of which could lead to scandals within the Sunni bloc.

The situation is not much more harmonious among the Kurds. The differences between the Patriotic Union of Kurdistan (PUK) and the Kurdistan Democratic Party (KDP) over the presidency have intensified. Indeed, conflict within the Kurdish camp is not limited to the rivalry between the two parties, with the dispute having escalated on a more personal level between the Kurdistan Regional Government (KRG)’s prime minister, Masrour Barzani, and his cousin the President, Nechirvan Barzani, to the point that some media sources have reported on the efforts of Masoud (the father) and Masrour (the son) to topple Nechirvan from his position in the KRG. Elsewhere, several members of the KDP have repeatedly complained about Masoud Barzani’s behaviour, accusing him of inflexibility and recklessness.

These political differences are steadily becoming more dangerous and deep-rooted and could very easily further destabilise the federal government in Baghdad and deflect from the business of running the country, although it should be noted that it remains only a ‘caretaker government’, without the power to conclude long-term economic and strategic agreements. Moreover, the incumbents cannot even submit plans or enact laws through parliament that require public expenditure. Indeed, the situation is so grave that it has even failed to win parliamentary approval for the emergency food security and development support bill, an alternative to the budget law. This comes despite the fact that, six months into 2022, the year’s federal budget has yet to be approved.

The situation may necessitate the intervention of the Federal Court which, in the midst of unprecedented pressures facing both parliament and the government, will in all likelihood have negative consequences, most notably the prospect of large popular demonstrations. This will undoubtedly constitute yet more pressure on the government as it will be extremely difficult to subdue yet another popular uprising. The same applies to the Federal Court, which may find itself impotent in the face of deteriorating political, security and economic situations. 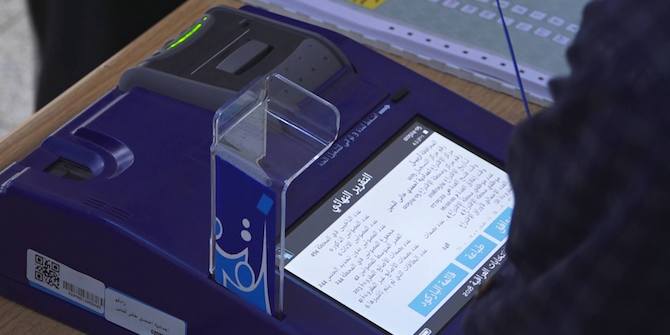