How Can Import Regulations Support Progress Towards the GCC’s Environmental Goals?

How Can Import Regulations Support Progress Towards the GCC’s Environmental Goals?

More and more countries around the world are improving their sustainability efforts, opening up the door for new innovations and leadership in the push for environmental stewardship. However, many governments and businesses have struggled to find the balance between economic growth and sustainability efforts. In many cases, environmental initiatives have been deprioritised in favour of economic growth, despite the possibility of each supporting the other.

The Harmonized System Convention (HS 2022) was adopted by the GCC on 1 January 2022 to update the previous regulations on tariffs with regard to changes in technological and environmental needs. By implementing these import regulations, countries in the GCC are better able to facilitate transparency in their international trade. A major problem with sustainability efforts, especially in international trade and supply networks, is knowing where a product came from and how it was produced. This can lead to countries unknowingly importing unethically sourced or potentially hazardous materials.

The new custom tariffs are designed to foster greater visibility of products specifically to reduce the import of e-waste, which can leach toxic chemicals into soil, air, and water. These tariffs allow countries greater control over cross-border activity that could result in higher amounts of hazardous waste in the GCC states’ landfills, and thus, in their environment. These tariffs build on the existing Technical Regulations and G-Mark requirements that oversee the use and import of electronics and potentially hazardous substances that pose a risk to environmental protection and human health.

Similarly, HS 2022 adopted new tariffs to regulate hazardous chemicals, organic pollutants, and other prohibited materials to reduce the importation of environmentally harmful substances. These regulations are predicted to have positive, long-term impacts on the environment of GCC countries by mitigating pollutants that can harm both human health and the environment.

However, HS 2022 regulations may be overlooking key contributors to environmental degradation.

While HS 2022 effectively strengthened existing sustainability efforts with regards to e-waste and hazardous materials, there is still room for improvement in the GCC’s sustainability goals by way of its import regulations.

The European Union has similar sustainability goals to the GCC, and uses its import regulations to address environmental risks being imported into the region. In addition to potential hazards from e-waste, these regulations extend to biocides, pesticides, and other agricultural chemicals that pose severe risks of environmental pollution when not properly maintained. Pollution from biocides can result in water acidification, contaminated soils and risks to human health. These types of regulations mitigate the import of harmful synthetic chemicals that could potentially disrupt agricultural practices, reduce access to clean drinking water and worsen environmental pollution.

Similarly, EU regulations further oversee the import of hazardous materials by requiring strict labelling and classification of all substances and mixtures. In doing so, the European Chemicals Agency is able to effectively verify the safety, uses and risks of all chemicals entering their borders.

These regulations extend to major pollutants that emit potent greenhouse gases like hydro-fluorocarbons and chlorofluorocarbons, which are major ozone-depleting substances and greenhouse gases. The EU regulates all spray cans, solvents, extinguishers, refrigerants, and other products that are known to emit these chemicals. Doing so helps the EU significantly reduce airborne chemicals that pose a risk to human health and environmental sustainability.

While these policies are specific to the EU, the GCC can extend its scope of import regulations to encompass other unsustainable products and substances that may go undetected in the current HS 2022. Many products, including refrigerants and aerosols, pose little environmental risks during the life of the product due to modern safety standards. However, disposing of these products through unsustainable means such as open landfills or incinerators can result in significant air pollution and chemical waste that severely impact sustainability efforts and reduce the economic value of the land.

Currently, sustainability efforts in the GCC focus heavily on combating climate change by way of renewable energy systems. However, by regulating the import of products that emit harmful greenhouse gases, the GCC can moderate the air pollutants allowed in its borders, while simultaneously encouraging cleaner products worldwide through import standards. As they stand now, import regulations represent a missed opportunity for GCC states to significantly reduce their environmental impacts resulting from imported goods.

Studies show that countries in the GCC are becoming more invested in global sustainability, despite being one of the top oil producing regions in the world. Implementing higher regulations on potentially hazardous chemicals will encourage the rise of more sustainable products in international trade, which will have long-term benefits for human health, environmental sustainability, and economic growth.

Lena Milton graduated from Brown University with degrees in Political Science and Science, Technology &amp; Society (STS) with an environmental focus. Today, she works as a freelance journalist who writes about the intersection of sustainable innovation and the political world. 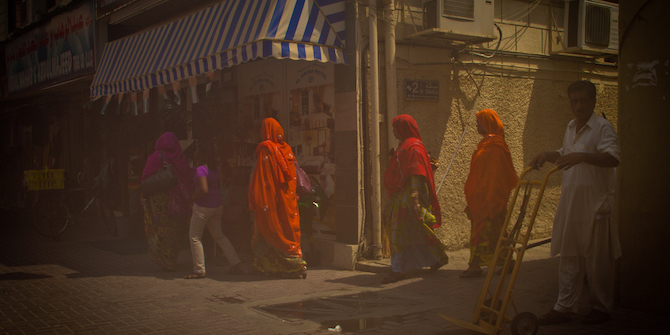 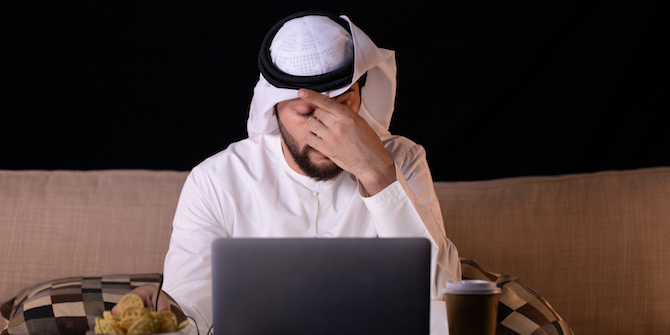 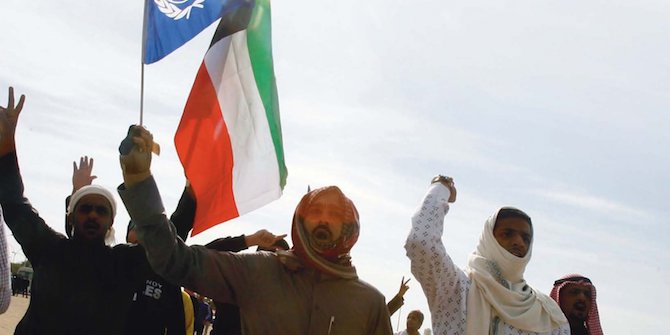