Earlier this week I was interviewed by Chinese TV on phone hacking. The Chinese are extraordinarily interested in what we do in the media sector. Last year, Chinese journalists were particularly interested in Prime Ministerial calls for twitter to be regulated after the riots for example. But the really sobering thing happened after the interview when I asked if they had a slot to broadcast the documentary they were filming. He said that it would go out on CCTV1: – and the audience could be up to 300m.

Now he may have been exaggerating somewhat, but those numbers would make any TV producer’s eyes light up. The BRIC countries are where the growth is, particularly as Europe stagnates: but how to get in?

Every few years, the UK Government rediscovers ‘the creative industries’ and the media sector– the powerful export performance of music, audiovisual, advertising and communications. In the white heat of Cool Britannia, Culture Secretary Chris Smith in 1998 claimed that Britain’s “pop” industries were booming – creating 50,000 jobs and generating £60bn of revenues per year, and he set up the Creative Industries Taskforce to coordinate policy to take it to the next level.

In the 14 years since the Creative Industries Taskforce was set up, the definitions and methods behind the statistics has changed. DCMS Creative Industries Economic Estimates from January 2009 estimated that “creative industries, excluding crafts and design, accounted for 6.4% of Gross Value Added (GVA) in 2006; grew by an average of 4% per annum between 1997 and 2006, compared to an average of 3% for the whole of the economy over this period; with exports totalling GBP 16 billion in 2006. This equated to 4.3% of all goods and services exported”.

With the Eurozone in turmoil, one of the striking things about the current period for media companies is not that the high growth markets are abroad: but that, increasingly they are in countries in which the rule of law, including freedom of expression and privacy rights, do not meet global standards of protection.

To understand these risks we only have to think back to the difficulties of Google investing in China.   But such risks are part of a more general category of regulatory risks associated with the media sector: as News Corporation are finding out about their UK investments.

So what is the government doing to help countries deal with the practical, ethical and reputational risks associated with investing in those markets? The short answer seems to be: not a great deal.

Many will remember the London Conference on Cyberspace with Hillary Clinton last November.   It is less clear whether anything concrete has come out of that. Is the problem that these markets are simply too attractive to UK companies to do anything to upset them?

The FCO continues to provide its detailed annual report on human rights around the world. But what practical help does that provide for a telecoms or software company seeking to invest in China or Russia? The FCO Freedom of Expression Panel has been wound up and it seems investors are on their own.

It is two ‘multi-stakeholder’ projects involving civil society rather than governments that are doing most to help in this area.

Global Network Initiative: is a consortium of communications and media companies that have clubbed together to write a code of conduct on privacy and freedom of expression.

This is a self-regulatory response to the threat of legislation in the US to regulate what US companies do abroad. Companies – including Google, Microsoft and Yahoo sign up to some principles to govern the way that they behave in. The problems with self regulation are of course clear: companies will only sign up if they can control the risks and it is a voluntary system.

The Mapping Digital Media project.  Is publishing 60 country reports on the transition to digital media in various countries around the world. I just reviewed our China report which will be out in a few months: CCTV share of TV audience (they have – I think 12 TV channels) is down from 22.9% – 13.3% between 2005 and 2009. I hope they broadcast the show soon! (We also know from our report that TV penetration is now over 98% of total households (radio is less than 30%).   The problem with the MDM project: – even Soros will run out of money sometime, and this data will go out of date very quickly.

If civil society is doing so much: why should government? Apart from sustainability and enforcement, one reason is that governments can engage with other governments, and another is that they can coordinate collective action between governments and also between private actors.  Should there be a working group involving BIS, FCO, and the likes of BSAC working on these issues?

This calls for a different approach; and, frankly a little more vision, at home both from industry, and from Government.

When lobbying for new controls and enforcement at home, for example filters and blocks and new forms of intermediary liability for IP protection, companies would do well to consider the role of the UK in ‘normalising’ such an approach: – and how such controls will be enforced in countries without adequate human rights protections.

As well as considering in more depth the global implications of domestic regulation, the government could do more to help companies:

This is not an invitation to engage in liberal hand wringing and simply stay away from those markets. The global flow of ideas is one of the most exciting things about our age. It is to question whether government should be joining up up existing human rights work with the export oriented culture and communications sector.

This is a summary of comments by Damian Tambini to the conference of the British Screen Advisory Council, May 17th 2012

The ICO Consults on the Future of Information Rights Regulation

ORGCon March 24: What Are Your Digital Rights? 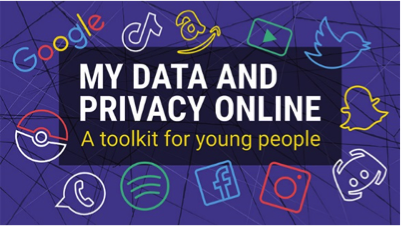 What should we teach children about online privacy, and how?