Yes or No, Broadcasting in Scotland should Change towards Independence

Yes or No, Broadcasting in Scotland should Change towards Independence

University of Sassari’s Robert Beveridge argues that regardless of the outcome of the Scottish referendum, broadcasting should be taken out of the hands of Westminster and the new BBC Charter should properly reflect a federalised rather than centralised system.

Scotland is a nation but it is not – yet – an autonomous state and broadcasting has been largely organised within parameters set out by the British State. Even before devolution, broadcasters ignored, at their peril, the distinct legal and political context of Scotland.  For example in April 1995, the BBC was required by the courts to  pull a Panorama interview with then Prime Minister John Major as it was to be broadcast during a local election campaign north of the border but other party leaders had not been given the same opportunity.  Viewers south of Northumberland saw Mr Major’s interview but north of there and in Scotland where they are served by the same transmitters, it was replaced by a documentary.

This was just one of many examples of broadcasters not understanding diversity and the multi-national, never mind the multi cultural, make up of the United Kingdom(s).

Now we have the referendum coming up and if there is a Yes vote on September 18th, all bets are off. Scotland will proceed to set up a Scottish Broadcasting Corporation and will negotiate a new relationship with the RUK BBC, which will probably keep the brand and heritage name of the BBC (although many north of the border already see the BBC as either the London Broadcasting Corporation (LBC) or English (EBC).

As a (UK) public trust, Channel 4 will also be the subject of negotiations to divide assets: it is, like the BBC, owned by the public both north and south of the border.  Additionally, Scottish Television will have to reconfigure its commercial and operational relationship with ITV with some interesting questions needing to be resolved around the border licence area.

More autonomy needed regardless of vote

Even if the referendum does not result in independence, the coming BBC Charter review needs to enable BBC Scotland to become more autonomous with the equivalent of a Barnett formula, which is the way in which UK government budgets are distributed south and north of the border, for broadcasting.

BBC Scotland would take full control of all the licence fee raised in Scotland and of its own schedules, operating an opt in rather than an opt out policy. It would launch the long needed Scottish Six: the news from Scotland at 6pm looking at national, UK and international news from the perspective of the viewer in Scotland. A federal BBC is long overdue as is devolution for BBC Scotland.

In 2007 at the opening of the new BBC Scotland headquarters in Glasgow, then DG Mark Thompson stated that:

There has been some progress.

In 2013 Scotland reached 11% of eligible network BBC TV spend. But what is significant is that both before and since, research for the BBC Trust demonstrates that there remain, especially amongst audiences in Scotland, significant gaps in the extent to which licence fee payers feel that the BBC is good at portraying their nation and communities.

Parachuting in programmes such as “Waterloo Road” (now decommissioned) can only be a temporary stop gap. As the Scottish Broadcasting Commission stated in the executive summary of its 2008 report, what is needed is:

a more successful industry and more satisfied audiences …Audiences also support the concept of choice and competition and they have made it clear to us that they wish to be provided with a greater volume and range of Scottish content.

One should not make the mistake of thinking that a no vote will maintain the status quo. Political debate in Scotland as well as Wales and Northern Ireland, but not fully in England (yet) reflects the fact that devolution is a process and that the UK is, like it or not, becoming quasi federal.

Devolution Max and Fiscal Autonomy are not rock bands, but embody serious policy proposals that will lead to changes in governance, accountability and transparency for media institutions and regulation across the British Isles.

It is not acceptable for BBC Scotland, or OFCOM for that matter, to have a de facto as opposed to a de jure relationship of accountability to the Scottish Parliament.  The Scotland Act 1998 made broadcasting a reserved power to Westminster. This now has to change, but with safeguards in place to ensure that the it remains independent of both the parliaments in Edinburgh and London.

In other words, if the UK is indeed now quasi federal, broadcasting policy and governance needs to reflect this. History has shown us that a fair voice for the nations, regions and cultures of these islands does not happen by accident, nor via the market. It needs media policies that are sensitive to the fact that nations are not regions. Full stop. 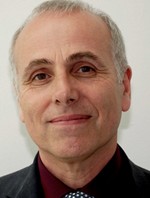 Ofcom research highlights what sets Scotland apart from its neighbours