Baseless Moral Panic: Parents should ask why kids use Internet, not blame It

Baseless Moral Panic: Parents should ask why kids use Internet, not blame It

Reacting to a story that appeared in the UK’s Daily Mail newspaper and the Mail Online last week, LSE PhD Candidate and internet use researcher Daniel Kardefelt-Winther argues there is no evidence of a causal link between internet use and lower mental well-being; warns that such stories can keep parents from looking instead for why children may be turning to the internet.

On 16 May the Daily Mail cited claims from a report by Public Health England (PHE), an executive agency of the Department of Health, that children who spend too much time on the internet are developing mental health problems. According to the Daily Mail, PHE warns of a clear relationship between the amount of time spent on social media sites and lower levels of well-being while stating that the increasing toll of mental health problems in children is caused by computers and the internet. The article finishes by drawing a parallel to a girl who was allegedly addicted to photo-sharing websites and later committed suicide.

Unfortunately, nowhere does the Daily Mail link to the study they so heavily cite which makes it difficult to verify their claims. This is particularly problematic because the claims they make are widely contested by existing research – a fact which the journalist entirely overlooks. This one-sided reporting has two serious consequences:

There is no official diagnosis for internet or technology addiction. The concept is heavily contested, as are the assessment instruments used in research. Studies on internet addiction need to be interpreted with caution and a dose of skepticism and this should be reflected in the reporting.

Furthermore, longitudinal studies of social media use – the chief culprit according to the Daily Mail article – show that frequent social media use is associated with increases in self-esteem for adolescents generally, and for those with initially lower self-esteem particularly. A report from the Nuffield Foundation finds that the downwards trend in youth mental well-being has in fact stabilized since the late 90s. As Professor Sonia Livingstone notes in her TEDx talk on how children engage with the internet, research suggests that little has changed in terms of youth mental well-being since the pre-internet era which makes the causal connection between internet use and lower mental well-being unwarranted.

Despite this, uncritical articles on the negative effects of internet use and social media have become a staple in the Daily Mail’s arsenal of moral panics. While such articles may sell many newspapers and draw attention in social media, in the end it is nothing but poor, irresponsible journalism. Media has a responsibility to society, to children as well as parents, to publish properly researched and informative work. As a recent article in The Guardian stated, journalists need to stop repeating baseless claims regarding the negative effects of technology.

Immersion or interaction; not addiction

According to a 2011 Department of Education report, 99% of UK children use the internet daily which makes it one of our most significant societal developments. That some people claim this to be a problem leading to lower mental well-being is a misrepresentation of an evident shift in youth practices. As danah boyd writes in her new book, technology is not ruining children by making them anti-social or lonely, it merely shifts the organizing principles for social interaction.

It is unfortunate that some people seem more interested in drawing on simplistic explanations like addiction to explain heavy internet use, rather than seriously engaging with the question of why some people are so fascinated by the internet that they sometimes prefer to spend some extra time online rather than going to bed or doing homework. In the words of media scholar Rob Cover, there is a tendency in the public discourse to misread immersion and interactivity as addiction.

While some children spend so much time online that it infringes on other important activities, findings suggest that this has less to do with internet use per se and more to do with the child and their life context. Recent research, including my own, shows that heavy internet use tends to be a consequence of underlying problems – not a cause. It is important to highlight that ‘problems’ is not equivalent to dysfunction and mental illness, but ranges from common everyday issues to more severe concerns.

For example, a number of studies suggest that internet use or gaming is an efficient way to relax and de-stress after a day at school or work – this is similar to studies on television viewing. In light of this, it seems unsurprising that children, and perhaps teenagers specifically, spend more and more time on the internet or playing games since teenage life can be particularly stressful. This may be followed by some negative consequences, but these have to be balanced against the potential benefits – findings suggest that gaming for a few hours reduces stress and leads to fewer family conflicts.

As a report from EU Kids Online notes, restricting the time young people spend online is therefore not a solution, as it ignores the underlying causes of the behavior. Instead, the recommendation from EU Kids Online is that when heavy internet use is followed by problematic consequences the focus should be on identifying potential offline problems that may lead the child to spend more time online. These could be stress, complicated family relations or other anxieties that children and teenagers face.

Rather than worrying about heavy internet use and seeking to restrict it, parents would be better off trying to understand the motivations and purposes for it, and through this engage both with the interests and well-being of their children.

Posted In: Children and the Media | Guest Blog | Media Literacy 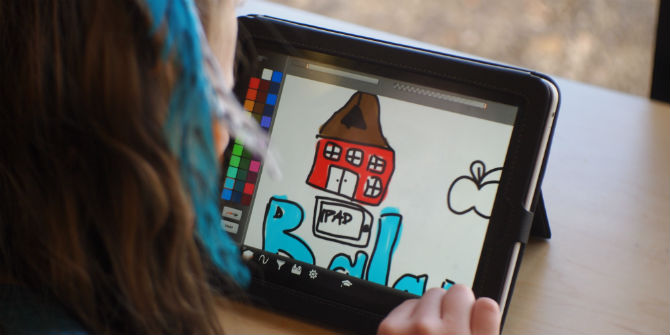