We are facing a year of challenges in Latin America. The region is finally at peace, with the final ceasefire in Colombia, and is overcoming poverty and leaving past disputes behind, as the new Cuba and US relations indicate.

Latin American countries were highlighted in the recently published 2014-2015 Web Index, with Chile featured as a global leader for “Freedom and openness”. Its stable and adequate legal frame placed the southern country in fifth position globally in this category. Brazil passed advanced legislation safeguarding the rights of Internet users, the Internet Bill of Rights Marco Civil, while Ecuadorian academics, supported by the government, drafted a declaration embracing free software, open knowledge, and open government, the Buen Conocer Declaration. Uruguay and its Plan Ceibal is the largest and most successful case of open education, using free software, freely licensed hardware (the now extinct OLPC) and open educational resources for each and every child in primary school – both in the private and public education system – including a strong component of coding and robotics. The Venezuelan government developed the ambitious Canaima project, which, together with regional pioneer Brazil and Ecuador, tried to move public administration to free software. Satellites have been launched from Venezuela, Argentina and Ecuador, and Bolivia launched its own satellite in an effort to provide better Internet connections for rural areas in a landlocked country.

Those are important, yet disconnected steps towards infrastructure needed for an alternative model for the Internet, which is yet to be designed.

There is at least some desire for change. Latin American politicians, whose motives might be disputed, launched a coherent response to the Snowden revelations denouncing them as a massive human rights violation. Their response focused on how massive surveillance posed a threat to national sovereignty, and how LatAm’s dependence on others for connectivity, software and hardware needed to be addressed immediately. The speech of now re-elected Brazilian President Dilma Rousseff – one of the most visible events in the region –  led to the creation of work agendas within different regional mechanisms, including MERCOSUR, CELAC, UNASUR, OAS and ALBA, to address surveillance concerns. The region’s efforts against surveillance have been consistent throughout the year and a half since the revelations, and to date, 14 Latin American countries have endorsed the UN Resolution on Privacy in the Digital Age.

And it seems that the efforts are moving towards alternative Internet(s) for Latin America, especially with South America now heavily investing – through the South American Infrastructure and Planning Council — in the “…development of an infrastructure for the interconnection of the region and among our peoples, based on sustainable social and economic development criteria.” There are a lot of expectations around the UNASUR’S “Digital Ring” which will directly link the 12 member sates of the Union of South American Nations (UNASUR) by 2020. The digital ring will also extend beyond Latin America to South Africa, India, China and Russia. At the grassroots level there are remarkable efforts of community Wi-Fi and independent mobile networks, with efforts such as Rhizomatica autonomous mobile network in rural Mexico. There are also new, innovative ways to connect and distribute information, such as the rich piracy distribution of burned CDs to the distribution of USBs with diverse content among communities in Cuba.

Still, Latin America lacks a coherent, coordinated public policy and a proper legal framework. For an alternative Internet to develop in LatAm, it will require action at all layers of society and involve fights with important sectors, many countries might already have their hands tied because of hard clauses of their free trade agreements with North America and the EU.

By working together with political leaders and putting the necessary political pressure on regional leaders to work for change, the Latin American region’s 400 million inhabitants – most of whom are young and increasingly connected – could have a huge impact on progress toward a different model framework for the knowledge society.

Taking advantage of the momentum, new investments, and thriving civil society, perhaps the region could become for the Internet what Iceland failed to be with its Icelandic Modern Media Initiative. Perhaps it is time to start experimenting and developing the best policy frame for the Internet of the future in Latin America, exercising the sovereign power of nations and at the same time increasing investment opportunities in different models, which uphold human rights, privacy and anonymity. In the meantime and as discussions start on the implementation of the Marco Civil, and Cuba redefines its ways to connect to the Internet with the new US-Cuba trade regulations in force, Latin America is the place to watch.

This article gives the views of the author, and does not represent the position of the LSE Media Policy Project blog, nor of the London School of Economics and Politcal Science. 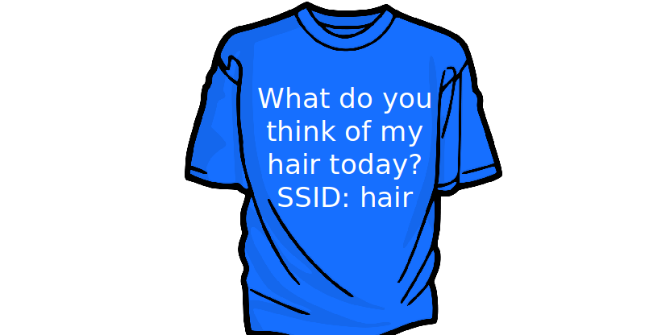