Andrej Školkay, head of the School of Communication and Mass Media in Bratislava, Slovakia, assesses the proposed amendment to Slovakia’s law on freedom of information, comparing it to the Czech act and looking at the changes it will herald if approved.

After two years of preparation, the Slovak Parliament is going to discuss an amendment to the law on freedom of information (FOIA) . However, considering the many objections and specifications raised by a published draft, it is not clear when exactly this will happen. The legislative plan was for the amendment to come into force in July 2015 with some provisions posponed till March 2016. Thus, the amendment is expected to be approved by the Parliament in coming weeks.

There have already been amendments to the FOIA (see here and here) but this is expected to be a rather more substantial sea-change. The discussion of this draft reflects the longer interest of watch-dog activists, journalists and common citizens in this issue (see analysis here).

The Slovak FOIA’s relatively short history has been marked with success in granting citizens, activists, and organisations access to information. Indeed, as argued in a 2013 report from ANTICORRP by Alina Mungiu-Pippidi, “the existence of watchful and demanding citizens is an essential deterrent for the rent-seeking behaviour of governments”. Furthermore, according to the report, the impact of FOI acts on fighting corruption seems to be stronger at mid to high levels of development and when non-state actors play a large role in its implementation.

Slovakia has deep problems with various forms of corruption and corrupt behaviour, and at the same time seems to be somewhere between mid to high levels of development. Therefore, it is very welcome that the FOIA has helped the media and activists to uncover some of the most shocking scandals related to abuse or inefficient uses of public money. On the other hand, the FOIA has allowed people to make the lives of those working for state authorities far more complicated, on occasion flooding them with dozens or even hundreds of requests for information. For example, an angry young businessman submitted virtually thousands of requests for information to a local tax office a few years ago, causing a partial collapse of that institution. Finally, the FOIA has enabled many students to get information for their upcoming exams.

There are many changes proposed in this latest amendment to the FOIA; the following list are some of the most relevant and interesting. I mainly used two sources for assessing pros and cons: Transparency International Slovakia, and a legal blog on one of the country’s main news sites.

If the Parliament passes this amendment, Slovakia will have some of the most liberal laws in Europe when it comes to public access to information. Perhaps in contrast to media reports, Slovak politics are moving towards more open and responsible governance. This draft law is a clear signal of this positive trend. Although there are obviously some official voices that would like to limit aspects of current draft extension of the FOIA the general political development seems to suggest optimism.

Yet it also is interesting to note how the Czech FOI Act and Slovak FOI Act differ. Both acts were passed at a similar time, both have common legal culture, both are based on EU directives, and both were amended almost equally. However, the Slovak FOI Act is increasingly more enumerative (mentioning explicitly more and more details of what is allowed to be made public and what is forbidden to make public, including more detailed administrative rules), while the Czech FOI Act still remains more general (sticking to a broad legal framework). There are also other more subtle but significant differences. For example, while the Slovak FOI Act stipulates in section 20 the rules of evidence for statistics about requests for information, the Czech FOI Act goes much further, mentioning, in section 18, the duty of legal bodies (which are bound by this Act) to make public each year detailed descriptions of statistics related to the application of this law.  These statistics include, among other aspects, descriptions of substantial parts of each court´s ruling with respect to the legality of denying access to information, as well as related legal and personnel costs.

It also is interesting to compare the quality of analytical materials prepared by the Czech authorities and Slovak authorities with respect to use and amendment of FOI Acts in each country. While the Czech analysis on the use of FOIA from late 2007 has 121 pages, the Slovak analysis on the use and amendment of the FOI Act is missing. Instead, one can count more than 750 comments on the draft, raised mostly by the state authorities themselves. In other words, although  the Czech analysis also mentions limited interest of both citizens and NGOs in preparation of their analysis, the Slovak public sector seems to rely in its legislative process not on previous in-depth analysis, but instead on additional comments to a draft (submitted by the key coordinating body – in this case, the Ministry of Justice) of other subjects, mostly state authorities. This is not to say that NGOs or citizens remained totally passive – on the contrary.

Be that as it may, it is almost certain that the amendment to the Slovak FOI Act will be passed. The Government is a single-party majority so no coalition problems exist. In addition, the right-wing opposition must, by logic of its position, defend and even try to expand access to information. One can of course expect, as usual, minor changes (likely decreasing rather than increasing limits of access to information) as a result of vested interests. 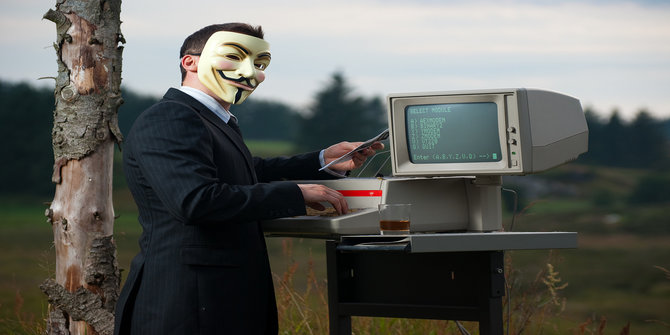