This summer, UK Culture Minister John Whittingdale launched a public consultation on the Government’s Green Paper on BBC Charter Renewal. Responding to the question on the BBC’s market impact, Claire Enders and Patrick Barwise, writing for Enders Analysis, examine the corporation’s contribution to UK content. Their report finds that the UK creative sector would suffer a significant decline in investment without the BBC.

The Green Paper acknowledges that audiences are strongly positive about BBC TV but then sweeps aside the consumer interest and the benefits to them of competition, choice and plurality, to focus instead on eliciting evidence from stakeholders on the BBC’s possible negative impacts on commercial media. A key theme running through the section is the explosion of BBC channels during the past twenty years and the impact it is having on the commercial sector.

Question 5 of the Green Paper asks: “Where does the evidence suggest the BBC has a positive or negative wider impact on the market?” We have covered some of the market impact issues relating to online news in a separate report. The focus in this new report is on television, which currently accounts for 75% of total BBC spend on content, which was £2.4 billion in its latest financial year running from April 2014 to March 2015. Outcomes are ranked according to a simple and readily verifiable metric: the amount of investment in new UK-originated TV content.

A micsconception of the BBC’s role in the creative economy

The BBC is a major pillar of the UK creative economy. However, the BBC’s ability to sustain its current levels of content spend has been put under severe stress by the government intervention in early July to withdraw from its subsidy of the over-75’s completely by financial 2020/21, currently worth a little over £600 million per annum.

The Green Paper’s vision is of a marketplace where all of the BBC’s supposed negative market impacts are eliminated, somehow leading to a large increase in commercial provision of new UK content. In reality, however, the BBC will be hard if not impossible to replace. As Ofcom said in its third PSB review:

“Excluding sport, the public service broadcasters spent just over £2bn on new UK content in 2013, compared to the multichannel sector’s equivalent investment of around £350m. The BBC is the cornerstone of the PSB system and is the key driver of investment across the system.”

The Green Paper largely ignores – apart from a few token acknowledgements – the BBC’s positive market impacts and offers no evidence that the BBC significantly harms commercial suppliers. The evidence, in reality, is of the opposite. The UK has the biggest creative economy in Europe and is the second leading exporter of audiovisual behind the US. Per capita measures of this success include the highest expenditure on cultural products (newspapers, TV and books) and the highest creative sector Gross Value Added (GVA) in Europe, thanks to which the creative economy’s growth has outpaced that of GDP, also earning the UK considerable intangible benefits reflected in its top global ranking on soft power.

We find it extraordinary that this long term success story is either unknown to the authors of the Green Paper or somehow seen as irrelevant to the question of the BBC’s overall net market impact. Economics may be an inexact science but it is still preferable to the fantasy that the UK creative economy will rapidly and massively expand to fill the gap caused by the government-mandated reduction in by far the biggest investor in British creative content.

This report examines whether the withdrawal of BBC investment would be compensated by the commercial sector through increased commercial revenues leading to higher content spend. To date, the evidence suggests that this will be anything but the case and the negative consequences of reducing the BBC in this way will be severe. We start with what has already happened and the current state of the UK creative economy before examining the implications of further cuts.

The cuts in the BBC’s real funding resulting from the October 2010 and July 2015 settlements have reduced and will continue to reduce aggregate investment in original UK content, adversely impacting the wider creative economy. As this report shows, the gap in British-made TV programmes is not being, and will not be, filled by the commercial players. Even before the 2015 cuts start to bite, reduced BBC TV funding from the 2010 settlement is already leading to lower commissions and international sales for the independent TV production sector. International TV revenues fell in 2014 for the first time since 2007 (see Figure 1).

We expect the current and continuing cuts in BBC TV’s real revenue to have three main negative impacts on the commercial sector:

The success of the UK’s creative economy is still the envy of the world, and certainly of Europe. In 2013 the UK had the largest creative industries cluster in Europe in per capita terms with €787, versus €636 in Germany and €499 in France, as well as much the largest employment in that segment relative to population.

All European member states have their own cultural and industrial policies but there has been huge variation in outcomes, with only Germany and the UK joining the USA as major global cultural and economic creative forces. Historically, the policies in Germany and the UK were broadly similar, but UK outcomes have been better due to constantly rising global demand for English language material and, linked to this, the success of the BBC compared with the German PSBs. Both countries adopted broadcasting market designs that promote original local content investment through the interplay of commercial PSB oligopolies with significant public interventions. Germany’s household levy is higher than the BBC’s licence fee (see Figure 3), and, with a significantly larger population, generates much greater overall income.

The BBC is the core investor on behalf of the British public in each of the radio, online and TV markets and the central pillar of the PSB system. Its investment in TV accounts for 75% of its total content investment. In summary, the BBC has just over 20% of total UK TV industry revenue, accounts for about 40% of investment in first-run UK content while achieving 33% share of total TV audiences (30% in satellite/cable homes). Against a generation ago, BBC TV no longer competes for significant TV, movie imports or sports rights, as a result of which it spends 93% of its TV programme budget on original UK content.

A central theme of the Green Paper is that the BBC provides content that could have been profitably supplied by commercial players (e.g. light entertainment, soap operas, sport), the assumption being that it therefore ‘crowds out’ some provision by those players, clipping the commercial players’ wings. For instance on p.25 it states:

“The commercial television sector can struggle to compete with freely distributed BBC content. BBC News 24, for example, introduced in 1997, was aimed at broadly the same market as Sky News, and Channel 4 and ITV in particular are impacted by the BBC’s provision for prime-time audiences.”

To test these assertions, it is helpful to define what might be a potential negative market impact on commercial sector revenues: by providing content attractive to viewers, listeners or online users, does the BBC reduce the commercial players’ (i) audience/consumption and therefore (ii) their revenue and therefore (iii) their content investment?

Bearing in mind that this narrowly defined exercise may respond to the Green Paper’s emphasis on supposed ‘crowding out’ but ignores both the BBC’s numerous positive market impacts (noted in the Green Paper as quality content and positive effects for the creative industries) and the wider purpose of Government policy-making which should be the consumer’s welfare. A market impact of this kind does not encompass the loss to consumer welfare from reduced choice of content, some of which (the ‘market failure’ genres like children’s TV programming) would be irreplaceable because the commercial sector would never supply it.

This report from Enders Analysis is reproduced here with permission and thanks. This post gives the views of the authors and does not represent the position of the LSE Media Policy Project blog, nor of the London School of Economics and Political Science. 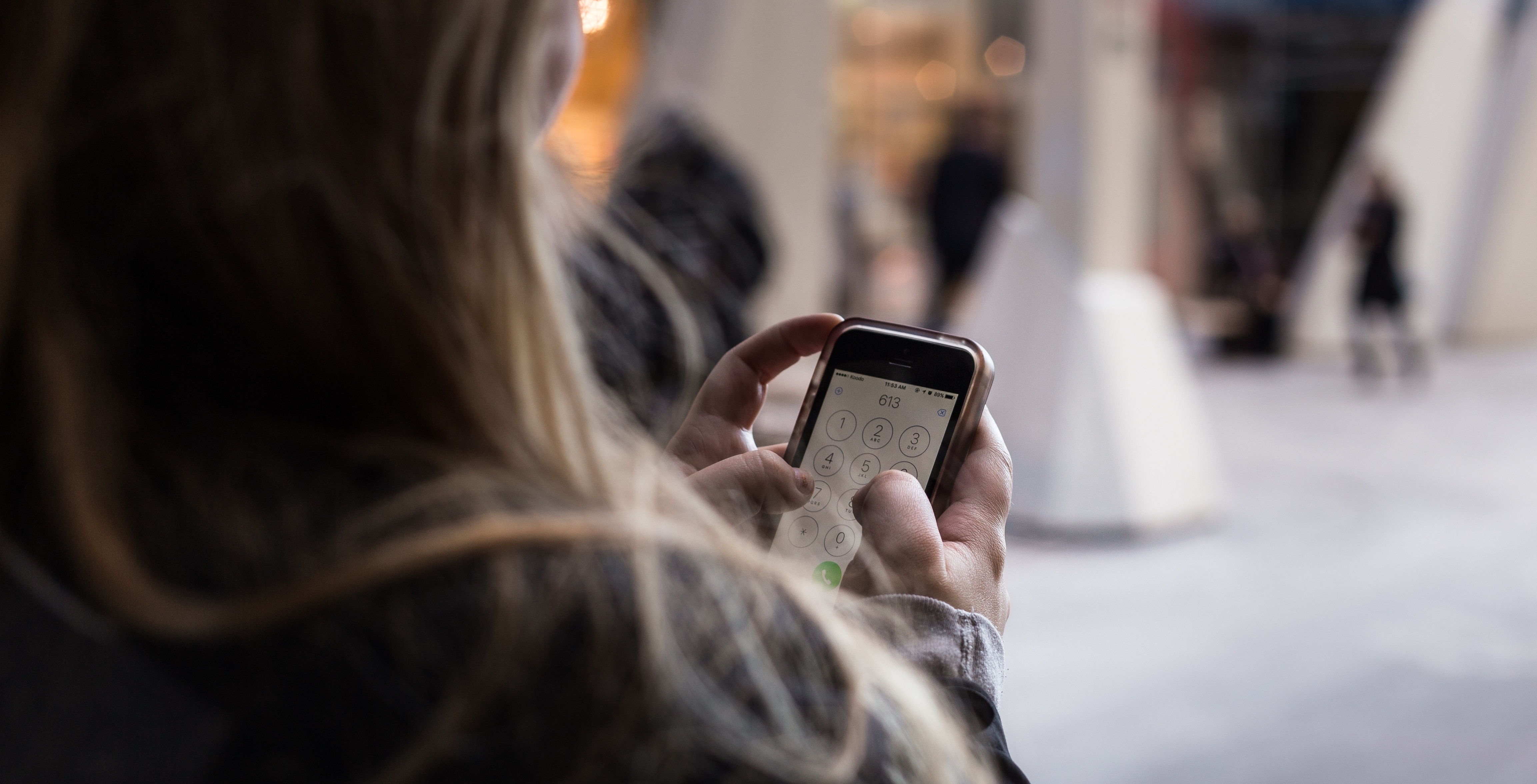