Sabrina Wilkinson, PhD researcher at Goldsmiths, University of London, researches the politics of internet regulation in Canada. In this blog post, she outlines the state of telecommunications services in Canada, with particular reference to a decision by the Canadian Radio-television and Telecommunications Commission (CRTC) that allowed a major provider to block access to a Mobile Virtual Network Operator (MVNO) start-up from roaming on its network. She outlines some of the key tenets of this policy and provides insight into what it means for the future of competitive mobile wireless telecommunications in Canada.

It is no secret to Canadians that they pay above-average wireless prices relative to other countries in the Organisation for Economic Co-operation and Development (OECD) and around the world. A quick scan of annual reports commissioned by Canada’s media regulator, the Canadian Radio-television and Telecommunications Commission, and the government department of Innovation Science and Economic Development reveals that Canadian wireless prices are consistently on the higher end of examined jurisdictions (see reports from 2015, 2016 and 2017). In an even more condemning study, the Rewheel consultancy recently reported that while wireless consumers in half of all 28 EU countries can purchase between 100 and unlimited GBs for €30, the same price can only buy 2GB in Canada. Other research shows that Canadians pay costly roaming fees and data overage rates.

The arguments often put forth by Canada’s three national providers (Bell, Rogers and Telus) are that high retail prices go towards the provision of innovative telecommunications services across Canada’s expansive geography and to its sparse population. Some would actually suggest that Canada’s wireless sector is a ‘highly competitive’ arena. In a report outlining the state of telecommunications in Canada, the Montreal Economic Institute (MEI) goes so far as to state that since “Canada has successfully transitioned from monopoly to competition, the CRTC should be phased out as Canada’s telecommunications regulator, and the sector should move to a general regime of competition law”. However, experts such as University of Ottawa law professor Michael Geist have pushed back on the report, pointing out flaws in the MEI’s findings, including the fact that Canada’s wireless prices fare poorly even against countries that are less densely populated.

Indeed, as politicians, academics and citizens alike have long-held, Canada’s wireless sector has a competition problem.

Accordingly, the CRTC’s recent decision to maintain the key policy elements of a March 2017 decision that allows a major wireless provider to block access to a mobile virtual network operator (MVNO) start-up roaming on its network is disappointing. MNVOs are mobile wireless service providers that do not own the infrastructure over which they provide services. Instead, these operators purchase wholesale access to these facilities from major carriers and resell their services, often at lower rates.

The case involves a dispute between one of Canada’s national carriers, Rogers, and MVNO Sugar Mobile. Rogers, which had been providing wholesale roaming services to the MVNO, argued that Sugar Mobile allowed subscribers to access Rogers’ facilities on a permanent rather than roaming basis. The CRTC agreed with Rogers and ordered Sugar Mobile to stop using the national carrier’s facilities on such a basis within the next fifty days. The regulator also gave Rogers the authority to end its roaming agreement with the MVNO entirely, if unauthorized use continued.

Sugar Mobile has been heralded by many as a strong example of a pioneering and cost-effective alternative to Canada’s ‘Big Three’ providers. At CDN $19.00 for 400MB of non-WiFi data, the MVNO’s prices are far below its national competitors’ offerings. However, despite the fact that a review of the initial decision was ordered by innovation minister Navdeep Bains, the main components of the CRTC’s original decision were upheld this spring. This move reflects the CRTC’s backing of facilities-based investment, characterized by support for “continued innovation and investment in high-quality telecommunications facilities”. Given that Sugar Mobile has had to halt the provision of services to between 80 and 90 percent of its subscribers, it is unclear whether the start-up will survive.

The CRTC’s decision reflects an unwillingness to support mandated-MVNO access. While the regulator has before stepped in to control how much the national carriers may charge for access to their facilities on a roaming basis, the CRTC has not gone so far as to mandate that these operators must provide MVNOs with wholesale network access to their infrastructure. The upshot of this decision is that the Big Three must be willing to provide access to MVNOs. Those potential new entrants that are not able to negotiate a deal and cannot afford to build their own networks are thus discouraged from entering the market at all.

The regulator seems to have decided that the solution might instead be to order the Big Three to provide low-cost data-only wireless plans, presumably to offset the alternatives that would have been available through Sugar Mobile and other start-ups with similar business models. The three proposed plans charge significantly more than Sugar Mobile’s offering: Rogers with 400MB for CDN $25.00 and Bell and Telus with 500MB for CDN $30.00. Laura Tribe, executive director of consumer advocacy organization Open Media told the CBC, “it’s embarrassing and quite frankly it’s rude to think that these are functional plans”.

The CRTC’s lack of support for MVNOs is especially disappointing because regulatory efforts to bolster the MVNO model have led to increased competition in other countries’ wireless markets, particularly in Europe. A 2014 McKinsey report suggests that MVNOs in many European countries hold substantial market shares in the mobile sector, including in the Netherlands (where 64 MVNOs hold a 41% market share), Germany (93 MVNOs with 40%), Denmark (35 MNVOs with 25%) and Austria (18 MVNOs with 25%) (p. 3). Despite recently introduced roam-like-home regulations in Europe that have had direct implications on MVNO’s profits, experts are of the view that the business model is nonetheless a viable alternative to investment in facilities.

In Canada, meanwhile, the CRTC’s 2017 Communications Monitoring Report suggests that “Canadians were served by three large national [wireless service providers], collectively accounting for 89% of wireless service subscribers. A number of smaller, regional, facilities-based WSPs and a small number of mobile virtual network operators and resellers accounted for the remaining 11%” (p. 294).

This is not to say there have not been decisions made in support of a competitive mobile wireless system in Canada by the CRTC in recent years. The regulator’s 2017 framework for assessing differential pricing practices related to internet data plans, which prevents fixed and mobile internet providers from charging preferential rates on certain types of content, is another boon for wireless competition in Canada. Alongside strengthening net neutrality in Canada more broadly, which is an invaluable component of the free and open internet, the decision supports operators who neither own content nor have connections with content providers. Moreover, the CRTC’s 2015 regulatory framework for wholesale mobile wireless services which, amongst other provisions, “directed the national wireless carriers to provide wholesale roaming subject to rates, terms, and conditions established by the Commission” was at least a step in the right direction, but it still stopped short of actually providing mandated access to MVNOs. The regulator has also affirmed that it will review the wholesale mobile wireless framework within the next year; however, given the CRTC’s previous policies and its propensity for delaying decisions on this particular issue, it seems unlikely that mandated-MVNO access is on the cards anytime soon. 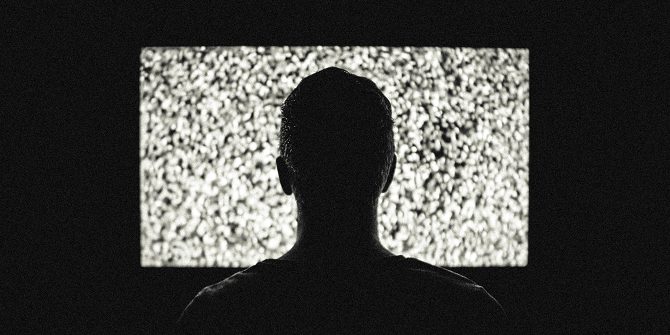