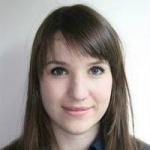 In the recent EU elections, Germany’s two major political players CDU (the centre-right Christian Democratic Union) and SPD (the centre-left Social Democratic Party) incurred historic losses, losing 7.4 and 11.5 percentage points respectively. In this post, Nora Kroeger, PhD researcher at the LSE, discusses how the aftermath of the elections has brought about a curious debate around the regulation of online freedom of expression which was sparked by the viral success of a video made by a YouTube influencer.

One week before the EU elections, the German YouTuber Rezo published an almost hour-long video titled “The destruction of the CDU”. In the video, the influencer – who usually posts light-hearted apolitical content such as YouTube challenges – sets out a broad range of arguments why the disregard of scientific evidence and resulting incompetent policy-making by the German parties CDU, SPD (and also far-right AFD) should convince citizens to vote for other parties. Analysing how their policies are lacking, Rezo covers the areas of income inequality, education, climate protection, and human rights compliance in warfare. Attached to the video – which according to Rezo took weeks to prepare – is a 13-page list of the sources used which are numbered and superimposed onto the video. The overall take-away from the subsequent fact-checks of the video (which even spawned a fact-check of the fact-checks) is that Rezo’s general points are valid, particularly concerning climate change. Criticisms made about the video are that it makes omissions, it could have selected different data and that it oversimplifies complex topics.

The video went viral – partly due to Rezo’s approx. 2.5 million followers on his two channels and partly due to support from other social media stars. So far, it has been watched by 13 million viewers. Six days later, his YouTube channel published a follow-up video in which a group of German Youtubers (currently 90+ participants) are openly supporting Rezo, stating that politicians should listen to the overwhelming consensus of scientists and experts and that citizens should vote for parties which have stronger policies than CDU, SPD and AFD.

Scrambling to do damage control, CDU politicians distinguished themselves with antagonistic tweets (“This young man is spreading an endless stream of fake news and is populist down to the tips of his blue hair.”), incorrect bible quotes, backpedalling and clumsy belated attempts to earn goodwill from Rezo and German netizens. And then the CDU suffered substantial losses in the European elections. 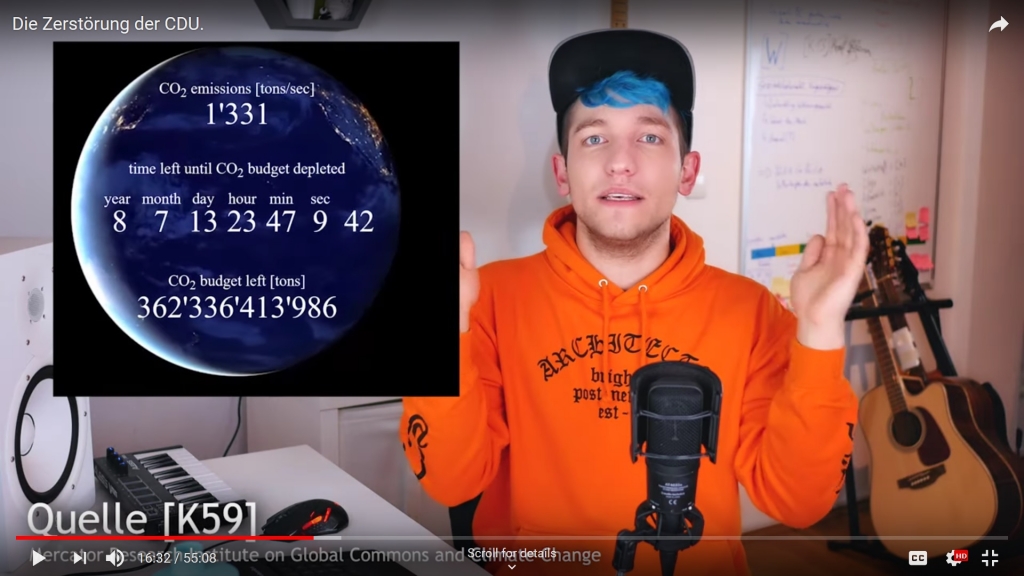 The accusation of ‘asymmetric election campaigning’

This whole matter would not be relevant for media policy, had party leader Annegret Kramp-Karrenbauer (‘AKK’) not made the following comment (translated from German) in response to her party’s disappointing election results:

When the message came that a group of YouTubers got together to start a call, a campaign call against CDU and SPD, I wondered what would happen in this country if a group of…say 70 newspapers would declare two days before the election “We are making a joint call: Please do not vote for CDU and SPD.” That would be clear manufacture of opinion [German term: ‘Meinungsmache’] before the elections. And I believe, it would have sparked a lively discussion in this country.

And this question is already coming up regarding the topic of opinion-making. What actually are the rules from the analogue sector and which rules are in place for the digital sector, yes or no. That is a very substantial question which we will discuss. And not only in the CDU and with the CDU, but I am sure in all media policy and democratic theory discussions in the coming period this will play a role. And that’s why we will approach this discussion in a forceful manner.

The word ‘Meinungsmache’ is not easy to fully translate into English. Its literal translation is ‘opinion-making’ but it has a negative connotation that implies an intentional, rather artificial manufacture of opinion and smacks of propaganda and manipulation. It is a curious phenomenon that what led CDU’s party leader to ask “what goes” in online freedom of expression is a mainstream Youtuber talking about research evidence and political parties (instead of, say, recent findings that supporters of Germany’s far-right AFD are disproportionately visible in the online public debate because they generate so much content). The CDU is currently the largest party in Germany. For that reason, it is even more curious to see that the term ‘asymmetrical election campaigning’ (German term: ‘Asymmetrische Wahlkampfführung’, most likely a deliberate parallel to the term ‘asymmetrical warfare’) is now on the agenda for its upcoming party meeting – does the CDU really think a single YouTube video, no matter how viral, could outweigh its own PR machinery, causing an asymmetry of power that disadvantages the CDU?

Of course, AKK’s statement sparked massive criticism from opposition politicians, journalists, constitutional scholars and citizens – particularly as Germany is currently celebrating the 70th anniversary of its constitution which in article 5 enshrines the right to free expression of opinion. She responded that it was “absurd” to claim she wanted to regulate the expression of opinion. However, she also added that “we have to talk about are rules that apply to election campaigning” which was echoed by her party’s head for digital policy.

So what is the legal context of digital freedom of expression in Germany?

Article 5 of the German constitution guarantees freedom of expression and right to information: “Every person shall have the right freely to express and disseminate his opinions in speech, writing and pictures and to inform himself without hindrance from generally accessible sources.” The lawyer Christian Solmecke wrote a comprehensive blog post illustrating the legal implications of the Rezo case: While there are legal provisions that regulate political freedom of expression in broadcasting (more regulated, particularly in public service broadcasting which needs to adhere to objectivity and impartiality) and press (less regulated, explicit party endorsements and boycotts are allowed), there exists less regulation for the internet. Online defamation and hate speech are illegal like their offline counterparts. Most YouTube videos are classified as “tele-media” and have to follow a number of broadcasting laws. In addition, they are often interpreted as being similar to television which obliges YouTubers to label paid content and abstain from paid political advertising (none of which apply to the case at hand). As Rezo’s channel is not classified as professional outlet for journalism, journalism standards do not apply in his case (and the research underlying the video would likely comply with journalistic standards anyways). Therefore, the video in question fully complies with German legal provisions.

Digital regulation in Germany – to be continued?

Germany has recently displayed an appetite for online regulation, including:

It remains to be seen whether we will now also see new German regulation that focuses on digital media content during campaign season. Faced with disinformation, a lack of transparency in political advertisement online, cyber security issues, as well as online hate speech and abuse, it certainly makes sense for states to think about whether and what to regulate now that political campaigns are majorly being fought online. At the same time, the intention to regulate should come from a clearly identified (and actually relevant) set of problems instead of stemming from a Youtube video that passed fact checks and just so happened to annoy the ruling party. Especially not when said party is still inviting media to their events via fax.