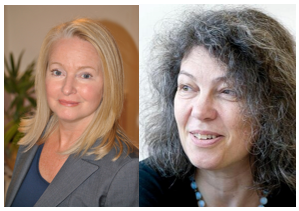 The consultation on the Online Harms White Paper, published jointly by the UK government’s Department for Digital, Media, Culture and Sport (DCMS) and the Home Office, closes on July 1. It calls for a new system of regulation for tech companies with the goal of preventing online harm. Julia Davidson and Sonia Livingstone were part of a group commissioned by DCMS to look at the evidence around online harms experienced by adults, and here they explain some of findings of their review.

“The regulator will take a risk-based approach, prioritising action to tackle activity or content where there is the greatest evidence or threat of harm, or where children or other vulnerable users are at risk” (p.9)

It notes further that:

“There is growing evidence of the scale of harmful content and activity that people experience online” (p.12)

Given this situation, the White Paper proposes that a new regulatory framework be set up, under which industry should have a statutory duty of care and the new regulator would have powers of enforcement (possibly including fines and senior management liability). It calls for a culture of transparency, and for industry to demonstrate the steps taken to combat serious offending. None of this is uncontroversial, and discussion (including on this blog) has been lively.

So what is the nature of that “growing evidence”? And how strong is it? Our report for DCMS – “Adult Online Hate, Harassment and Abuse: A rapid evidence assessment” – has finally been published. This complements our earlier report for DCMS on “Children’s online activities, risks and safety: A literature review by the UKCCIS Evidence Group.” Both reports stem from the work of the Evidence Group of the UK Council for Internet Safety.

We note first that, compared to the volume of research on children, the UK research evidence base on harms to adults is patchy and incomplete. That said, our report critically evaluates what evidence there is regarding online harassment, revenge pornography and image based abuse, and online hate – all dubbed “Harms with a clear definition” – as well as cyberbullying and trolling. Based on a rapid evidence assessment of recent literature from the UK, EU and the US (with some international studies), a key finding was that these various harms are not so clear in the research literature, neither in terms of definitions nor measurement. Nonetheless, the findings do point to a societal problem in need of urgent attention. In this blog post, we focus on the findings for revenge pornography and online hate content.

Revenge pornography is a subset of image based abuse, including both the non-consensual sharing and creation of sexual images, for a variety of motives, ranging from sexual gratification to harassment, control and extortion. S33 of the Criminal Justice and Courts Act 2015 creates an offence of disclosing private sexual photographs or films without the consent of an individual who appears in them and with intent to cause that individual distress. The legislation has been criticised as inadequate particularly in respect of anonymity for victims, and a Government review is about to get underway. Few studies have looked at the prevalence rates of revenge pornography, and prevalence is hard to quantify with variations in methodology and definition.

Most importantly, there is wide agreement in the literature that the harm caused by revenge pornography can be devastating. Victims may:

Most of the research on the experiences of victims of online hate focuses on those of different races and religions. Anti-Semitic online hate is prevalent and centres on themes of perceived Jewish influence/power, conspiracy theories of world domination, and Holocaust denial/trivialisation. However, the volume of Islamophobic online hate has risen exponentially, often increasing following ‘trigger’ incidents such as terrorist attacks.

Online hate towards migrants, refugees and asylum seekers is being increasingly explored in research. It is clear that police statistics indicating that approximately only 2% of online crimes have a hate element underestimate the extent of online hate. For example: 4,123,705 tweets were sent across the world that could be considered anti-Islamic between 18 March-30 June 2016.

There is only a small body of research exploring the impact of online hate crimes. The research that does exist demonstrates that:

It is clear that the experience of some form of hate and/or harassment is a normal aspect of online life for many adults. For some, the experience of online hate and sexual abuse is particularly pervasive and damaging, sometimes having a lasting impact upon their health, wellbeing, employment and lifestyle. UK legislation is piecemeal and online aspects are often added to existing legislation particularly in the harassment area, leading to difficulties in prosecuting cases. Victims believe that industry could do much more in preventing harms and responding to complaints and state that they are often not taken seriously by the police; indeed most would not bother to report online harms.

For more findings, check out our full report. We hope it provides last minute food for thought for those who haven’t yet got their white paper consultation response in. After all, whatever the difficulties of regulating online harms, we can surely all agree on the importance of evidence-based policy.