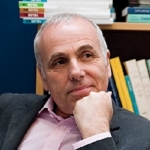 Philip Schlesinger, Professor in Cultural Theory at the University of Glasgow and Visting Professor at the LSE, looks at Scotland’s post-devolution media and the wider forces driving change in the communications ecology.

Following Scottish devolution in 1999, the Scottish media became increasingly central to the new democratic polity. A system of political communications, centred on the Scottish government and parliament, along with a new wave of lobbying, rapidly came into play. A variant of the Westminster system was adapted at some speed to Scottish circumstances. The new institutions shifted the centre of gravity of Scottish politics and had a rough ride from the media in the early years of devolution.

The reshaping of the relations between media and politics was a new twist in an old story. Scotland has long had a dual public sphere in which both the British and the Scottish dimensions of politics are co-present. You can’t avoid the UK agenda in Scotland; but you can easily ignore the Scottish agenda in the wider UK. There is an in-built communicative asymmetry between Scotland and the ever-growing London-centric concentration of power and influence. Of course, this imbalance is also common to other part of the UK. But in a devolved context, riven by the question of independence, it has tended to dramatize constitutional arguments.

Since devolution, mediated Scottish politics has spoken more to itself, become harder to read from the outside and increasingly marginal to the awareness of the wider UK public. This tendency was already evident a good decade ago.

As the divisions over Brexit continue to sharpen and the British state experiences exceptional strain, the lack of routine media coverage addressed to a general public across the UK nations matters increasingly. In fact, it has taken critical moments such as the independence referendum of 2014 to put post-devolution Scotland firmly on the UK media agenda. And then, after whatever counts as the latest fix –the Smith Commission which quickly followed indyref – inevitably attention fades. Right now, given the extent of Scottish dissent regarding Brexit, and the increased potential for the break-up of Britain, this potential fracturing is back on the agenda but how it plays across the UK’s political class and electorate varies widely. The expedient anti-Brexit alliance now shaping up between London Labour and the SNP has propelled independence into the front line of conflict over the EU.

Taking distance from current events, we should recognise that the distinctiveness of Scotland’s public sphere within the union has a long history. Since the eighteenth century at least, the Scottish press has been a significant player north of the border. Newspapers such as Edinburgh’s The Scotsman and The Herald in Glasgow –  influential in their time in shaping elite opinion and claiming to speak for the nation– were major cheer-leaders for the new political arrangements north of the border. During the indyref campaign in 2013-14, the devolution-oriented press was overwhelmingly for the union.

The precipitous post-devolution decline in print sales of the Scottish press, the retrenchment of investment in quality journalism, and fading democratic influence, have been regularly discussed in Scotland’s intelligentsia. As legislative powers have shifted north of the border, the collective capacity of the country’s newspapers to hold government to account has declined. In common with the rest of the UK, over the past decade or so the digital revolution has wrought profound change in the media economy. In Scotland, this matters disproportionately. While virtually all major ‘indigenous’ titles have survived the significant shift in consumption from print to mobile devices, provided with deeper pockets Scottish editions of the London press have made headway in the market place.

When public service broadcasting (PSB) was established, radio (in the 1920s) and television (in the 1950s) acquired a Scottish dimension. Programmes produced for Scottish audiences are all regulated by Ofcom to address Scottish distinctiveness. North of the border, an insistent question has been whether there is enough high-quality Scottish content broadcast on the UK network, whether it is of the right kind and whether enough is produced by Scottish-based media. The key broadcasters are BBC Scotland Radio and TV, STV – the commercial station that is part of the Channel 3 (ITV-dominated) network, the Gaelic-language TV service MG Alba, and Channel 4 which is now growing its ‘nations and regions’ production. Commercial radio remains popular, despite its decreasing amounts of Scottish content.

The BBC is always in the eye of the storm. In the SNP’s independence White Paper, Scotland’s Future, BBC Scotland was the focal point of plans to turn it into a Scottish Broadcasting Service.

Pro-independence discontent with the corporation’s media coverage of the 2014 referendum was intense and in some quarters antipathy to the BBC has not disappeared. Similar divisions are evident in the fraught culture war over Brexit.

During the indyref campaign, to counter to the perceived hostility of established media to the independence cause the mediated public sphere expanded somewhat. New political websites were launched and there was intense political use of social media. This shift was underpinned by Scotland’s widespread political engagement in 2013-14, which for younger generations was a first entry into a politics of commitment. Since then, although this dimension of the public sphere has not disappeared, it has become far less obviously significant.

Interestingly, it is ‘legacy’ broadcasting that has expanded most of late. Recent big ticket developments have been the creation in February 2019 of BBC Scotland’s television channel, which came in response to the demand for more Scottish content serving the national audience. The jury is still out on whether this will be a success. Channel 4’s has now set up one of its new ‘creative hubs’ in Glasgow. After a long hiatus, there is also renewed a focus on public support for the audiovisual sector in the shape of Screen Scotland.

Looking ahead, however, it is plain that the time for channels is now increasingly passing. The UK’s drama market is ever more dominated by the streaming of audiovisual content by unregulated global streaming platforms such as Netflix and Amazon Prime, which hugely outmatch the broadcast finance available to UK broadcasters. The 16-34 demographic is abandoning traditional ways of accessing news and viewing mainstream TV. The digital device-driven transformation of consumption is displacing public service broadcasting from its former centrality. Netflix is viewed as much in Scotland as the BBC iPlayer.

The launch this year of the streaming service BritBox by the BBC and ITV, along with the lengthening of the BBC iPlayer catch-up period to one year, have come rather late in the PSBs’ fight-back against the mega-streamers.

Standing back, it is clear that Scotland’s media are an integral part of a UK communications scene being rapidly reshaped by digitally-driven technological change, new audience consumption patterns, and the distribution strategies of global actors. Furthermore, depending on what is negotiated, the imminent prospect of leaving the EU’s single market may well have profound implications for cultural trade, not least audiovisual content, from which no part of the UK will escape.

This article was first published by the University of Edinburgh’s Centre on Constitutional Change, and is republished with permission and thanks. This article represents the views of the author, and not the position of the LSE Media Policy Project, nor of the London School of Economics and Political Science.

House of Lords Communications Committee Inquiry “The Internet: to regulate or not to regulate?”. An overview of the evidence, Part 1