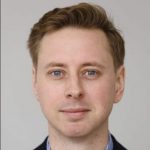 There is little doubt that the Internet is facing significant change due to increased consolidation and concentration. In this post by Carl Gahnberg, policy advisor at the Internet Society, the importance of delving deeper and beyond the application layer of the Internet’s infrastructure when considering policy responses to digital dominance is examined.

A handful of organizations have a significant impact over most of our experiences online, our lives, and even our elections. While concerns over the dominance of digital giants like Google, Amazon, Facebook, and Apple (GAFA) or Baidu, Alibaba and Tencent (BAT) have become more widespread in the past year – attracting the attention of a number of regulators in diverse jurisdictions (e.g. India and the US) – the focus tends to be on the more obvious and visible functions of the Internet’s application layer. Few policymakers have asked about the implications for the Internet itself, including its underlying infrastructure (i.e., that which makes it run and work).

Perhaps I should pause to explain what we mean by the application layer. While there are various ways of looking at the Internet, a simple way is to divide the Internet economy into three separate domains. In one domain we find the access services that enable us to connect and consist of things like who owns the towers or fibre that enable access (e.g., Vodafone). In another domain is the infrastructure services that enable us to, build, sustain and innovate, including things like cloud services (e.g. Amazon Web Services). Finally, there is the domain of applications and services we as users see when we interact with the Internet (consisting of things like YouTube or WhatsApp), and which makes use of the former domains as their underlying infrastructure to deliver their service. This is the application layer.

Given this basic understanding of the Internet, a recent draft document (called an “Internet-draft”) by the Internet Engineering Task Force (IETF), which is responsible for developing open and voluntary Internet standards, defines consolidation as “…the process of the increasing control over Internet infrastructure and services by a small set of organisations”. Internet consolidation can therefore be thought of as a phenomenon to be measured and observed across various layers of the Internet.

What the phenomenon of consolidation implies may vary depending on the lens we adopt to consider its causes and effects. A government may approach the phenomenon with an eye on competition law; a technologist may look at it in relation to protocol development or network resilience; while a civil society advocate may consider it from its impact on privacy, free speech or other digital rights.

With the Internet Society’s roots being in the Internet’s technical community, our ambition is to broaden the debate around this phenomenon, and to also investigate its implications for the Internet as a networking model; characterised by its global reach, openness and permissionless innovation. Put differently, we believe it’s important to also ask: how does the increasing control over Internet infrastructure and services by a small set of organisations affect the technical evolution and use of the Internet?

To untangle some of these questions, we released a report earlier this year which sought to investigate trends of consolidation within the various markets and services that make up the Internet. We identified clear signs that consolidation is a trend in almost all parts of the Internet economy, from access provision and online applications to infrastructure services like transit provision or DNS hosting. But while some of those trends seemed clear the analysis of their implications was not. In fact, rather than definitive answers, we discovered an even longer list of questions.

One of the main reasons for this result is grounded in the fact that the Internet is not a monolith, but a compilation of technologies, services and actors – all contributing their part to the larger whole. As a result, the degree of consolidation, and the particular characteristics of a service, may lead to greater or lesser concerns, and in some instances also have positive implications. From large companies causing competition concerns in diverse markets like web browsers or cloud computing, there is often a flip side of improved security, productivity, and innovation in other parts of the Internet.

The bad, in other words, is accompanied by some good (often in the form of convenience). As regulators and policymakers therefore try to decide how to govern and respond to digital dominance at this critical juncture in time, we need to be careful to not discard the good along with the bad.

To try to answer some of these questions, the Internet Society have partnered with Chatham House to promote more research and debate on these topics, culminating with a special issue of the Journal of Cyber Policy early next year. An event on 10 December in London forms part of this collaboration, with an aim to broaden the scope of considerations to include the infrastructure below the layer of its applications. (For more information about the event and how to register, please see here.)

Carl Gahnberg is a Policy Advisor at the Internet Society (ISOC), where he is focused on issues related to Internet governance. In this role, Carl contributes the organization’s global policy development and its partnerships with international and regional organizations, engaging with global policy makers and non-governmental stakeholders on key Internet issues.

What to do about .ORG