Chiara Benassi of the Max Planck Institute in Cologne and Niccolo Durazzi of the LSE respond to critiques of their blog post on November 18th, in which they refuted claims that Italian trade unions are the main obstacle to reform in the country

In response to our earlier article which appeared on the EUROPP and NETUF blogs, Giovannini and Maselli make two central claims that are meant to prove us wrong. Firstly, they claim that unions – by opposing governments’ attempts to lower employment protection legislation (EPL) – are being harmful to labour market outsiders. Secondly, they claim that unions are unable to think beyond the current labour market framework and more specifically that they are unable to conceive a universal system of welfare that includes also labour market outsiders.

Facts and figure come however in our support to show that these claims do not build on solid grounds of evidence.

Concerning the debate around EPL, since the famous OECD Jobs Study in 1994, it became widely popular that lowering employment protection is the recipe to increase competitiveness and boosting employment. Let alone that, a few years later, the OECD themselves admitted that there is no actual causal relationship between the EPL and employment, David Howell and others show in a compelling and comprehensive way that the link between the two is at best weak.

Therefore, presenting the attempt of the recent labor market reform to lower EPL as a progress and a victory for the workforce as a whole is perhaps a bit naïve and, at the very least, questionable (for an interesting economic analysis of why this is the case, we recommend reading Capussela and Intini on the EUROPP blog). More eloquently than we could, in a recent contributionto the EUROPP blog, Bob Hancké described the structural reforms of the type that Renzi is so keen about as ‘euphemism for cutting wages and making labour markets more flexible’ that ‘have never been shown to work outside economics textbooks’.

Furthermore, lower EPL inevitably means weaker workers’ power because employees who are more at risk of dismissal are less likely to be mobilized. In fact, one could speculate that the Jobs Act has among its aims precisely that of de-incentivizing workers’ mobilization as it includes a provision according to which dismissed workers get a higher financial compensation if they decide not to bring employers to court for unfair dismissal.

Moving on to the second claim, Giovannini and Maselli argue that the unions cannot think of a universal system of welfare. Here, we simply encourage them to look more closely at what unions have been actually proposing since both the CGIL and the ‘hyper-conservative’ FIOM seem indeed to stand for the universalization of welfare provisions that Giovannini and Maselli talk about.

The CGIL has presented in 2003 a proposal for a law that would extend benefits to all workers. In subsequent years, they also produced a feasibility study outlining how the resources needed to extend the welfare provisions could be found. Along the same lines, the final act of the most recent FIOM general assembly states, among other things, that income protection should be extended to all typologies of firms and to all typologies of work and that a guaranteed minimum income financed out of general taxation should be introduced as a universal benefit conditional upon the availability of the benefit claimant to take part in active labour market programmes.

Tying benefits to participation in labour market programmes: it doesn’t sound that conservative, does it? Furthermore, they also suggested the introduction of a single contract (a tutele crescenti) and a reduction of the atypical forms of contract, an issue that the Jobs Act is not so clear about at the moment.

All in all, the further evidence that we provide here confirms that Giovannini and Maselli’s article suffers from the same flaws as Renzi’s discourse: a simplified narrative built on shaky evidence and stylised dichotomies (e.g. old vs. young; permanent workers vs. atypical workers) that may be useful for short-term electoral purposes, but that do not – again – match the evidence.

Chiara Benassi is Postdoctoral Fellow at the Max Planck Institute for the Study of Societies in Cologne. She has worked on atypical work and union strategies across sectors with a particular focus on Germany and Italy.

Niccolo Durazzi is an MPhil/PhD candidate at the LSE Department of Social Policy and Deputy Director of LSE Consulting at LSE Enterprise. He has worked on several projects on various social policy areas for national governments and European institutions. 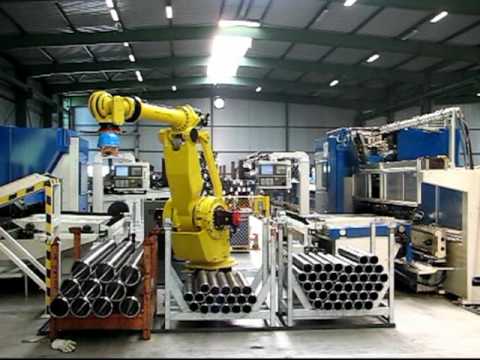 This time is really different: back to robots and work

Mario Draghi is right to doubt that austerity is working, but wrong to argue for wage reductions

The Country-Specific Recommendations and the European Pillar of Social Rights – a step in the right direction?