The Prime Minister is at it again. Saddened by the rise of immigration above ‘the tens of thousands’ promised, David Cameron proposed new curbs on EU immigrants’ access to UK benefits in a recent speech. This proposal is unlikely to be feasible given current EU legislation. Because it is based on a flawed assessment of the problem, this proposal is also unlikely to have any effect on EU immigration and will probably make things worse.

According to the Office for national statistics, net migration – the difference between those leaving (323,000) and those entering (583,000) the country – was 260,000. One often throws this number around in the hope that it will sound big. However, common sense suggests otherwise. Indeed, this represents 0.36% of the total population of the UK (64 million). Yes, 0.36% and you are meant to believe this is a major problem facing the country today. Indeed Cameron criticises the “complacent view that says the levels of immigration we’ve seen in the past decade aren’t really a problem at all”.

But the truly amazing thing is that not even half of those entering the UK are EU citizens: of the 583,000 entering the country, only 228,000 came from other EU countries in the year ending June 2014. And about 20% of EU immigrants came to study. Compare this with the latest number of births (812,970) and deaths (569,024) in the UK. Or think about the fact that we still have 1.96 million people seeking work (only 0.93 million receiving job seeker’s allowance) and 9 million not in the labour force (i.e. those between 16 and 64 either not seeking or not available to work).

Despite no evidence that the bulk of immigration is driven by benefits, Cameron proposes two measures that are entirely based on this assumption:

Why it doesn’t make sense

The first issue with the proposed reform is a misreading of what’s driving EU immigrants’ to come to the UK. Cameron argues that the “generous welfare system, including for those in work – makes the UK a magnetic destination for workers from other European countries”. But many of the benefits are in fact not more generous than in many other EU countries. And migrants are less likely to claim benefits than natives.

In fact, immigrants that are from Central and Eastern European countries are 60% less likely than natives to receive state benefits or tax credits and 58% less likely to live in social housing. In 2011, across all benefits given by Department of Work and Pensions, 6.4% were non-UK nationals and only a quarter of those were from within the European Union. Ironically, Cameron himself concedes as much: “And let me be clear: the great majority of those who come here from Europe come to work, work hard and pay their taxes.” If the majority of immigrants come to work – and they do – restricting benefits would at best alter the immigration decisions of very few people.

Second, the reform is unnecessary. Indeed, as Cameron himself argues the surge in EU immigration is temporary and driven by the economic downturn in other EU countries: “And once economic growth returns to the countries of the Eurozone, and those economies start to grow and prosper, the economic pendulum will start to swing back.” If the problem is a temporary downturn in other EU economies, a permanent curb on EU immigrants’ benefits is unlikely to solve it.

Third, the reform would make matters worse. Cameron boasts that “So as Universal Credit is introduced we will pass a new law that means EU jobseekers will not be able to claim it. […] So instead of £600, they will get nothing.” But if the concern over immigration, as is frequently voiced, is that it puts pressure on the employment conditions and wages of workers in certain occupations, then making EU immigrants non-eligible to benefits will increase rather than decrease the pressure that takes place.

Indeed, faced with literally no safety net, EU immigrants would be forced to accept any work at any wages. Current evidence in any case suggests that immigration has at worst a mixed impact on native workers – beneficial for some workers and detrimental to others. Immigration also entails a clearly beneficial effect on the net fiscal position of the government. Thus, if successful in preventing immigration the reform would paradoxically lead to a worsening of public finances.

Last but not least, to the extent that a high and localised influx of immigrants does indeed put pressure on public services, reducing the overall number of those who come in the foreseeable future, while deteriorating EU immigrants’ social protection, does nothing to alleviate the pressure that has already accumulated. Pressure on public services is an allocation problem: immigration and indeed the general population concentrate in certain parts of the UK territory.

The solution is therefore twofold. First, making other parts of the UK more economically attractive would distribute population more evenly across the UK.The UK does not have an usustainable population growth: it had the 152nd highest rate of population growth of the world. Its net migration rate per 1,000 persons is lower than in Ireland, Cyprus, Norway, Spain, Australia, Canada, Sweden,Switzerland, Italy, and Portugal. The UK population density – people per square Km – did increase from 230 in 1981 to 255 in 2009. But compare this to density in London: 4,932 people per square kilometre in 2009.

Second, we should invest in the public services that are under pressure. To the extent that EU immigrants have a positive net fiscal effect, they should facilitate such an investment. Some may argue that it is EU immigration that puts pressure on these services. However, given net economic gains of immigration the solution should not be to reduce immigration but rather to use the extra tax revenues that EU workers generate to invest in pressurised locations.

An EU version of this solution could also be pushed by this government: to create an ‘EU immigration compensation fund’ that helps local communities cope with the pressures that large influx of immigrants may generate. In a context where the EU is associated with austerity, thereby fuelling extremism, this fund would improve public services where it is most needed while addressing EU citizens’ legitimate concerns over immigration.

Tim Vlandas is lecturer in politics at Reading University 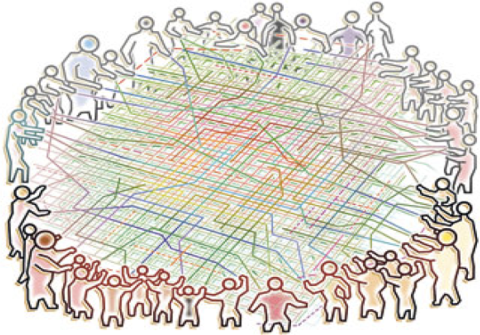 Debunking 10 ‘pseudo facts’ about the crisis