Martin Myant of the European Trade Union Institute presents evidence from a new book analysing national responses to the eurozone crisis which shows that the European Commission’s gauge of competitiveness – Unit Labour Costs – was the wrong measure and contributed to disastrous policies which deepened the recession. The solution, he says, is to focus on improving competitiveness by rising up the value chain, which requires investment in infrastructure, education, training and research

The strategy known as ‘internal devaluation’ was adopted by, or imposed on, a number of EU member states in the aftermath of the 2008 financial crisis.

The thinking behind it was simple. Countries within the Eurozone facing a balance of payments deficit could not respond with devaluation. Instead, they could achieve an ‘internal’ devaluation by cutting production costs, meaning predominantly wages, leading to lower relative export prices and hence to improved international competitiveness. Some outside the Eurozone, such as the heavily-indebted Baltic Republics and to some extent also Romania, enthusiastically followed the same approach of reducing domestic wage levels.

The prediction for all was that exports would rise, GDP would increase and employment levels recover. In fact, internal devaluation has led rather to prolonged depression with high unemployment. Where there have been improvements, they have had nothing to do with internal devaluation, as shown by a recent book comparing outcomes across seven EU member states, including ones that underwent internal devaluation after 2008 (Greece, Ireland, Portugal and Spain) and ones that did not (Germany, UK and Poland).[1]

Table 1 (below) shows the very varied GDP performances of a sample of EU member states, including four cases where internal devaluation was applied plus Germany. Ireland has finally enjoyed rapid GDP growth, but not due to internal devaluation. Spain has been lauded for growth in 2015, but GDP was still below even its 2007 level. Latvia also once received praise for a high growth rate which has slackened before GDP could fully recover. Romania seems to have done better, on this measure at least.

There are many grounds for criticising internal devaluation. It has not led recovery in any part of the EU. Nor was the crisis caused by issues of cost competitiveness. It was caused by failures in the finance system which led to high spending, and hence current account deficits, in a number of countries. Nevertheless, improving competitiveness and increasing exports in those countries would seem highly desirable. The trouble is that internal devaluation is not the way to achieve this because the policy is based on a flawed conception of competitiveness.

The central culprit in the European Commission’s rhetoric has been the measure of ‘unit labour costs’ (ULCs). The story of the Eurozone’s problems was told with a comparison of changes in ULCs since its inception, apparently showing universally declining competitiveness relative to Germany. Other countries were therefore advised, or told, to restore this ‘imbalance’ by cutting wages.

Unit labour costs measure the costs of employing a worker (mostly wages but also social insurance contributions and other costs) divided by the worker’s output. ULCs can be reduced (the desirable outcome for improving competitiveness) by cutting wages or by increasing output per worker, ie productivity. The emphasis for internal devaluation has been on cutting wages.

The problems with this measure can be seen from a comparison between countries using more possible measures of competitiveness, all taken from the same European Commission source, and all set against actual export performances. Taking just a sample of countries (they are in no way exceptional), we notice immediately the uneven relationship between ULCs and export growth. We also notice that different measures of competitiveness appear to show no consistency.

ULCE, a favoured measure in European Commission publications, must be the most meaningless. It relates to the whole economy and reductions in ULCE in this period largely reflected reductions in pay in the public sector and the declining share of construction (a sector with high ULCs). These changes, particularly important in Ireland and Spain, had nothing to do with cost competitiveness of exports.

UWCM (wage costs this time, data for total labour costs are not available), covering manufacturing industry, looks more promising as manufacturing output at least can be traded. However, it too does not give a consistent explanation for changes in exports.

Export prices should be the most meaningful. Remarkably, it appears that lower ULCs have rarely been reflected in lower export prices. It also appears that the latter are as likely to be increasing as to be decreasing when exports increase.

This might suggest that firms could export without difficulty and are simply taking higher profits. That may be part of the explanation. A more important factor is probably the improved quality of exports, or the switch towards a greater weight for more sophisticated products, both giving the impression of higher productivity. In Ireland the export growth is in high-wage (and rising wage) computer services while exports in manufacturing have declined as production has moved to eastern Europe. Lower ULCs for the economy as a whole and also for manufacturing were therefore of no significance to export prices and export performance. The move towards higher quality exports is also important in those other countries that have recorded export growth.

Using ULCs as an indicator of export performance, and hence as a guide to policy, is misleading above all because it is based on an old-fashioned and simplistic conception of the nature of international trade. The assumption is that we all produce the same products, some more efficiently than others. Those who are more efficient can allow themselves higher wages, ending up with similar ULCs. This describes ever less of international trade in the modern world.

The important issue for competitiveness today is the position occupied in international value chains that are organised by multi-national companies. This has the apparently perverse effect of meaning that productivity can appear to be lower not because workers are less efficient but because, despite doing what could be identical work, they are paid less. The point can be illustrated with the help of comparative data on raw labour costs, shown in Table 3 and ignored in the European Commission’s policy thinking.

The differences in costs are enormous, way beyond any reflection of workers’ abilities. This encourages multi-national companies to shift production to where labour is cheaper either by setting up subsidiaries or by subcontracting to local firms. Thus exactly the same work that once needed labour possibly costing over €30 per hour in Germany could be done in Romania by labour costing only €4.6 per hour. The same product now costs correspondingly less. Romanian productivity appears much lower than that of German workers simply because workers are paid less.

A strategy of holding down Romanian wages to keep them in line with Romanian productivity will not increase exports. The gap in pay between Romania and Germany is so huge that such adjustments are irrelevant once German MNCs are confident that outsourcing will work in Romania. For this they need confidence in Romania’s institutional environment, in its physical infrastructure and in the availability of adequately-qualified labour. Holding down wages in Spain will also make little difference to that country’s position relative to Romania, let alone lower-wage countries elsewhere in the world.

This puts internal devaluation in a completely different context. The importance of value chains, outsourcing and competitiveness based on quality changes the meaning and nature of competitiveness. Thus the key for Romania’s development (and that of others) is to move up the value chain, to make more sophisticated products and to take on higher-level activities. For that it needs skills, education, modern infrastructure and pay levels high enough to keep a skilled labour force. Austerity and cuts, which in countries subjected to internal devaluation have hit precisely these activities, make that harder to achieve. 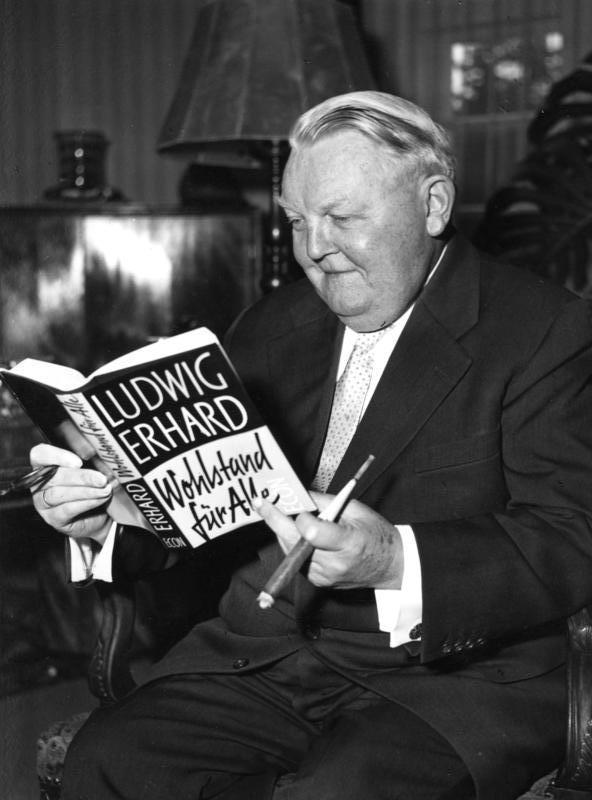 Why should ‘the German pensioner’ care about bailing out Greece?’