Christophe Degryse of the ETUI argues that, while digitalisation of the economy is inevitable, its effects on labour markets and working lives need to be managed carefully, otherwise we are in for an increasingly polarised and unequal society. The main concerns with digital platforms are the trend towards deregulation and the failure to comply with social legislation. It is difficult, though not impossible, for workers to organise to blunt the effects of this – but surely necessary.

A new industrial revolution is predicted. The digitalisation of the economy is expected to disrupt production processes, the world of work and society at large. But we still don’t have a clear idea of what this so-called digitalization entails and its likely social impacts.

Will employees become mere executors of machines? How do we make an ‘inclusive’ robotisation that will benefit all those affected? Will digital platforms give rise to a parallel, insecure labour market? What role do employers and unions play in this emerging new world? There is a serious lack of relevant data and many unanswered questions.

Dramatically simplify the concept of the ‘digitalization of the economy’ into two parts is a good place to start. On the one hand, there is artificial intelligence (AI) and robotisation in all its forms. This encompasses all the computerisation and automation phenomena that enable robots to carry out non-routine manual and cognitive tasks. Robots may be either tangible (like smart factories, driverless cars, 3D printers) or virtual (such as software, algorithms).

On the other, there is the platform economy as a new business model. It has been made possible because of ubiquitous connectivity, data and mobile devices that allow people to network via digital platforms (such as Facebook and LinkedIn), to have access to new services (like Uber and Airbnb), e-commerce (Amazon, leboncoin.fr, etc.), and in particular to develop new business models based on online outsourcing (including Upwork and Amazon Mechanical Turk). This platform economy has brought a new player into the labor markets: the ‘crowd’ of disseminated workers all over the globe, available 24/7 and often ready to work at very low rates.

So how are these two components changing society and how can we address them?

The social challenges posed by AI and robotisation are significant, yet their ‘disruptive’ nature depends largely on the level of industrialisation of countries and regions. Consideration must also be given not only to industrial robotisation but to the virtual robotisation that already pervades in offices. From online banking to self-checkout aisles at supermarkets, to performing medical diagnoses and predicting sales volumes, automation and dematerialisation of increasing numbers of tasks in trade, distribution, banking, insurance and other sectors bring about profound changes in the organisation of work and a gradual erosion of traditional jobs.

The major questions concern the digitalisation of tasks, jobs and workplaces, the changes in value chains in industry and the potential relocation of sites and employment. Traditional issues regarding the quality of jobs also arise with respect to flexibility and security, health and safety (e.g. in human-machine interaction), working time, skills, work-life balance and managerial monitoring.

The European trade union movement has some tools and institutions to cope with these challenges, which can be addressed in dialogue with management and labour groups across different industries, collective bargaining and works councils. The main aim is to anticipate changes and, in the worst scenarios, to foster socially responsible restructuring.

However, fresh attention must be given to developments in the organisation of work enabled by new technologies: how far can robotisation go, how should it be conceived in its interactions with workers, and what new management methods will it call for? Will employees become mere executors of the machines (including AI), or will they be involved in the automation processes? How to proceed to an ‘inclusive’ robotisation that will benefit all those affected? As the new technologies offer a whole range of monitoring tools, how do we ensure that surveillance of employees’ work remains proportionate and respects their privacy? Trade unions and employers must consider all these topics as important subjects for discussion and negotiation.

The ‘crowd’ of workers

New technologies have enabled the rapid development of the second phenomenon, the new business model known as digital platforms. Unlike robotisation, the social challenges in this area are totally disruptive. This can be seen mainly in two major categories of services: local services such as passenger transport, catering, cleaning (well-known examples are Uber, and Deliveroo), and online outsourcing platforms used by companies for tasks that can be carried out remotely by computer (such as Upwork and AMT).

The main concerns with these digital platforms are the trend towards deregulation and the failure to comply with social legislation. There is a risk of regulated jobs being ‘siphoned off’ by these new forms of work, giving rise to a kind of parallel and often insecure labor market that does not always comply with the social, tax and regulatory provisions that govern standard workers: no employment relationship, no applicable social legislation, no collective bargaining, and no social security.

These online outsourcing platforms undoubtedly pose the most difficult challenge for the trade unions: how to find ways to organize workers above and beyond their status and country? This is a huge challenge since it involves retirees, students, unemployed, migrants, disabled or precarious workers from all over the world. These workers need to build new forms of collective organization. Some self-organising groups have emerged recently, but they remain the exception.

Finally, the digitalisation of the economy could give rise to new trends or accentuate existing trends in our societies: social polarisation, increased inequalities, hollowing out of the middle class. More than a decade ago, the European Globalisation Adjustment Fund was set up to provide support to people losing their jobs as a result of major structural changes in world trade patterns due to globalisation.

While much more needs to be done to understand digitalisation, it may be advisable to take inspiration from this initiative and create a similar fund for adjustment to digitalisation to help those who could be left behind by the digital transformation. As the polarisation of society is accompanied by an erosion of the tax base, which in turn brings about recurring problems in financing social security systems, such a fund could be financed by a better share of the profit generated by digitalization. Avoiding an erosion of social cohesion stemming from digitalisation will undoubtedly constitute a major challenge for our societies of the 21st century.

Christophe Degryse is Head of the Foresight Unit at the European Trade Union Institute.

This article appeared first in the View section of the Euronews website. 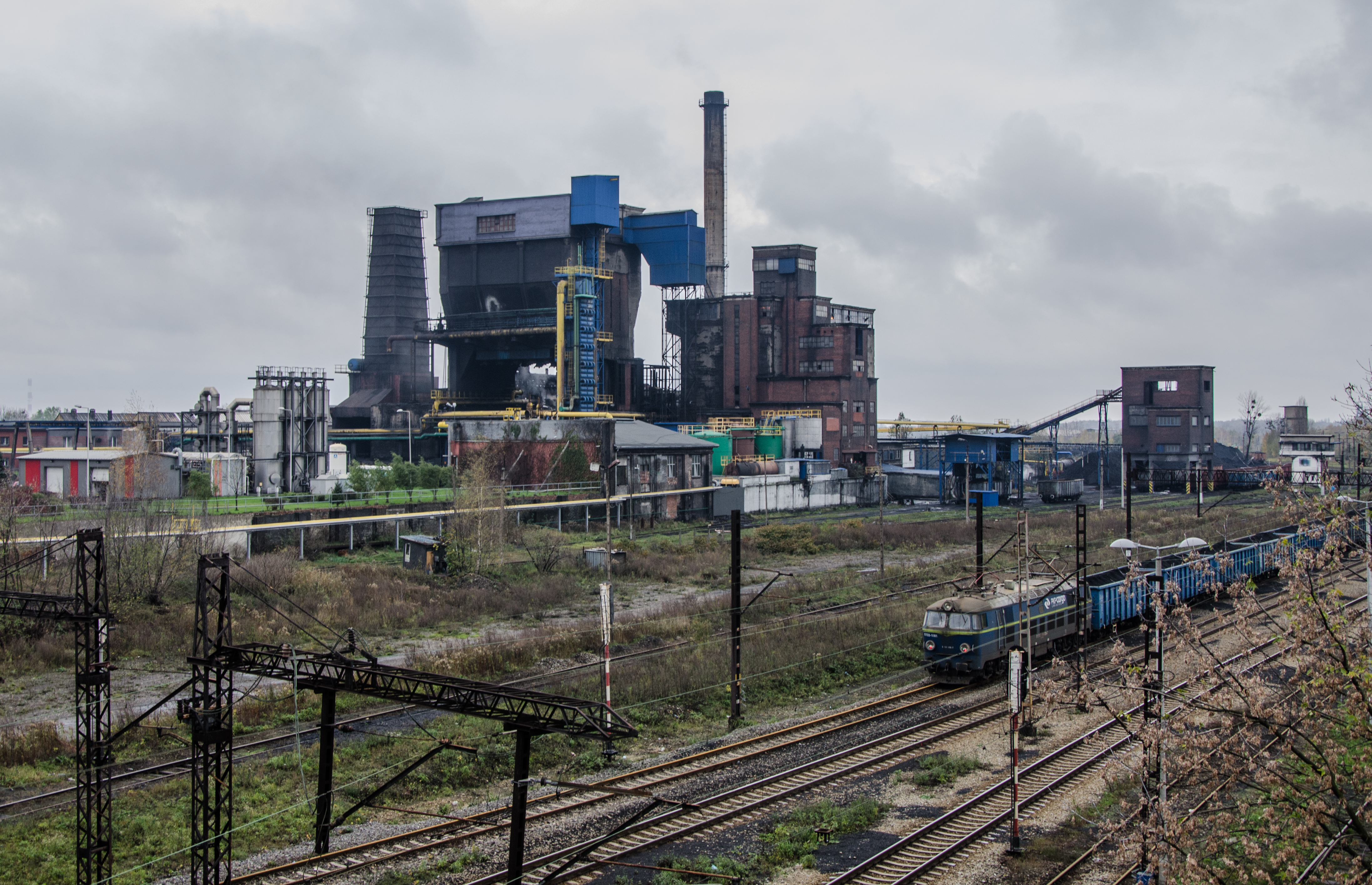 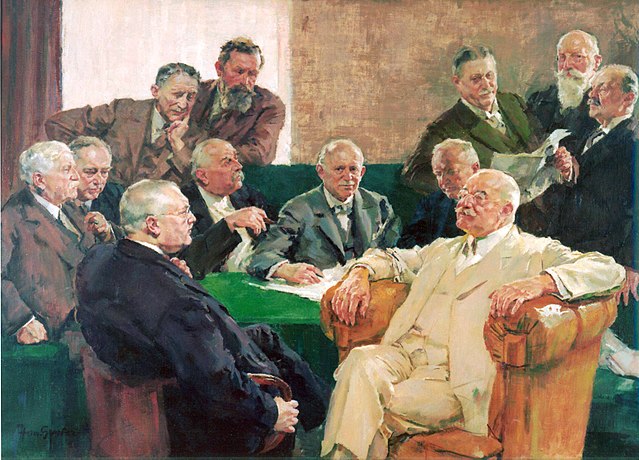