Corporate governance is a complex idea that is often inappropriately simplified as a cookbook of recommended measures to improve financial performance. Many studies suggest that the supposed benign effects of these measures —independent directors or highly incentivised executives— are at best context specific. Corporate Governance in Contention explores and explains the meaning, purpose, and importance of corporate governance, with discussions centring on relationships within or specific to the firm, e.g. between labour, managers, and investors, and more general relationships that affect consumers or the environment. Many of the chapters examine alternatives to the shareholder value perspective and propose forms of stakeholding that can improve the work environment while encouraging investment, innovation and sustainable growth. In this first contribution to a series of blogs, Simon Deakin explores the implications of corporate governance codes for the balance of power between workers, managers and investors.

The effects of financialisation

One of the key indicators of financialisation is the increase in law and regulations protecting the interests of shareholders.  This a phenomenon which began in the US and UK as early as the 1960s, with the adoption of shareholder-friendly takeover rules, and then spread around the world, most visibly through the adoption from the 1990s onwards of corporate governance codes.  These codes were generally justified as making it easier for shareholders to hold managers to account.  Their effect is to tilt the balance of power within firms away from workers and managers, towards the holders of the capital interest, generally institutionalised in the form of pension funds and hedge funds.

Provisions of corporate governance codes which require boards of listed companies to have a majority of independent directors are a prime example of this effect. In decisions on corporate strategy and structure, boards composed largely of independent directors increasingly reflect the shareholder interest in prioritising dividends and share buy backs over investment.

Another example are laws and regulations governing takeover bids.  In the UK, the City Code on Takeovers and Mergers expresses the idea of shareholder primacy in a particularly strong form.  A board of a UK-listed company, faced with a takeover bid, is generally unable to mount a serious defence against it, even if it takes the view in good faith that the bid would destroy firm value over the longer term. Under the Code, the principal duty of the target board is to provide the shareholders with advice on the financial value, to them, of the bid. The UK rules on takeovers are stricter in this respect than those in virtually any other country.  Hostile takeovers involving a single bidder, such as Cadbury-Kraft or GKN-Melrose, would not have been feasible in the USA, where ‘poison pills’ give target boards more leeway to defend against asset-stripping, or in mainland Europe, where worker voice is more strongly institutionalised.

The disruptive role of activist hedge funds is ultimately underpinned by laws and regulations.  Hedge funds do not generally engage in takeover bids, but use smaller, strategic stakes to put pressure on companies to ‘release’ shareholder value through dividends and share repurchases.  Generally this is done through asset sales which lead to redundancies.  Putting pressure on independent (which in practice means shareholder-interest orientated) directors to support hedge fund arguments is key to this approach. Often a hedge fund intervention paves the way for a larger bid resulting in a takeover and further asset stripping. This was the pattern in the Cadbury-Kraft case.

The ideal scenario, for the hedge fund, is to get management to take anticipatory action, that is, engaging in a restructuring with a view to staving off an unwelcome bid at a later point.  The decision of Rolls Royce to initiate a major programmes of redundancies in June 2018, only a year after announcing a huge profit and with a full order book, is an example of this effect. Once hedge funds began to target the company from 2015, its board pivoted away from a strategy of long-term investment, in favour of prioritising financial returns. Rolls Royce’s CEO justified the restructuring on the grounds that it would ensure the company’s sustainability over the longer term, but its more likely impact will be to reduce funds for investment and limit the company’s innovative capacities.  It is just another of shareholder rent extraction.

Because of the legal underpinning of the shareholder value norm, it is open to governments to re-regulate corporate governance with a view to curbing anti-social rent extraction.  The first step is to take back legislative control.  In the 1960s, government ceded control over takeover decisions to City interests which were allowed to frame the Takeover Code largely free of democratic accountability. In the 1990s the same step was taken in the case of the Cadbury Code and subsequent corporate governance codes. Meanwhile, a hugely complex review of company law undertaken in the 2000s resulted in confirmation of the status quo.  What is needed now is a new company law regime which makes some real changes to the content of directors’ duties, but, above all, reasserts the public interest in the way companies are run and managed.

Changes to the content of directors’ duties, currently expressed in essentially pro-shareholder terms in section 172 of the Companies Act 2007, would help, but would only be the start.  A new regime on takeovers and mergers should follow practice elsewhere in Europe and institutionalise a role for worker voice in decisions over bids.  More generally, the issue of shareholder control over mergers and takeovers should be reassessed.  There is a strong case for limiting or in some instances completely removing the right to vote of shareholders whose connection to the company is short-term and opportunistic, as is the case generally with hedge funds. Changes to tax law should also be made to reflect the social cost of share repurchases and to remove incentives to replace equity with debt, a major factor in management-led buy outs which tend to lead to redundancies and wage repression.

Financialisation has been anything but a ‘win-win’ for companies, employees, and society.  There are practical ways to reverse it, and they should be taken.

Simon Deakin is Professor of Law and Director of the Centre for Business Research (CBR) at the University of Cambridge.

In Part 2 of our series of blogs on Corporate Governance in Contention, Steen Thompson reflects on the performance of foundation-owned firms. 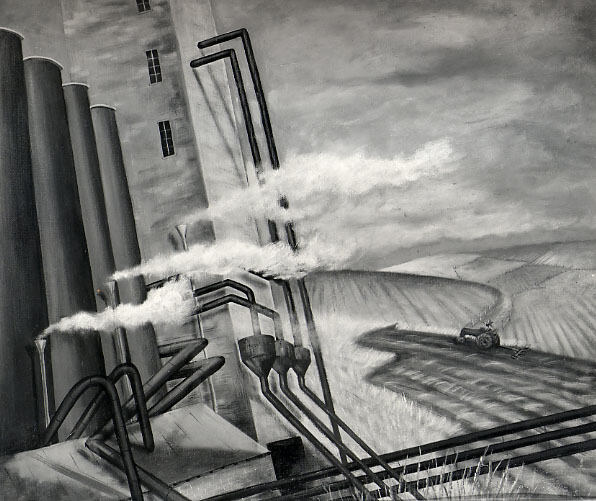