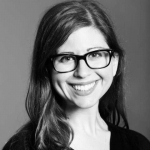 Meryl Alper shares insights from her new book, Giving voice: Mobile communication, disability, and inequality. She discusses how her study of parents raising children with disabilities in the digital age also became a snapshot of the global Syrian refugee crisis. Meryl is Assistant Professor of Communication Studies at Northeastern University and Faculty Associate with the Berkman Klein Center for Internet and Society at Harvard University. [Header image credit: P. Marioné, CC BY-NC-ND 2.0]

You don’t have to be an academic researching the Syrian refugee crisis to end up studying it; you just need to study people.

That’s what happened for me in 2013. I had been researching how families of children with developmental disabilities and significant speech impairments were adopting and using the Apple iPad and mobile apps with voice output as a new way for their child to communicate through technology. I was observing and interviewing in the greater Los Angeles area, seeking out families from a wide array of racial, ethnic, class and linguistic backgrounds, but who all had children with a similar condition.

One such family was the Simonians1 – mum Karun, dad Mihran, and their two sons, then 9-year-old Joseph and 13-year-old Pargev, who is autistic and minimally speaking.

There is no one way to tell their story, and nor it is my story to tell – especially not as Donald Trump and his administration fabricate lies about families like theirs to justify American isolationism. But in The sociological imagination, sociologist C. Wright Mills challenges those studying the social world to illuminate the hard-to-see links between individuals’ intimate stories and narratives told within the wider society, a process known as ‘making the familiar strange’. I share some of those links here because the Simonians are both ordinary and extraordinary in ways that have nothing and everything to do with their immigration status.

You don’t have to do much to become a refugee; you just need to be human.

In Karun’s case, she described a life of relative privilege in Syria prior to the war. “I had plenty of time over there,” she remarked. Her housework was done by a nanny, she homeschooled Pargev, and provided her sons with activities like horseback riding and swimming lessons. Both Karun and Mihran had attended private schools where they had learned English. Mihran had studied abroad in England and later became a radiologist. Before the war broke out, Karun “was saving some money either to buy an iPad, because they are, like, $1,000, or remodel my rooftop to make it a play area for Pargev.” While Karun had heard that autistic children were benefiting educationally from iPads, she chose a play area instead as a longer-term investment in her child’s future.

All the time there’s airplanes, the military airplanes. And plus lots of people were killed by just a bullet, just a running bullet, going through accidentally.

Karun ultimately regretted her decision to invest in the play area, and explained:

I didn’t know it was going to be ruined, and we’re going to leave and come here. I wish I’d bought from those days, the iPad.

When I met Karun, both she and her husband were unemployed and looking for work while the family lived on temporary support from the US government. Karun said:

We came from the war with no money…. For my husband, he left his own clinic. We left our parents. Everything else we left there.

Ironically, the Simonians initially made a temporary home in Northern California near Apple’s headquarters at Cupertino, where relatives of hers had settled years earlier. Thousands of miles from Syria, Karun found herself linked to a diasporic community of Syrian Armenians – of which she considered Apple co-founder Steve Jobs to be a member. She recalled one Sunday morning walking around town with her cousin, who turned to Karun and said, “‘Do you want me to show you Steve Jobs’s house?’ I said, ‘Yes, I want to see that.’ We took pictures, in front of the house. You know that his mom was Armenian?” she asked me proudly. While Jobs remains larger than life in death, Karun developed an intimate and localised understanding of him. Her appropriation of the figure of Jobs was linked to opportunities for rebuilding her family’s life in the US, as well as maintaining their cultural identity.

You don’t have to do much to see Karun and Mihran as parents trying to provide the best they can for their children. To see the Simonians as a family coping with loss of money, time, stability and resources in an economically uncertain world. To see Syrian refugees as human beings. You just need to be human yourself. If only our new president and his administration showed any concern for humanity.

¹ All identifying information has been removed, including names and professions. 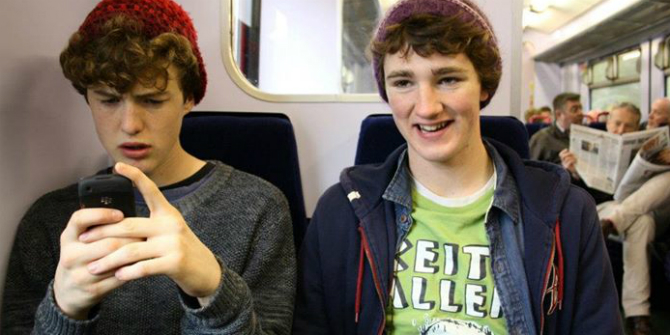 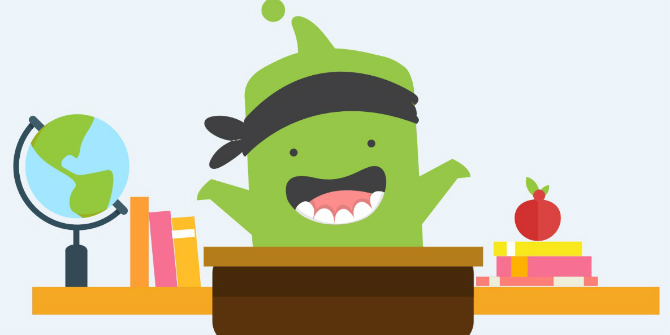