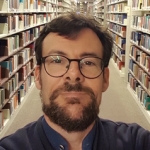 Wealthier teens in the developed world are shunning Facebook and switching to image- and video-based social media platforms such as Instagram and Snapchat. In this post, David R Brake considers the potential consequences for political engagement and inequality. David is an alumnus of the Media department at LSE and his research interests include digital divides and digital media literacy, privacy in online contexts, mediated interpersonal interaction, the political economy of the social web and other internet applications, online journalism and the interconnections between new media, the mass medias and politics.

For years, Facebook grew in size and influence at a staggering rate. But recent reports suggest its hold on users – particularly in the developed world – may be weakening.

Globally, Facebook’s user numbers continue to rise steadily as more people in the developing world connect. In the United States, two in three adults use Facebook but that number has not changed for the past two years. In particular, the number of US teens using Facebook is in decline.

According to the non-partisan Pew Research Center, 71 per cent of US teens who are online used Facebook in 2015. Now, barely half say they do. Among those who remain, an increasing proportion seem to be trying to minimise their Facebook use, even as their use of other social media platforms such as Instagram appears to be on the rise.

As a researcher who studies the “digital divide,” I am concerned about how internet use varies from group to group and whether these differences have important consequences for society.

Why does this shift matter?

Many concerns have been raised about Facebook: it’s addictive, it collects (and distributes) too much personal data and it breeds jealousy and depression. It’s understandable that Facebook’s comeuppance is a cheery prospect to some. But as with any shift in behaviour, there will be winners and losers – and some surprises.

The shift away from Facebook to other social media is important because each service allows or encourages its users to do different things.

Facebook offers a very broad range of types of data that can be shared – links, text, photos, videos and more. It serves a very wide range of functions. It is often used for simple interpersonal communication, but is also useful for forming discussion groups, sharing news and organising events.

Despite the controversy over Facebook’s role in the spread of “fake news” the platform plays an important role in exposing young people to the news. There is evidence to suggest that those who use social media to get their news are more likely to become politically active.

Instagram and Snapchat, by contrast, are strongly focused on image sharing. Sharing text or links or facilitating discussion are not easy to do on those platforms. While news and current events are featured on their services, they do not have a central role.

Teen use of Facebook appears to be declining most sharply among wealthy teens in the US, and is being replaced by other social media services like Snapchat and Instagram. Although we do not really know much about why, the class-based change in communication patterns raises questions about their broader social consequences. 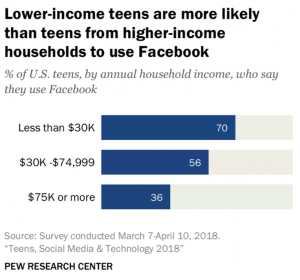 Take into consideration all of the potential positives of Facebook use as compared to other social media tools. It has a broader range of expressive tools and functions.

It keeps acquaintances in touch with one another, aids informal networking and enables organisation of political and social groups. As well-to-do teens leave Facebook, they will no longer benefit from those tools.

On the other hand, if future power and influence rests with those wealthy teens, and they withdraw from Facebook, it may be one more way society is fragmenting, with the better-off seeking more exclusive ways to network.

Facebook’s algorithms do tend to expose users primarily to the lives and interests of those they are closest to, but nonetheless offers a window from time to time into the lives of other friends who are more distant. By leaving the network, the wealthy may lose a means of learning about the lives of those less fortunate.

Video is the new text

It is also worth looking at the broader social and educational impacts of the shift away from sharing text towards sharing images and videos.

When the internet was first widely adopted, email and online discussion forums were largely text-based, boosting everyday literacy. Gradually, however, the amount of text used in online communication has dropped.

The average tweet, for example, is around 50 characters long, and even though Facebook offers a wide choice of ways to interact, posting a video improves the likelihood that others will see it, which encourages a shift away from text there. With the exception of optional hashtags, images posted to Instagram and Snapchat may have no accompanying text at all.

Of course, image and video production have their own “literacies,” and video can be an effective form of communication for political and social change. However, it is possible that this shift away from text will have the unanticipated side effect of dis-empowering poor social media users.

Early researchers thought text-based communication via the internet would let those with lower social status participate in discussion and debate on a more equal basis, because readers could not judge posters by their gender, race or social class. Now, of course, social media profiles usually provide readers with indications of race and gender and other social cues, weakening this effect, but text-based messages may still reach across class barriers more effectively than video.

It’s also important to consider how easy it is to craft messages designed to have social impact using different media. It is easy to create a basic video message with a smartphone, but it can have a steeper learning curve (and equipment cost) if you want to employ editing, lighting, sound design and other persuasive techniques. It much harder to conceal status indicators like gender, race and class on video than it is in text, making it easier for those who discriminate (whether consciously or unconsciously) to ignore or downplay video messages.

Video tools and techniques may become accessible to all. With that comes the risk that a video-centric social media environment will consist mostly of people sharing videos and photos for easy, unpolished interpersonal chatter. This may leave commercial forces and the better off to dominate the online public sphere of video. Educators can help young people understand social media and learn how to use it more effectively (and safely).

Scholars, educators and policy makers struggle to keep up with the speed at which people’s online behaviour is changing. As social media has emerged as one of the most important ways people communicate with one another and with the world, we must have more nuanced conversations about possible changes in the way we understand one another and the balance of power between social groups.

Rather than debating whether social media (or social media companies) are good or bad, a key question we should be asking is: how do different groups use social media differently and how are those differences affecting society? There is much we need to learn.

This text was originally published on The Conversation website under a Creative Commons licence and has been re-posted with permission. 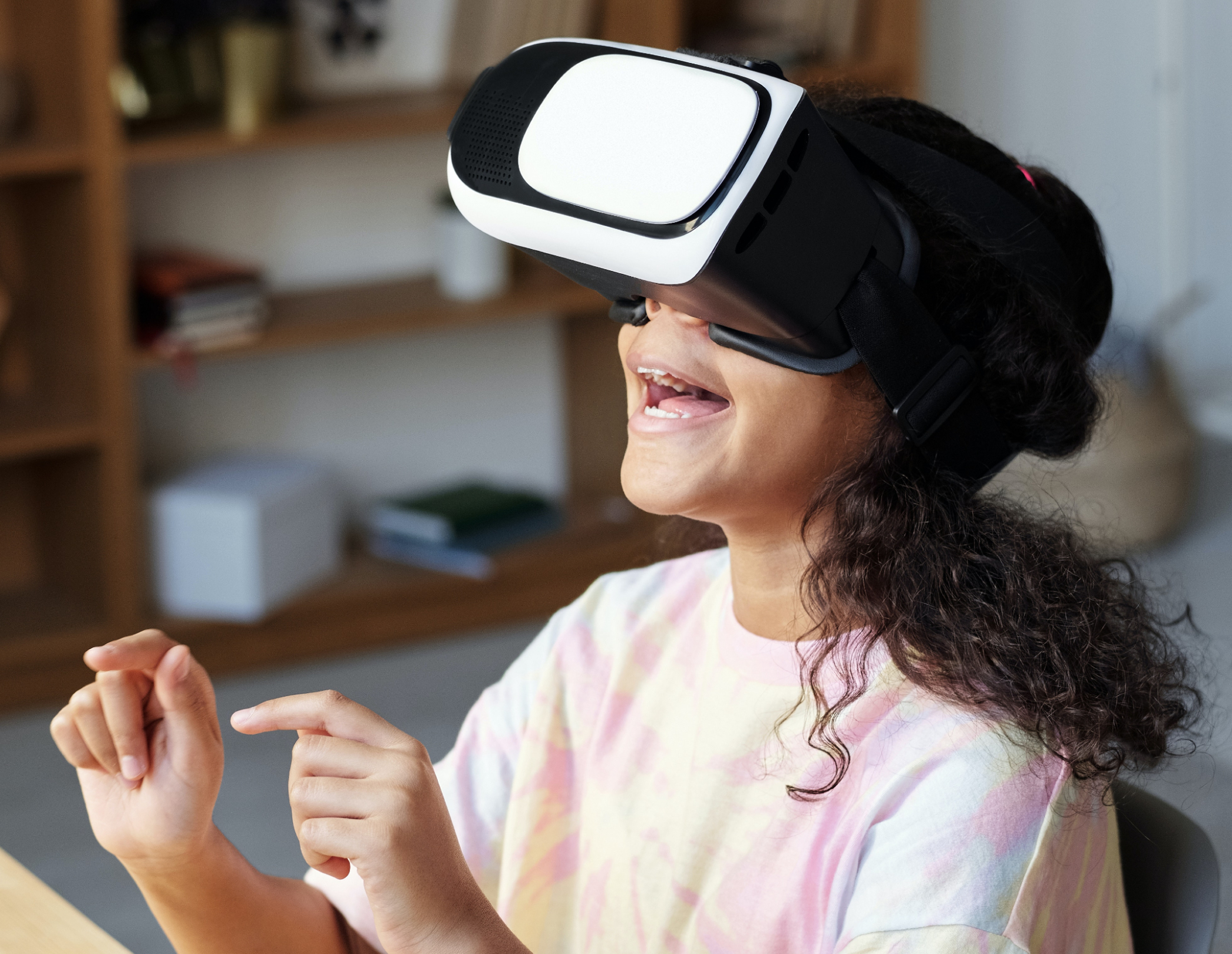 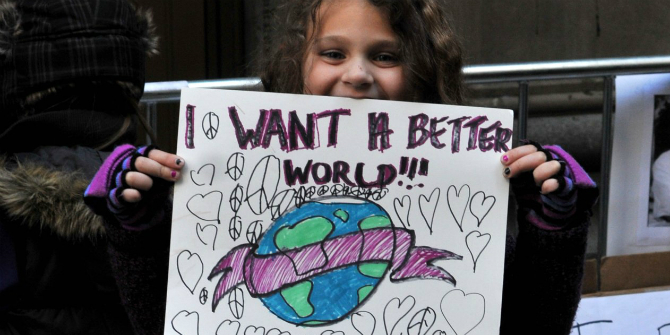 Storytelling in the age of the internet: what can we learn from the online narratives of children and young people?