The Committee on the Rights of the Child, the UN body of independent experts that monitors implementation of the Convention on the Rights of the Child by its State parties, is inviting interested stakeholders to comment on its draft general comment on children’s rights in relation to the digital environment. LSE’s Professor Sonia Livingstone explains why this is an important step forward and what some of the evidence in this area indicates. Responses to the consultation can be submitted by the 15 November deadline. Update: please note that a child-friendly version of the draft General Comment has just been published, and children’s views of the draft text are also warmly invited.

“The Committee on the Rights of the Child is currently drafting a general comment on children’s rights in relation to the digital environment.”

I read this sentence with some excitement, since it follows a call I worked on three years ago, where we argued that:

“Society’s growing reliance on digital environments has profound consequences for children’s rights. However, many if not most States around the world are struggling to respond adequately …”

Introducing a special issue of New Media & Society on children’s rights in the digital age, Amanda Third and I argued that this is partly because the internet is imagined, designed and governed for adults and adults alone. Until we reimagine the internet for everyone, society will fail to address children’s rights in digital environments, and many problems that adults encounter too. Can the internet be so reimagined? The 5Rights Foundation brought together a host of experts to answer this question in its recent report, Freedom | Security | Privacy, which sets out some productive directions.

Why a general comment? According to the Child Rights International Network, general comments “deal with thematic issues related to the rights of the child,” in this case in relation to the digital environment, and, importantly, they “constitute an authoritative interpretation as to what is expected of States parties as they implement the obligations contained in the CRC” (UN Convention on the Rights of the Child).

While general comments represent a high-level intervention, they must be evidence-based, not least because in relation to children’s online risks and opportunities, popular myths abound. In my work over the last decade, I’ve spent my time gathering the evidence – especially from the EU Kids Online and Global Kids Online networks – and bringing it to the attention of regulators and policy makers. Among many other things, the evidence shows clearly:

Equally important is the need to consult children themselves – and they are clear in their demand for change. To guide the production of the general comment, a global consultation with children was conducted and is soon to report, echoing and extending the messages from previous children’s consultations.

General comments should also result in practical change. For too long, child rights advocates knew too little about the internet while internet governance experts knew too little about children’s rights. For too long, also, calls from practitioners, regulators, activists and activists working at the crucial intersection of these two domains have been ignored, often because they challenge vested political or commercial interests. Consider, for example, the ongoing effort to eliminate child sexual abuse material online, or to prevent the privacy infringement and the datafication of children, or, highly topical now, to ensure children have fair access to technology to learn during COVID-19.

But there are positive signs of change, partly in response to a public that increasingly distrusts all things digital, repudiates treating children as the canaries in the coal mine of the digital age, and wants an alternative to today’s digital dominance. There are some valuable new initiatives too – one such is the International Telecommunications Union’s new child online protection guidelines, and there’s many more I could list.

“Since 2016, 34 member States have changed legislation or policy to protect children in the digital environment. National strategies, action plans or other policy mechanisms have been introduced to protect or provide for children online in eight member States, with more to come.”

So what should the general comment say about what States should and could do, and how they can work together, and with business, NGOs, regulators, parents and other stakeholder groups? The UN Committee on the Rights of the Child’s consultation document sets out its answers, and this is where input is needed to strengthen these further. The Committee, and those of us working with the 5Rights Foundation, look forward to your contributions.

There is no question that plenty of problems, challenges and contestations lie ahead on this journey. That’s why I hope for as wide and thoughtful an array of experts as possible to respond to the consultation by the 15 November deadline. 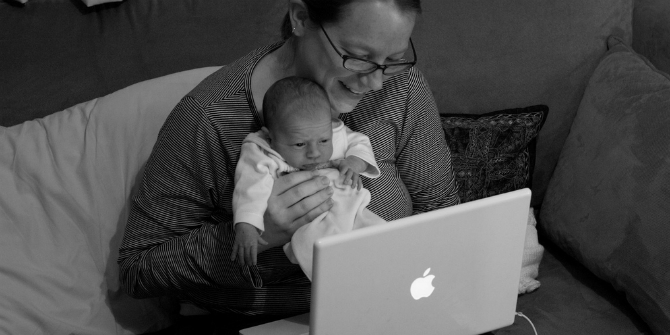