A draft code of conduct for bloggers sounds like a good idea to sensitive souls like me (no, really) who have ventured online only to be ambushed by a storm of invective. So well done to blog guru Tim O’Reilly and Jimmy Wales from Wikipedia for trying to find a way of expressing an etiquette that blogs can sign up to. It’s not compulsory, of course, so there’s no real sense that they are trying to limit freedom of expression. But it’s provoked a lot of anger from those who think the essence of internet discourse is that it should be free to be rude, nasty and short on understanding. Many blog conversations are like those dreadful rows you have when drunk in the early hours: no-one is listening and you’re not even angry about the original subject of the argument anymore… But are O’Reilly’s suggested guidelines any good? Well, if you look

at them at all closely it soon becomes clear that it is all meant as a joke. The code is either too banal or too vague to have any real possibility of enforcement. OK, so you can’t publish anything libellous but what about “We won’t say anything online that we wouldn’t say in person”? How on earth would you judge that? Phrases like ‘case by case basis’ and ‘we will make every effort’ sound a bit like the small print on a dodgy product or the sort of language used on recorded messages when you are kept on hold. But I certainly do like their final piece of wisdom:

6. We ignore the trolls.

We prefer not to respond to nasty comments about us or our blog, as long as they don’t veer into abuse or libel. We believe that feeding the trolls only encourages them–“Never wrestle with a pig. You both get dirty, but the pig likes it.” Ignoring public attacks is often the best way to contain them.

The real innovation behind the draft code is the idea of having a badging scheme. Blogs would be able to say that they had signed up to the code. Or alternatively they could proudly display a freedom of expression logo that said they hadn’t and were quite happy for you to be as rude and as nasty as you want.

In practice, of course, blog owners moderate comments and so determine their own codes of conduct. And in practice the public/posters go where the blog style suits them. For the moment I don’t think the POLIS weblog will be adopting the O’Reilly code or logo. But then, dear readers and posters, you are all FAR too intelligent and civilised to need a silly code – aren’t you…?

Why I think the Kony 2012 Campaign Is Wrong

What's next for Channel 4?

From fee to mutual? What kind of BBC do you want to emerge from Charter Renewal? 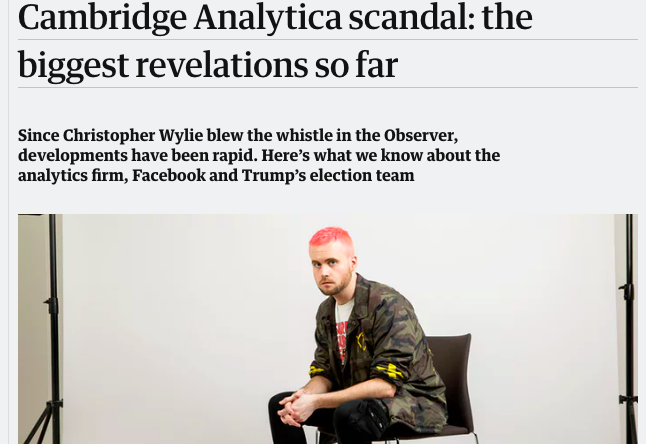