One of the functions of international reporting is supposed to be that journalists can warn the world of impending disasters. The idea is that intrepid hacks can spot looming conflicts or humanitarian catastrophes and help persuade governments or other agencies to intervene. In practice, this ain’t necessarily so. By it’s nature, news journalism tends to focus on what has happened, not what is coming up. And there is no doubt that pressures on resources make it harder for mainstream media to find time for that kind of analytical, predictive journalism.

So do we need a new special media body to do this?

That is what the veteran documentary producer Brian Lapping is proposing with PAX, an ambitious idea floated at a seminar hosted by Google. The room in their Victoria HQ was packed with the great and good of international affairs and journalism.

I won’t give a blow by blow account because it was a scoping seminar on Chatham House rules, but it’s worth thinking about why and if such as body is needed.

Firstly, the idea. PAX is only a draft concept but it hopes to tap into the crowd-sourcing and networking potential of the Internet bringing together the vast amounts of data and expertise out there. This would be combined with grass-roots – perhaps mobile-based – instant reporting on developing situations. A team would aggregate this content in an informed way and use it to persuade/encourage people in power to act and act quickly before the potential crisis becomes a real, happening disaster.

Of course there are people who already do some of these things. The news organisations such as Reuters, AP and BBC all have extensive networks that report continuously on these issues. Specialist NGOs such as the excellent International Alert seek to predict crises. Others such as Global Voices, Ushahidi and Demotix seek to harness citizen reporting power.

But none of them quite do what PAX wants to do. That is, to focus on pre-reactive, real-time intelligence gathering and then advocacy action.

Of course there are all sorts of logistical objections. Networking doesn’t come for free.

There are also huge moral and political problems. Half the world won’t want to listen. And what right does PAX have to decide what is a crisis? Should it have the power to influence events like that? And isn’t it true that the real problem with global conflict and crisis is a lack of political will, not a lack of information?

You only have to take a instance like the recent Georgia/Russia dispute to see how complex it would be in practice.

Personally, I worry that adding yet another global media agency to the mix might simply replicate other people’s work. Shouldn’t we concentrate on getting existing bodies to do more of this kind of  thing?

But on balance I think PAX is well worth trying, even if it won’t bring global peace overnight.

I think that in the current state of flux with international media we need more, not less, effort at finding social value in global networking. Google has already brought the world to us all through search.  Perhaps we can use similar technologies to start to use that connectivity for political gain? 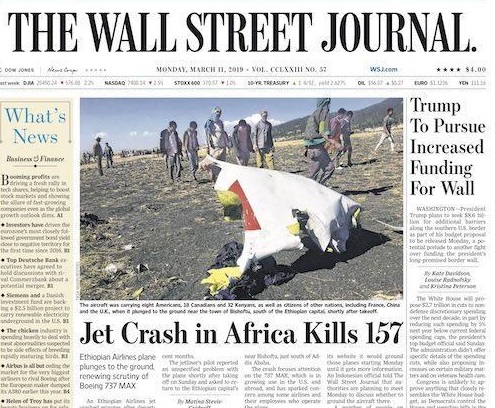