Peter Horrocks, Arianna Huffington, Jon Snow and many others will discuss how new technologies and editorial processes are transforming news-making in practice – especially how it changes political reporting in the light of this year’s election. You can get details of the conference and sign up for (free) tickets here.

The report I have written looks at a series of case studies: The Guardian, BBC, Sky News, Telegraph, Trinity Mirror, Times as well as hyper-local and Mumsnet. It also discusses the ethical, business and editorial challenges and opportunities that networked journalism presents. The full final report will be out on June 11th, but here’s an extract in which I look at the work of The Times’ Religion Correspondent, Ruth Gledhill.

It examines how connectivity – especially through social media – can enhance the work of the individual specialist journalist.

At one level connectivity is the simple fact that the Internet and the hyper-textuality of Web 2.0 allows any journalism to be linked to a network of further information. This provides opportunities to do things that journalism always struggled to do in the past:

The public and other journalists can originate or add to any story.  The journalist can crowd-source gaining information from the public, or they can publish primary texts giving information to the public. It deepens and widens the journalism. But at the centre of this hyper-textuality can be an individual reporter, correspondent or journalist.

One example would be that of a specialist correspondent who also blogs. The post of Religion Correspondent for the London Times’ used to be one of the most Establishment fixtures of British journalism. Yet the current incumbent Ruth Gledhill has transformed her impact through networked journalism. It helps her to reflect both the increasing complexity of journalism, but also of her subject.

In addition to her newspaper and online articles she uses the micro-blogging site Twitter. She can promote her work and herself through Twitter but it is clear that it serves as more than just a marketing tool. Gledhill uses Twitter as another portal for her to pick up information, commentary and reaction from the public and experts to stories as they break and develop. She also links through Twitter to the work of a variety of other journalists. At the time of writing she follows and is followed by 3,500 people respectively on Twitter.  Her Twitter account is therefore the hub of a rich and varied specialist news network.

In addition she uses her blog to link to primary information that provides vital background material for the often-complex issues she handles. It uses video particularly well to give the reader access to international broadcast news, original interviews and religious groups’ own output. Gledhill is aware that this is changing her relationship to her readers in a profound way:

“Breaking the boundary between audiences and journalists helps to increase understanding, and lets audiences go beyond “my interpretation” of a story.” [1]

The interactivity that allows her readers to comment and contribute is not without problems. Initially there was more heat than light in reader comments. Perhaps this is not surprising as religion is notoriously a subject that provokes passionate and often conflicting responses. While the reader contributions have retained their commitment they are becoming more civil. Gledhill says that is because a less one-dimensional approach is what gets attention online: “Rants don’t engage people – passion does.” Gledhill has a particularly informed and concerned audience and the quality of the responses reflects that, assisted by some careful moderation. There is some of the usual vitriol and silliness of anonymous public comments but generally the discourse is relatively intelligent and enlightening.

Another consequence of this connectivity for the individual journalist is that their stories go beyond national boundaries instantly and then stay online ‘permanently’.  The story that Archbishop Sean Brady was a notary at an event at which two children sworn to secrecy about sexual abuse allegations was reported by the Sunday Mirror 10 years ago, but now that it’s being brought up again it can have a bigger, broader online life.  Rowan Williams’ comments on the Irish Catholic Church went around the world immediately after being reported in the UK. But the Internet allows the individual journalist to stay connected says Gledhill:

“It’s now easier to go out of the office and stay in touch. You can have a conversation with someone in America while in tiny little parish in Limerick. This makes for better journalism because you never lose the broader picture.” [2]

Gledhill retains a strong sense of her more traditional role as a newspaper journalist. She says that meeting people is still the best way to get new stories. She also insists that she retains overall editorial control and that ultimately the agenda is set by the newspaper not the readers. She also welcomes The Times’ pay-wall plans as a way of setting some kind of boundary to her work. As she points out, all this extra connectivity takes time and although the Internet increases efficiency and capacity, there are still only 24 hours in a day and she is still just one person.

Gledhill is by no means the only correspondent doing this kind of work. But she uses the institutional capital and the legacy audience of The Times combined with her personal and professional presence to create a network that collectively produces more ‘quality’ journalism than would have been possible working in traditional ways.  Perhaps all journalists, not just specialist correspondents, need to start thinking of themselves in this way. It enhances the process and enriches the work. 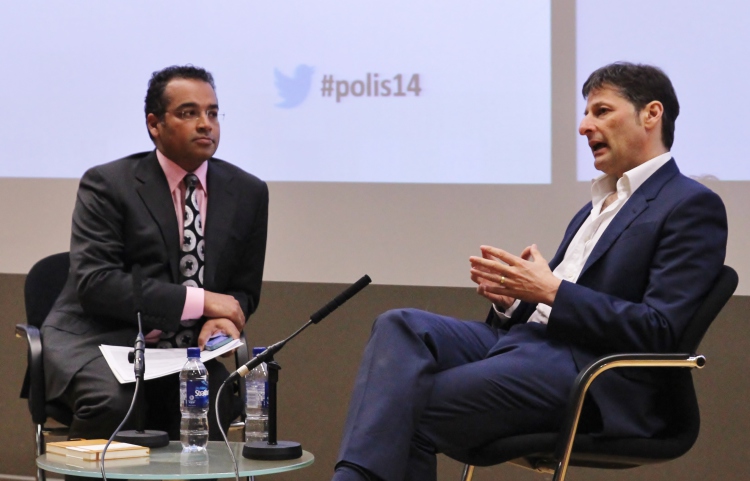