How do we save journalism?

How do we save journalism?

I am not an economist (despite working at the LSE) and like most British political journalists, I can’t read a balance sheet. Normally, I write about the social, political and editorial aspects of media change and especially about the opportunities (and challenges) of what I call networked journalism: using new technologies to work with the public to create better news media.

But what about the money? Who pays for it? All this online, digital, data, multi-platform stuff is (potentially) great but how do we generate the revenue to fund the skills, effort and infrastructure needed to make it happen?

In a moment, some ‘answers’.

First of all, let’s acknowledge and define the problem. Thousands of mainstream professional journalists are losing their jobs. Of course, mainstream media is growing in much of the world such as Asia and Africa, but they might well face similar structural problems in the future. There is a sense that certain editorial areas are disappearing; especially expensive but dull journalism such as council/Town Hall coverage. At the same time the cuts in newsroom budgets mean that foreign bureaux are being ‘trimmed’ and overall standards threatened by what Nick Davies has labelled ‘churnalism’ – journalists not having the time to do any original research or even thinking.

Secondly, let’s acknowledge that the economic crisis is making it all much worse. Restructuring on a rising tide is always easier than at a time of shrinking wealth.

Thirdly, this is more than just about the long-term, pre-Internet decline in newspaper readership. It is about a crisis in the advertising model itself. Not only is revenue going online but the whole idea of top down, mass marketing is being undermined by social networks. Content is also difficult to protect as property – even behind paywalls – so it’s harder to charge for your work. When you think about platforms changing it’s important to realise that Amazon is as much a model of new forms of distribution as Facebook or Google.

Fourthly, there is a particular problem for newspapers (and to a degree broadcast) in that they have additional digital expenses without being able to lose their dead wood press costs. About 40% of a paper’s costs are the distribution, printing etc. Digital revenues are rising, but not fast enough to cover the loss of traditional revenues. Likewise, broadcasters have flashy studios instead of the bedrooms where YouTube videos are made. They can’t turn off the presses or shut the studios because those are still their main source of revenue.

I could go on. I could mention how people have such rich lives that they don’t want to waste time reading half-baked journalism anymore. There is far more quality and entertaining competition out there for people’s attention, from LoLcats to Sunday shopping. So, there’s the downside. Do we give up?

No. But before we get to the good news, a little context.

Firstly, it is vital not to equate ‘journalism’ with ‘existing news media organisations.’ Whenever an industry changes profoundly because of social and technological shifts, someone gets hurt. Go talk to coal miners or car makers. Journalism itself has changed every generation. In some ways we are a 19th century trade in a 21st century world.

I am impressed by how media organisations have responded to the threat of the new, but at the same time I suspect that it’s hard for companies to reinvent themselves in the face of such a seismic shift. It may be that new entrants rather than legacy organisations will adapt best.

There has always been an oversupply of material that most people did not want. The on-demand world tells us precisely what people will really consume. The days of hundreds of hacks all attending the same press conferences and churning out very similar stories is over. Every platform has to add something: quality, quantity, speed, intelligence, amorality, campaigning, investigation, wit. As we can’t all be special, we have to accept a loss of jobs and institutions.

This means that new jobs and organisations are emerging. And journalism is increasingly being created beyond the media profession. The citizen does not want to become a journalist. They have other things to do. But they are contributing a vast amount of deliberate and ‘accidental’ journalism. Much of this is done interactively with mainstream media but there’s also a vast amount of reporting, comment and analysis happening in social networks and other ‘non professional’ platforms that counts as kinds of journalism. Much of it is trivial but some of it is also highly serious and expert.

I would argue, however, that in this environment of information overload there is more need, and even demand for people who can do what journalists have always done: edit, filter, connect, analyse, package, report, investigate, etc. They have to do it differently. Perhaps they have to be on Twitter, or they construct complex data visualisations. But much of it is familiar: being there, telling us, explaining.

The institutions might change but there is still a value in institutions. They provide a brand, training, legal protection, team support, cross-subsidisation, a community made up of audience and producers. And as a commercial concern they can be a structure for investment and profit in a competitive market.

So back to the key question. How do we get people to pay for that?

Firstly, the good news. People are.

They are paying through taxes. Across Europe public service broadcasters are facing cuts but generally no worse than their commercial counterparts. In an age of austerity PSBs appear to be holding their own politically.

They are paying through subscriptions. At the top end media such as the FT and Economist appear to be making more money from their digital (and paper) subscriptions which in turn allow them to develop other premium services. The Times pay-wall seems to be gathering significant numbers, too. Key to this is clever use of the new screens and mobile apps.

They are paying through free. The Evening Standard might not be the editorial powerhouse it once was, but it has more readers and we are told it is solvent.

They are paying online. Digital revenues are increasing. The Mail online is apparently profitable (although that’s not the same as making enough to pay for their newsroom full of journalists who produce the paper). For organisations with a clear digital strategy that pursue targets relentlessly there is the opportunity to dominate certain markets enough to make money through scale or specialism. In the Mail’s case, it is millions of people around the world ogling scantily clad celebs.

They are paying more realistic cover prices. Newspapers are ridiculously underpriced. For brands with relatively well-off readers and a decent product (FT – Sunday Times) it makes sense to charge a lot more and invest it in the product. This seems to help stem losses. For more denuded brands (The Observer) this may be harder to turn around, but worth trying.

People will pay journalists for other stuff apart from news. In fact, news is the one thing that people never really wanted to pay for. It was always part of a package of sport, sex, food, travel, arts, etc. So why not charge people directly for what they like? The Guardian has pioneered this with its dating site and its Masterclasses while The Sun has long been one of Britain’s biggest budget holiday providers. If Amazon (a book shop) can sell fridges, why can’t The Telegraph?

There are some people who are prepared to give journalists money. Foundations fund excellent initiatives such as the Bureau of Investigative Journalism. Increasingly, universities or journalism schools such as City or Goldsmith’s are also supporting local journalism. This kind of funding is not a replacement for mainstream media newsrooms. I worry about the agendas of some of the funders and the sustainability of the financing. But, especially when working with MSM, they can be vital areas of experimentation, development and specialisation. I would like to see international NGOs think about how they might support good foreign coverage and local authorities invest in providing a healthier environment for grass roots media.

There are other structural policy changes that will help sustain journalism.  The BBC needs to open up its facilities much more to providing facilities and platforms for independent journalism. Organisations such as Facebook and Google that benefit from the content of journalism can do much more to redirect funds towards its creation.

Leave Out The Levy

However, I don’t think that ideas such as a £2 internet levy to fund mainstream media are the answer. It’s commercial nonsense, politically impossible and grossly unfair. [‘Hello hard-pressed internet user, I’m from the government. We’d like you to pay more to do your online shopping and Facebooking so that we can give the Daily Express a subsidy’] Why should broadband users pay for mainstream media?

How would it work? Yes, the loss-making Guardian will make a case that it provides ‘public service’ journalism, but why fund them and not the Murdoch-owned and profitable Sun newspaper? Why not give the money to a hyperlocal website in Stoke or the hugely partisan and rude political blogger Guido Fawkes.

Who would decide? Civil servants? Politicians? That doesn’t work in the interests of independent or efficient journalism where it happens in places like France or Italy. Or perhaps we should leave it to the industry, the kind of people that ran the PCC? Well, that worked out well didn’t it? But worst of all, that kind of sticking plaster solution assumes that the product itself doesn’t need to change.

Are You Worth It?

In a post-Leveson world, of all worlds, the UK mainstream media has to answer the L’Oreal question. Are you worth it? And once they’ve done that they have to come up with much imaginative ideas than a broadband levy.

In a country where we are shutting hospitals, cutting disability benefits and charging students £9,000 a year to attend University, journalism is more needed than ever. But professional journalists have to justify what they do more honestly, efficiently and imaginatively than ever before, too.

The boring answer to the question posed at the top of this blog is that there will be many different answers. That’s the point of journalism in this new complex media world. I think that the Guardian’s Open Journalism model suits their culture and audience, while The Times pay-wall suits them. We will never go back to the Golden Age where by a wonderful coincidence, display and classified advertising of cars, lipstick and houses funded news journalism by huge media organisations. I don’t want to go back either. I think that where it works, the journalism we are now creating – professionally and with the public – is better than what went before. 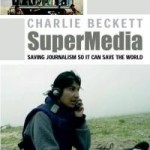 If you want to help fund my journalism and, more importantly, find out more detail about how to ‘save journalism so it can save the world’ [sic] check out my book SuperMedia. It’s a few years old now (aren’t we all) but I think the general thesis still makes sense. 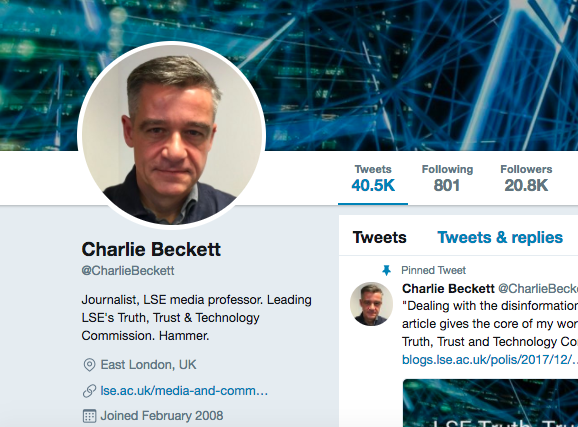