This is the second part of Esra Dogramaci’s eye-witness account of the protests in Turky and her political analysis of what it means and where it is headed. Read the first part here. Here she starts off by looking at the role of the media.

When the protests began, centred around Istanbul’s Gezi park, there was nominal media coverage. When things started to boil on Friday night however (the first night police used force) there was no Turkish mainstream television media coverage. The next day, the front pages of all major newspapers had coverage, framed of course according to their editorial views. In the following days, protests gathered around the headquarters of major Turkish press – Haberturk and NTV, on their lack of coverage. When CNN international was live streaming Taksim, CNNTurk decided to air a documentary on penguins. Dogus holding – the parent company for NTV did issue an apology, and since have committed coverage, including livestream of the events around Turkey.

Brands under the Dogus group were also specifically identified for boycott because of their apparent media apathy. When veteran journalist Fatih Alkayli interviewed the Prime Minister on Sunday, there was still palpable hesitation at questioning the Prime Minister. By Tuesday the hard questions were being asked at a press conference with Deputy Prime Minister Arinc, who not only apologised for the excessive use of force, as had President Gul in the days before, but also suggested solutions to protestors grievances.

Arinc also made the distinction between peaceful protestors who were against the removal of trees versus those who were provocating. This is an important distinction. If we look at media coverage, by my first hand experience, it was like ’embedded’ conflict journalism, the press were standing alongside police. Yes, they covered the use of force of police by protestors but there was also a minor issue that needs a little more coverage and that is of the provocateurs.

Why this is no Turkish Spring

Why did the Egyptian uprising succeed? Because day after day for over 4 weeks, tens of thousands of people came to protest at one focal point: Tahrir Square. Sure, there were protests in other cities but Tahrir Square became a micro city unto itself where protests continued day and night. When protests in Bahrain centred on the Pearl roundabout, the government quickly tore it down. Taksim square in Istanbul may be the most visible focal point but its not the only one. Protests are also largely taking place after work/school hours, weekend included.

A general strike this week added more weight and a group of representatives met with the Deputy Prime Minister to share their grievances: to stop the plans of development in Gezi park, for Police Officials to resign/be held to account, and for the banning of tear gas. At the time of writing (5.6.13) there has not yet been a response to these demands. These are very different demands to the ousting of a leader in Egypt, Tunis, Yemen or Libya after decades of various corruption, oppression, sham elections and the like. It is worth noting here that these demands do not call for Erdogan’s resignation.

When the Prime Minister denies autocratic tendencies and emphasises he is a delegate of the people, he’s right. Its his leadership style which irks people, the terms he uses, decisions he makes that stoke anger. But disliking someone because of their leadership style is not a reason to demand removal.

If the government is able to pass legislation seen as unfavourable by a great proportion of the population, the obvious question is, where is the opposition? And for that matter, where have the opposition been for the past 11 years? Turkey is a land of polar opposites. There’s no grey area and that is why this movement can very well lose steam and have limited success.

If you watch Turkish parliamentary debates, its a yelling match. There is no negotiation or grey area. Pluralist democracy should be about bringing together opposing, even conflictual voices, to debate, to negotiate and through that process advancing democracy. That is not happening in Turkey. Ziya Meral has called for a speakers corner in Gezi park. Sure, that’s one step, and then? If media are not even covering the events and its up to those able to access and circulate information on social sphere, is that really the democratic currency needed for participation and decision making? Probably not.

Prime Minister Erdogan has come out against Twitter, calling it a nuisance. Other articles have appeared speculating on the use of social platforms in these protests. 3G networks did go down in Istanbul although this was due to network overload rather than government interference. In any case, the group Anonymous did respond on Monday by taking down various government sites. So what has the role of social media been in all this?

Firstly, Turkish media did not cover the protests from day 1. CNNTurk aired a documentary on penguins and other channels continued with regular programming. It was only after massive Turkish rebuke that the press began to cover the story. One newspaper suggested that it was not the police withdrawal, but the Prime Ministers speech which led to the disbursement and calming of crowds in Taksim over the weekend. Protests have taken place in front of the offices of Haberturk and NTV, as well as calls to boycott other holdings of the Dogus Group – the parent company of NTV for failure to cover the protests.

Of course, domestic media have now caught up. This is an indication of the state of the media in Turkey. Perhaps the interview with the Prime Minister by Altayli captured the situation. He squirmed in his chair, his face was flushed, softened the hard questions. He clearly did not look comfortable. In that absence, protestors, citizens have been circulating images and text, with much misinformation also.

It’s important to remember not everyone on Twitter is a journalist and just because something is published, it does not mean it is true of credible. An image of people on one of the Istanbul bridges wasn’t solidarity marches, it was an image from last years Istanbul marathon. The social space has been one of organising and sharing information, including carrying personal u-stream (live stream) broadcasts in response to media absence.

It’s also had the role of criticising the mainstream media as well as developing memes around various comments, including the one by the Prime Minister calling protestors miscreants (capulcu). This has sparked internet memes (see left for definition). Many took offence to this, again because demonstrators are not necessarily for for or against but many fall in that little acknowledged grey area.

Protests are continuing daily and continue around various cities in Turkey.  The activity on social media is well down but analysis and commentary in Turkish press and beyond is up. Turkish commentators, journalists and the like are moving beyond the protests. Twitter users in Izmir have been arrested for apparently spreading misinformation and certain journalists have received the Prime Ministers ire (and public notoriety) for speaking up or opposing him. This is not helpful – again we need to look for that grey area. Still, demonstrations are planned. If this holds until the weekend, then we may have something very different. That being said, its not a revolution, its not a riot, and its certainly not a “Turkish Spring,” we’re in summer.

Esra Dogramaci is a journalist and is also a student in the LSE Department of Media and Communications – she is on twitter as @EsraD and she also took the photos for this article.

Posted In: International | Research and Publications 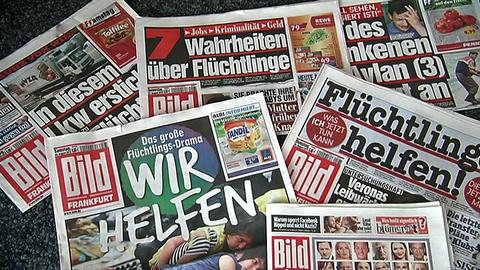