This week’s Media Agenda Talk was about London’s identity and culture. Three panellists – Author Eve Harris, music critic Lloyd Bradley and Channel 4 Reporter Fatima Manji – presented their unique perspective on the city, stemming from their professional experience and their life as Londoners.

Does London have a culture of its own, or should we be speaking of a culture of neighbourhoods?  Do its inhabitants identify more as ‘Londoner’ than ‘British’? How accurately does the media represent the capital?

This post  was written by Polis Reporter Eryk Salvaggio

As a recent migrant to London, I’ve defined this city in a particular way. I mentally map the city in my head as I walk the same path, beating the concrete into the neural pathways of my brain. My London will be the walk from Borough Market to Fleet Street, for now and perhaps forever.

But my London might look very different to you, or to someone walking the same route in a headscarf or a tallit, if you were a mod or a punk, or if your skin were some shade different than mine. This is the imagined London, the hodgepodge of projections and representations at the intersection of the mass culture and the personal, what LSE’s Dr. Myria Georgiou rightfully described as one of the “most mediated places in the world.” This is the city of 107 spoken languages, each creating its own idea of London-of-the-Diaspora:

There are, from one perspective, two kinds of communities: The integrating, in which migrants quickly begin “blending in,” and the isolated, in which migrants huddle together within a protective cocoon. We heard about each of these communities – and the tensions they create – at the Polis Media Agenda Talk, “Culture and Identity in the Capital.”

Eve Harris, who taught at an all girls’ ultra-Orthodox Jewish school in North West London and is most recently the author of “The Marrying of Chani Kaufman,” describes one such isolated community within London: traditional Jewish communities, long standing in their presence but extremely reluctant to embrace integration. “Everything outside is the secular world,” Harris said. “TV is the sewer in the living room,” but quite a few had secretly stashed one away in a cupboard. Harris saw the everyday human drama that went on within the community, but also the fear of “losing their flavor,” and their traditions, by embracing the broader culture of London.

Lloyd Bradley, a rock journalist for more than three decades and now the author of “Sounds Like London: 100 Years of Black Music,” stands in contrast, describing the melting pot of raggae, ska, and grime music as it evolved with the city. Bradley, whose parents migrated to London, grew up watching music distill the various identities of migrant kids: “We all just became black kids in London.” And he described how a Lover’s Rock Raggae – “What London did to Jamaican music” – grabbed the attention of integrated Irish and Greek communities. “They weren’t ‘trying to be black,’” Bradley said, “They were just celebrating street culture.” It was just what everybody knew – and that sound has been projected across the world.

Of course, such a wide reading of a single place isn’t without its tensions. While Bradley expressed a hopeful sentiment, “Londoners get on together largely because they have to,” Fatima Manji of Channel 4 news, who covers immigrant issues, discussed the “Go Home” vans – a recently retracted endeavor in which the UK government drove trucks emblazoned with billboard-sized murals warning illegal residents to go home or face arrest. The vans shaped the dialogue around migration in an oppositional way, where suddenly people were defining themselves around stories about the vans. She seemed to suggest that the vans created an issue that would otherwise have simply gone unnoticed.

But tensions, too, are part of the collective imagination. As a recent arrival in London, I’m reminded more often of the 2012 Olympic games than of the riots which swept the city just a year before. I’m part of the wave for whom that section of this city’s map is blank. But it seems the initial understanding of the riots were themselves hand-picked from one set of projections. Nanji said race wasn’t an issue, but journalists didn’t know how else to make sense of it. Lloyd agreed, calling it dangerous to suggest it was about race: “The establishment representation of London isn’t the London that Londoners see,” he said. “The riots didn’t fit into the boxes the establishment expected to see.”

I was sitting in a distinctly British pub eating a distinctly British fish and chips alongside an Irish friend (I, myself, am American) discussing the enormous intercultural frenzy that is London. And yet, for all the competing ideologies, religions, languages, nationalities, standards and expectations, the city remains resolutely London. Any observer has to wonder just what precisely the city’s immigrants might assimilate to.

As an answer to the first question posed by Georgiou, how does the representation of London shape the way we imagine it? Romantically, I envision a stack of personal maps on razor-thin paper, in shapes and colors defined by the intersection of our collective and personal experiences, a hazy definition of the Thames surrounded by spatter and blur. A city whose meaning is in constant negotiation, defined by the process of refining an ever-changing sense of itself.

What do you see?

This post  was written by Polis Reporter Eryk Salvaggio

Polis reporter Clare Sheehan caught up with Eve Harris, Fatima Manji, and Lloyd Bradley from the fifth Polis’ Media Agenda Talk lecture series for a quick questionnaire on what’s trending in the world of contemporary media.

What is your favourite social media platform?

Eve Harris: Probably magazines and newspapers, because I read. I have a Twitter account, but it’s actually manned by my husband in drag. I don’t know how to use it. I mean I use e-mail a lot, but basically I read newspapers and magazines more.

Fatima Manji: I’m going to be really boring and say Twitter. It’s like my daily news feed. It’s very sad, but I wake up in the morning and it’s the first thing I look at, and quite often it will have the news of the day and the things that I need to know straight away.

Where do you get your news?

Eve Harris: Radio 4. I listen to the radio. I’ll go online if it’s something specific that I’ve heard about and I’ve just caught a snippet. Then I’ll look it up. I’ll just google BBC News.

Fatima Manji: [Twitter] is the first place, most of the time. We have wires coming into work as well. I guess that would be second place. It’s as quick as Twitter, so that would be second place. I go to different places for analysis than I would news. So if I want very quick, fast, just ‘what’s happened?’ and ‘what’s the latest line?’ then I’ll check the wires, I’ll check Twitter. If I actually want the analysis, then I will go to the newspapers or blogs.

What is one thing you wish you could change about the media industry?

Eve Harris: Make it easier for my mum to understand how to use texts and e-mails! It’s moving so fast that I think a lot of people not from this generation find it hard to connect to it….I suppose they have so much power – I mean, journalists – if they don’t like you and turn against you, they have the power to write an e-mail, to write an article, to write anything. That’s it – it’s one person’s perception and they can really skew the way you want to appear to the public. Media is incredibly powerful.

Fatima Manji: I wish journalists would push existing narratives much more. I think we do that quite well at Channel 4 News. I think other outlets don’t, and they just run with the pack.

Lloyd Bradley: That it would be more genuinely diverse. Take BBC, for instance. They’ve got a quota to do with their charter, they have to employ X amount from black or ethnic minorities, and they all work in the canteen. So I think genuine diversity, to put people in senior positions. As I was talking about earlier, allowing us to run it ourselves and we’ll get it right. I think now, with the digital age and the Internet, we can do that more and more. The means of distribution are in our hands now, so I think that will change, but it will change from a sort of underground perspective, rather than change within the big organizations.

Do you think social media is making us smarter or dumbing us down?

Lloyd Bradley: It’s a bit of both really. Some of it’s cretinous, some of it is pretty smart. It’s both really. You can’t blame social media, just blame the people who use it. It’s like blaming cars because people get run over.

What news stories are you currently following?

Fatima Manji: All of them, because that’s my job. The phone hacking trial is fascinating. I’ve just spent the past two weeks in Iran, so following the Geneva talks was great. I mean, I wasn’t working there, but it was interesting seeing it from that perspective. And I also think the Chilcot Inquiry into the Iraq war and not releasing certain memos – I think that’s going to be one to watch.

Lloyd Bradley: Obviously the Philippines. David Dimbleby’s tattoo is mildly interesting. I think pretty much London stories. I’m really kind of a grump about London transport and how much it costs, things like that. So I follow London stories more than national news, because it affects me immediately. 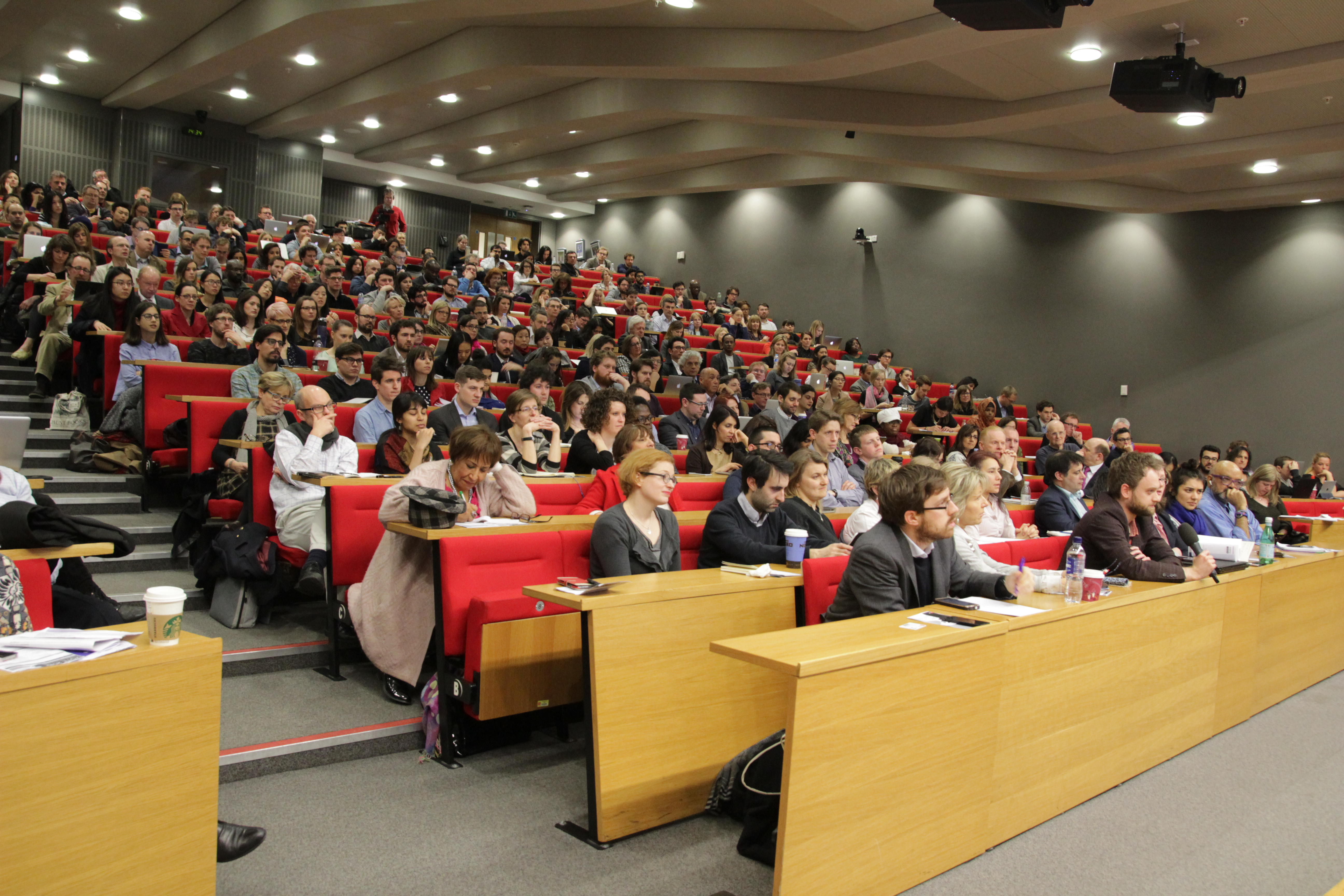