“Stronger than corruption, mistakes and lies”: being political and right wing in France (guest blog)

“Stronger than corruption, mistakes and lies”: being political and right wing in France (guest blog)

“You know for a right-leaning person, you are surprisingly nice”.

If I had been given one euro for every single time I heard this sentence, today I would probably be a billionaire. I am French. I am nineteen. I am right-leaning. And this simple fact has caused me many problems, created me many enemies amongst my peers, and sometimes lost me friends.

Although France is a nation that is the home to various political beliefs, it remains the land of the 1789 revolution that suppressed the monarchy, that gave power to the people, thus a country where the Socialist Party – which is currently in power – embodies the most popular values.

A Reason To Believe

And when it comes to my generation, the relationship it has with politics is a rather complicated one. In fact, most people who are my age do not care about politics. There are many obvious reasons for that. It could be because they do not understand it, because they have no interest whatsoever in it. But mostly it is because they do not find any party with which they can relate to, any political figure to identify themselves with.

This last argument embraces the majority of young people and it is an understandable phenomenon. Why? Because it is not ‘breaking news’ that the entire political class does not know how to communicate with the younger generations. They don’t know how to talk to them, so they are not able to convince them or to raise any interest.

But for those of us who commit to politics, the cultural, historical tendency of socialism remains the strongest. In fact, even people who do not care particularly about politics will claim themselves left-leaning. How do we explain or analyse this preference?

I already mentioned the first argument for it and it is the one of the historical French background. The Socialist Party remains labeled as the defender of the poor and oppressed. It is idealised as the Party which fights for equality, justice and which, no matter what, will put the power in the people’s hands. Even though such ideas are not representative of the Party as it is today, it still is a popular, cultural trend to claim yourself left-leaning.

The second reason as I see it why it is considered inappropriate to be both young and right-leaning, is closely linked to the fact that ‘money’ is associated with the main right-leaning Party, the UMP.

Firstly, one should explain that the very concept of money in France is an issue. French people do not like money, they don’t recognize wealth as an achievement or at least they will never admit it to be one. They are terrified and repulsed by what they call “external signs” of wealth. For instance, if you own a particularly expensive car, wear luxury brands, live in a beautiful house, you will be criticized. Is it envy, jealousy, or just contempt? Who knows. It is part of the nation’s reality.

The problem is that people automatically assume that “right-leaning” and “money” are synonyms. When I tell people about my political convictions, the responses are awfully predictable and similar.

“Of course you vote UMP, you are rich”

“No wonder you are right-leaning, you come from a wealthy family”

“You have no social conscience, you do not care about equality”

“You want to defend your personal interests and nothing else”

“You only want to preserve the system that made you privileged”.

The absurd list of clichés and prejudices is a very long one. It has come to a point where I do not listen to it anymore.

Firstly, I guess I must be tired of the fact people feel the need to constantly remind me how bad of a person they think I am. Secondly, I perfectly know that their so-called arguments do not come even close to the reality of my political comitment.

Committing to politics is a personal, intense and essential procedure. And none of it has something to do with money.

What is often stated about right-leaning people, is that they do not love their country. They do not want to take part in the general effort, some prefer to leave France in order to avoid taxes. The reason why I first wanted to act, to integrate the political debate is the following: I am tremendously in love with my country. I think committing to politics is a great way to serve your country and if you know you have the ability to serve it well, you should do it.

I am terribly proud of France and I am convinced that it gave and still gives me many essential things: culture, identity, curiosity… I am grateful for it all: opportunities, healthcare, rights, duties… and I am aware that every chance you have to give back to your country is one that should be taken.

About my convictions, I am right-leaning because I do not want to live in a world where people hate ambition. When current French President François Hollande declared in a TV interview “I hate rich people”, I do not want to agree with him because it appears inappropriate. I believe if you work hard and earn money, you should be free to enjoy it.

All the more, I want people who represent me to speak the truth or at least to be honest about what they expect from life. I want them to admit what they need, what they dream about and not to be ashamed about it.

I do not want them to reject success but to celebrate it. In France, I do believe to be right-leaning gives you the freedom to be uninhibited about it. So yes, I want to be genuine about that, because what is more important than authenticity?

I am not trying to convince anyone. I am not writing a political pamphlet. I am not telling people who they should vote for. I want to tell people that political commitment goes way beyond clichés, that it embodies way more than how much you earn or where you are from. It is not a light commitment, is is a commitment to life.

My message would be: if you commit to politics, and I believe you should, do it wisely. If you decide to enter a political family or you chose to defend specific values, you should be aware of what you are getting yourself into. I can think of two friends who each changed political parties in the past year because they were ashamed of the parties’ action, or because they did not feel concerned by the parties’ values anymore.

The first political meeting I attended was one of Nicolas Sarkozy during the Presidential Run of 2007. I was twelve and I fell in love with politics for what it is, an overwhelming commitment, what some philosophers call “man’s mission”. So you might not agree with my political beliefs, but I am happy to say that I remained loyal to the vision of the world I wanted to defend during all those years. Of course you cannot always be happy with all the members of the party, with their decisions and behaviour. You will be disappointed, upset. You will have doubts. You will be angry. But in the end, you should remember that you share the same ideals. And that it is stronger than corruption, mistakes and lies.

It's a man's (political media) world 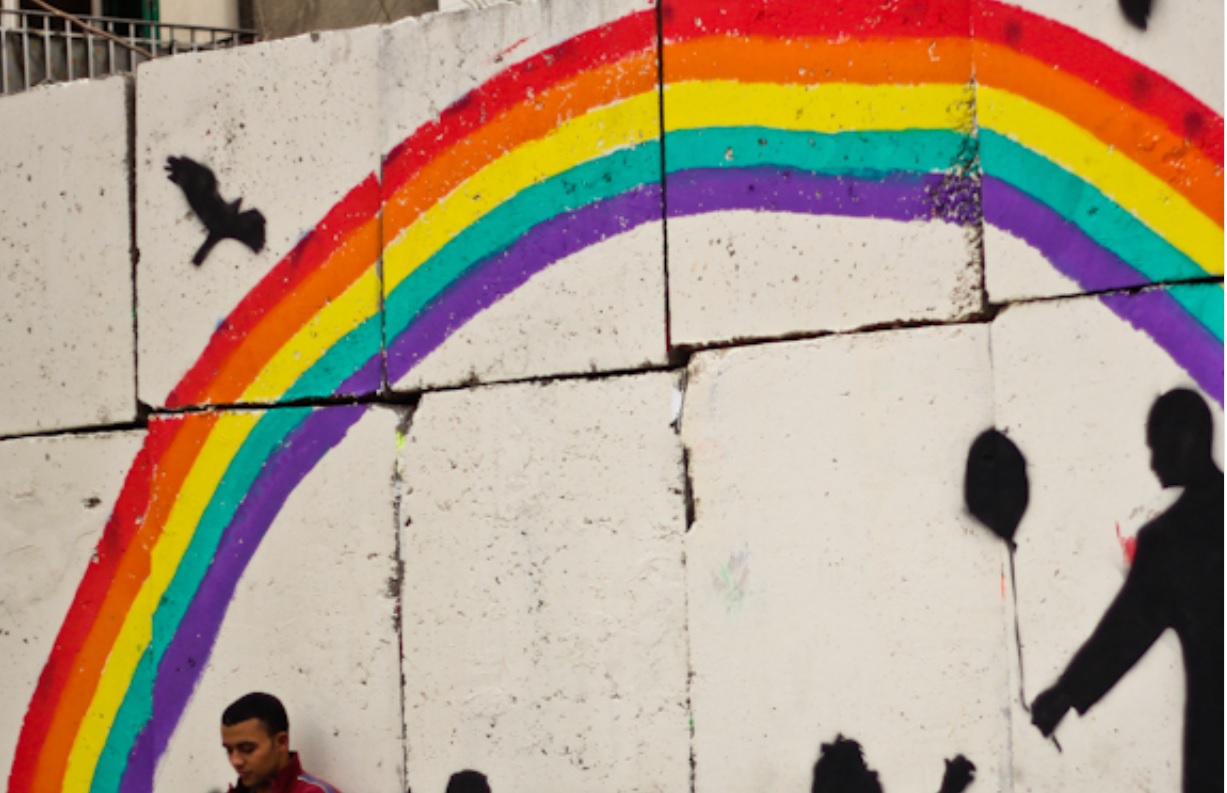