Today I started research on a documentary about how journalists should deal with the surfeit of frightening, horrific news in our lives: then along comes the Charlie Hebdo massacre.

I am sure it’s not just journalists who feel viscerally appalled by this very deliberate, callous, meticulous and brutal act of murder. Cowardly and at scale against (almost) defenseless people at work in their offices.

There are some obvious things that have been said already. It should make us more proud to defend the values that have been assaulted;  The attackers don’t ‘represent’ any religion;  Any response characterised by hatred or revenge will aid the murderers, not the cause of tolerance and freedom of expression.

People should – and are – uniting in a message of hope and solidarity to balance the fear. The #JeSuisCharlie hashtag is just one example of a healthy social media response. The images published by citizens who are gathering at pro-Hebdo rallies across Europe are inspiring.

I am also impressed by what I have seen of the rolling news networks’ restraint in not showing graphic imagery and not hyping what is already a hyper-horrific event.

I think this is how the positive/negative equation of news works today. Yes, we know more quickly and more immediately and more extensively about horrors like this. However, the humanising context is also more present.

What struck me was how weird it is that these people – and they do deserve the label terrorist – have struck against cartoonists. Not drone manufacturers or military bases, diplomats or financiers, but satirists.

It shows what we should have already known. That journalism is part of the ideological war. It is the front-line.

That makes it all the more important that journalists respond thoughtfully.

I am not going to tell editors what they should publish in relation to this story. But it would be good if their response is in the best tradition of liberal, positive journalism and not just an angry, lashing out that feeds the fear that helps sustain those who perpetrate the violence. Talk of ‘fifth columns’ or ‘clash of civilisations’ plays directly into the hands of the ideologues.

In the end this was not really about offence. I doubt the killers were readers of Charlie Hebdo. This was about the warped ideology of disturbed fanatics exploiting a faith for a perverse cause.

That doesn’t mean news organisations should or shouldn’t publish the Hebdo cartoons, but they should think about how they do it.

Update: This is what I mean. Sharp, dignified, poignant responses by cartoonists around the world in solidarity:

Times journalist and chair of Index on Censorship, David Aaronovitch takes a typically forthright approach in this piece that accuses the wider news media of cowardice. By failing to stick up for the right to offend, he argues, we have allowed the extremists to create a culture of fear.

Alex Massie responds to the attack in The Spectator

Simon Jenkins in The Guardian urges us not to be terrified

Tony Barber is getting a lot of flak from some people for this editorial in the FT which criticises Charlie Hebdo for ‘foolishness’. It makes some other very good points about the political context of this story (I personally wonder whether the people outraged about this attack will also be outraged about attacks on Jews in France, for example) but I think he is wrong to qualify satire’s right to freedom of expression by whether it is clever or not. Update on the update: The FT seems to have updated its editorial with this rather firmer defence of freedom of expression

This article by an anti-surveillance lobby group boss gives the more hard-line ‘no compromise’ with anti-liberal ideologies. However, I think that the essence of liberalism is that it never says ‘no negotiation’. Of course, don’t abandon key ideas but the devil is in the detail of context and purpose. Freedom of expression is NOT an absolute – we all know that – so we should always consider the consequences of what we say, as well as our right to say it.

Philip Stephens at the FT says that the attack is an attack on the Enlightenment idea of freedom of expression, but points out that other people who are not Muslims – such as Russia’s President Putin – have also assaulted that ideal – usually by encouraging those on the far right – people like Marine Le Pen – he argues. 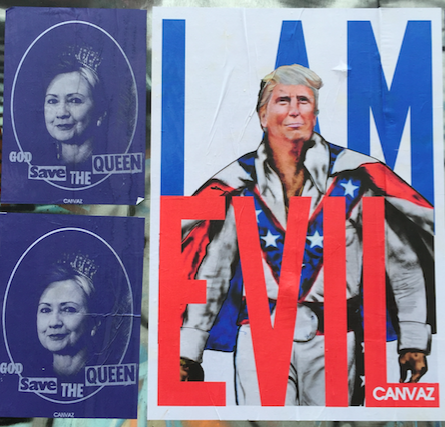