Children’s Rights in the Digital Age

Children’s Rights in the Digital Age

What do we know about children’s experiences in the global south?
by Cristina Matamoros

Sonia Livingstone, told the audience that there were almost ten times more children in the global south than in the north. These children constitute a growing number of the world’s Internet users.

Livingstone who is also Project Director of EU Kids Online, a LSE research network, says that it is not safe to translate research on European children’s online experiences to the South. “It would be unfortunate to repeat the mistakes of the global north.”

There are many differences between children’s online experiences in the South and the North she said:

“Children’s experiences in the South are stratified by socio-economic, ethnic, and gender inequalities and also forms of sexual exploitation,”

Due to the rise of electronic devices in the global market, children in the South access the Internet through portable electronics rather than desktops.Access is also more community-based than in the North. Cybercafés are still widely used in the global south. They make the Internet a public experience, which increases the risks that children may encounter.

In fact a study by UNICEF found that young people in South Africa are aware of the risks and dangers they may encounter if they engage with varied forms of social and electronic media and that girls were highly aware of the risks of sending images of themselves by contrast to the global North.

One particular problem that Livingstone highlighted is that Internet use in the South is badly regulated and that parents were less aware of the dangers their children could encounter in the web.  In other Southern countries where family and state regulation is more conservative, “there’s a problematic clash of rights,” Livingstone said.

The Child’s Rights International Network argues that such restrictions based on conservative views could potentially harm a child’s right to privacy, participation, and information about identity, sexuality, and health.  However, there are also educators and NGO’s who are taking matters into their own hands and educating children about the Internet.

In Iraq, UNESCO is developing e-learning resources and training courses to ameliorate the educational system after a decade of war and internal strife. But as long as the Internet keeps changing, more concerns will pop up.

The age of the Internet and the child: A story less told
by Bani Bains

Livingstone talked about her career’s unanticipated turn in the last 15 years, as she began to work closely in observing children’s behaviours online and attending policy conferences this. She spoke about how most countries today have an ‘Internet Bill of Rights’ which almost always excludes children, an observation that made her widen her academic scope into the domain of policy. Livingstone defined the particularity of children’s rights without suggesting a technologically deterministic condition or a radical break from continuity in children’s behaviours, that is to say that children’s rights are definitely changing, but not all of these changes are born out of access to the internet.

Describing the concept of ‘Ladder of Opportunities’ from the EU Kids Online report, she problematized the idea that greater access to the internet necessarily creates greater opportunities for children. The idea of the rights-based framework was emphasized to reduce risks, and not opportunities while at the same time understanding that risks and opportunities coexist. Rather than polarizing the debate between the hyperbolic technology driven agenda and the emotional cause of the loss of childhood, Livingstone  pointed out that not all risks necessarily lead to harm, just the way not all opportunities can have benefits.

While claiming that children and their families do benefit from the digital age, she also listed out certain problems, like the difficulty in distinguishing children from adults on the internet, and the more structural problem of how children don’t just access the internet, but the entire world through the internet. Using the mandate of the UN Convention on the Rights of the child of 1989, Livingstone claimed that the ‘3 Ps’ of the convention – provision, protection and participation, must be the framework of formulating children’s rights in the digital age. She also however, foresaw the problems of doing this – which mainly arose from the fact that more children in the developing world today have access to the internet than ever before, and their first experience of the internet has been very different from that of the developing world – on mobile phones, cyber cafes, community spaces etc – where risks and opportunities are both very different.

She thus concluded, both with hope and caution, for a childrens rights framework in a digital age, since it has not been accounted for by decentralizing governments or industries that do not account for children as they do not belong to the sector of ‘profit’.

Interesting responses arose both from the audience as well as the respondents. While John Carr problematized the very definition of ‘rights’ as a legally binding framework which may be difficult to implement by law in such a scenario, Robin Mansell spoke about how such a framework of rights has to be accompanied by a learning process for all stakeholders. Audience questions ranged from the authority of the UN and international bodies to parental guidance and support and children’s rights in the foreseeable future.

While Livingstone raises an important issue, and also acknowledges the question of who is to be responsible for such a framework, it is equally important to beware of the universalizing, generalizing trends that many international mandates like this have had in the past. 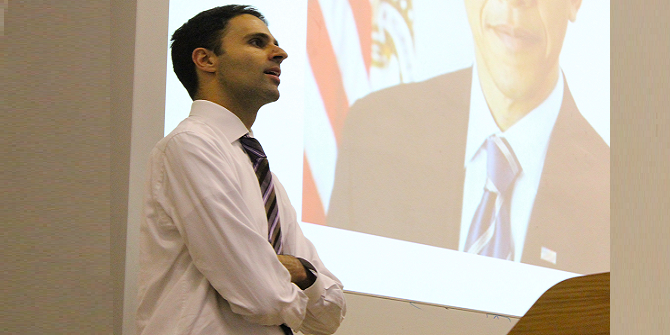