Imagine a network of people living in different states who acted as intermediaries for other countries, helping to sustain bonds of interest and to reduce conflict. Imagine these were appointed, unlike ambassadors, not by that country but by the people of the other state. Imagine that while this brought some material reward to the intermediary, it was mainly done for reputation. Sounds like something worth a kickstarter or foundation funding perhaps?

In fact it happened two millennia ago in the diplomatic disorder that was ancient Greece and was so successful  a system that it lasted for centuries until taken over by the political architecture of the Roman Empire. The system was called ‘Proxeny’ and it is an inspiring idea of how an international socio-political network can arise, adapt and sustain itself for public good.

I enjoy historical analogies but I recognise that a) I am not an historian and b) the differences are always bigger than the similarities. But thinking metaphorically the idea of proxeny might be useful to anyone struggling to understand journalism, communications and international relations in the digital, not doric era.

This post was inspired by the very lucid, beautiful and thorough book Proxeny and Polis: Institutional Networks in the Ancient Greek World (OUP) by William Mack. I have always thought that the title of the think-tank that I run here at the LSE is something of a curse that needs constant explanation. But you can see the connection. At Polis, we look at journalism in relation to society, the role of the news media in creating the idea of a community, a public, a political entity. My work is particularly about the role of ‘networked’ journalism in that process. One aspect that intrigues me is how that journalism and the networks it inhabits can help people relate to each other internationally, across borders. I wrote this article about it in 2007 with Prof Robin Mansell:

“These new forms of journalism … encourage new forms of boundary crossing on a scale not possible until recently. We suggest that these developments contain the seeds for the possibility to better understand differences and distinctions among people, but that they also heighten the possibilities for misunderstanding. … Emerging forms of journalism may provide a foundation for public dialogue that enables stories about distant others to be told and better understood. The consequence may be that there will be new opportunities for enhanced sharing of viewpoints. Although convergent media platforms create opportunities for new exchanges, there are reasons to question whether the potential will be met.”

Now back to ancient Greece. No, they didn’t have networked journalism as such. But they did have a number of ways of maintaining relations between the often fractious and always competitive city states that made up what we call Ancient Greece. They shared a kind of civilisation, a lot of trade and some very powerful mutual enemies. So it was in their interest to find ways to connect.

Proxeny was a system by which a state would grant that status to individuals from another state to act as go-betweens between say, Athens and Sparta. An Athenian would act as a kind of representative for Sparta in return for some trading, tax or citizenship rights. But they seem also to have done it for the honour and status. They acted as honest brokers in disputes, even in times of war, although they had no power and were not able to strike deals. Think of them more as networking nodes and negotiators.

It was a remarkably regular system throughout the Greek world that sustained for a number of centuries. Any given city-state  might have hundreds of proxenoi, appointing new ones all the time.

From a media point of view, I found it interesting how important the role of display through writing and recording was for the proxenia. The decree awarding the role and huge lists of holders were displayed both publicly and privately reflecting their social importance. But this was no static, dusty award. It was ‘euergetical’ – full of energy and activity – gift-giving, exchange, interaction, speech, writing, emotion, personal relationships as well as political discussion and debate. In fact, reminiscent of so many of the characteristics of successful network activism and influence today:

“Benefaction and reciprocation expressed a relationship which, unlike that of creditor and debtor, was not cancelled when a response was made, but deepened by the cumulative history of mutual interactions.” [p38]

It was a very flexible system that had to match the mobility of hellenic culture: the trading and migration across the hundreds of islands and communities that made up that part of the eastern Mediterranean. Generally speaking, the ancient sources describe the proxenos as one ‘who always said and did what was advantageous to the demos (people)’ rather than the leadership of either state. It was not a selfless or neutral role, but it was position that created a space for a voice from the Other Place, a ‘bi-directional’ link. This might be very practical, such as facilitating the return of hostages and payment of ransom.

Often the role was described as ‘witness’ or ‘guarantor’ which again, makes me think that this is a kind of political communicator, a reporter/representative function. Mack explicitly locates his study within institutional network theory. It is a great case of a deliberately manufactured and sustained network-as-institution sustained by ‘democratic’ mediation, a ‘self-supporting network of competing, equipollent actors, which continually constructed their interrelationships through as series of concrete and symbolic interactions’ [p190]:

The system was not perfect, of course. There are allegations of bribery and misuse but generally the networks were successful at reducing the level of political controversy and contestation that was there before they intervened. They were recognised even at times of war:

“If Demosthenes is to believed, the Chians, did not cancel the extraordinary honours they had granted to the Athenian general Konon, even when he later led the armies of Athens against Chios.” (p98)

That sounds like something out of Games of Thrones but is closer to the role of the United Nations, Geneva Convention or, dare one say, an unfettered flow of information through networks? It might be that for modern states it is too much to expect this kind of personal contact relationship to have any significance. But as our global cities become more important and as media cultures become more dominant and at the same time more internationally connected, perhaps there is a role of an analogous network effect? In our hybridised, laterally connected world are there ways of emulating this?:

Mack describes how wide-ranging these networks were in Ancient Greece and how they reveal the ‘hum and buzz of the Mediterranean world with its constant Brownian motion of interaction” (p149). They were obviously influenced by geography, but not determined by it. I like his term ‘local region of primary interaction’ to describe the zone of most dense interconnections within the overall framework. The Greeks were enthusiastic networkers, says Mack:

“proxeny networks clearly show that constant contact and interaction – the desire to network – was one of the most characteristic features of the interstate system of poleis in the ancient Mediterranean.” (p197)

Bear in mind that our image of classical Greece as full of great literature, temples, Olympic Games and brave men with big shields fighting off the Persians is not the whole picture: it was pretty much anarchy until the Romans brought ‘order’. So they needed these ties that bind.

We, too, have these asymmetric clouds of knowing that overlap, ebb and flow. We also have multiple internal and external threats. The lesson I took from the idea of proxeny is that the networking concept should be strong and relatively consistent but the networks should be flexible and adaptable. Instead, we watch our institutions such as the UN or EU struggle to adapt their rigid forms with weak ideals into the new networked relationships that make up the modern world. We need proxeny. Mack ends with what I think is a key message to those who want to build these kind of mutually beneficial, or cosmopolitan networks. When we look at ‘institution building’ we often mistake the shape for the purpose. Proxeny offers another model:

“Recent interpretations of institutional innovation have tended to concentrate on the pursuit of performance, the lowering of transaction costs and efficiency gains. In contrast, the normative model of institutional isomorphism explored in this book would encourage explanation of the adoption and use of particular sorts of civic forms, as well as the persistence of local idiosyncratic institutions, in social terms, as communal performance of legitimacy and identity, particularly within specific local or regional contexts.” (p284)

Over the next few years the role of international journalism in facilitating those networks and particularly the role of cities in creating nodes for interaction will be a Polis research theme. More to follow, but a bit more up to date I hope than ancient Greece.

Can Frees Defy The Big Freeze? 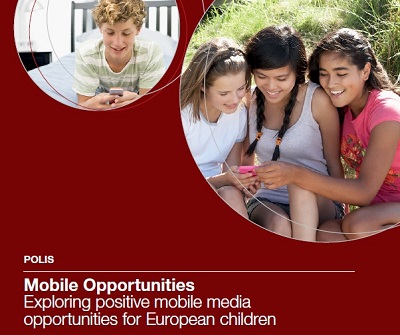