This new noise: the extraordinary birth and troubled life of the BBC (book review)

This new noise: the extraordinary birth and troubled life of the BBC (book review)

This is the story of a start up that uses a new technology to create one of the age’s biggest media organisations  that within a couple of decades goes on to be a world-beating brand worth £5 billion a year. How should that organisation take its founding values into the digital era and an age of global competition and technological shocks?

The Guardian’s Charlotte Higgins has written a very good book that recaptures the spirit of the BBC as a pioneer but also the roller coaster ride of its adolescence and maturity. This is a stirring, spirited narrative of the human individuals who led the corporation through those changes.

It’s a story at the centre of British social life for nearly a century, told with sensitivity and humour. But it also has just enough critical insight to make a valuable contribution to the really important question about the BBC: what happens next?

If you want the magisterial detail on BBC history go for the Asa Briggs volumes or the rather sharper but more selective recent chronicles of Jean Seaton. Higgin’s version is sympathetic but unauthorised. Though the Guardian is very much a cultural and political soul-mate of the BBC Higgins account manages to question the fundamentals enough to open up debate about future direction.

But before you get to the end game of broadcasting policy, enjoy Higgin’s tour of the people who drove through the evolution of the BBC. Well known figures come to life. I got a fresh sense of the founding DG Lord Reith as a more complex, enabling figure. Alastair Milne comes across as more astute than in Seaton’s account. Others like the hapless George Entwhistle are cast in a devastating light. Higgins has a sharp eye for personal detail and a clever way of letting key anecdotes or quotes tell their own story.

And then there are the women. Pioneers like Hilda Matheson who virtually invents political broadcast journalism while having a sumptuous affair with Vita Sackville West. She could handle pressure:

“Back late to find a frenzied Admiral Carpendale sending himself into fits over politics – so I had to draft an ultimatum to the parties for him – rather fun that was”.

Or Grace Wyndham Goldie who creates the idea of current affairs TV after the Second World War. She took it from an obscure small department stuck up in damp and draughty Alexandria Palace to something I recognise as the multi-format, sophisticated editorial powerhouse where I worked during the 1990s.

‘This New Noise’ captures the risk and excitement of being involved in profound media change.  I liked how Higgins taps into the past and present culture that both fosters and crushes creativity at the BBC as it expands from niche radio broadcaster, to TV monolith and then to online giant. It shows how you have always had to be a determined, almost perversely persistent person to buck the BBC bureaucracy, but luckily there have been enough over the years to make that happen.

Higgins is the Guardian’s chief culture writer and it’s the ideological, social culture of the BBC that she deals with so well in this book. [The book is based in a series of researched features for The Guardian] When it goes wrong it is ghastly. She is particularly vivid in her telling of the whole Savile scandal. Not the sex crimes but the incompetence, muddle and meanness that followed their exposure. Quite rightly she suggests that it wasn’t just a specific scandal, it was a systematic malaise where an organisation had forgotten what responsibility meant.

When it goes right, BBC culture is marvellous. It has sustained a level of public service that generations have appreciated around the world as well as in every part of this country. As former DG Hugh Greene put it:

“…a tradition of truthfulness and reliability which leads people at home and in nearly every country of the world to turn to the BBC in times of trouble”.

Its reach into our lives is almost complete. Many people think the BBC might be better if it was smaller, but few can volunteer which service they could do without.

Overall,  I was left thinking that the BBC needs to be bolder in meeting its future challenges and accept that its reputation and role can no longer be so universal. The lesson of this book is that the BBC has a tendency to drift towards blandness, duplication and expansion without justification. What it needs now are more of those awkward characters asking difficult and challenging questions of what the BBC should be doing and why.

At a time when all British institutions are being buffeted by economic, social and constitutional changes the BBC should not rule out radical structural change for itself. BBC defenders should spend less time resisting the rhetoric of reform from the right, left or nationalists and instead join the conversation about what the new shape and purpose of  the BBC could be: it must involve change. The new media technologies are a threat to the old BBC in some ways, but they also offer a way to remake itself as it has done in the past. This book is a lively and enjoyable contribution to that process.

This New Noise by Charlotte Higgins

Business and media in the age of uncertainty 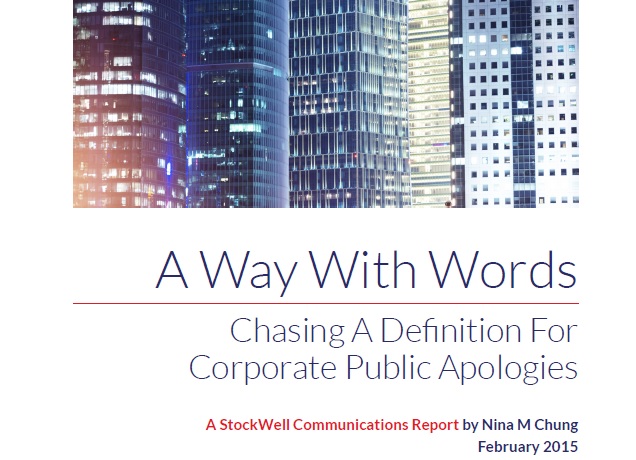 Jason Russell and Julian Assange: Heralds of the Age of Uncertainty?”