This article is by LSE MSc student André Lobato and is based on a presentation he gave at the event ‘Brazil, What’s Next? From the turmoil to the near future: challenges for democracy, economy, culture and human rights in Brazil’ on 20/07/2016.

This is an image of Karl Marx wearing Ray-Ban sunglasses with a Marshall McLuhan sentence that urges us to pay attention to the medium and its effects. Marx himself called on the proletariat of the world to take control of the mediums of production.

Media mediates between us and much of our reality. It can be considered an environment, we see, hear, speak and get in touch with media. We experience a mass-media mediated world.  Would it be possible for the nation state to exist today without newspapers radio or television, roads, airports and other forms of communication?

If holding power depends on the control of communication,  transformations in communication can change power structures. Democracy, as we know it today, is, in some way,  an invention of the print era: Constitutions are paper politics, paper made to last.

Many argue that in this age – when electricity affords an unprecedented global connectivity – ordinary people have taken control of the medium of media production without ever owning it entirely.  You buy a cellphone, but Facebook is free.  The total-connectivity of the electric medium will then facilitate the emergence of marginalized groups as political actors. They can no longer be contained, in the political sense of limited association (McLuhan).

But, even if such optimism is valid, media from the past continues to exist today.  There is a media ecology that goes on and offline, paper and meme pamphlet, 3G and TV, with different levels of participation. In the case of social movements, it is well known today that Al-Jazeera played a major role in the Arab Spring and that migrants’ newspapers in U.S. play a part in the undocumented movement.

Now, I will talk about the media ecology in the Brazilian 2013 protests and try to grasp some conclusions for the near future in Brazil.

But first, some context. The triggers of the protests were the World Cup and the increase of public transports fares.

This photo is from a demonstration in late 2012 against the destruction of public facilities around the Maracana stadium for the sports events to come: Federations Cup (2013), World  Cup (2014), and Olympics (2016).  A swimming center, a speedway track, a top ranked public school and an old Indian museum would cease to exist to give space for a car-park. Many other grassroots organizations across the country were mobilized to call for more inclusive public investments.

Bus fares in the Brazil are, in some way, the result of policies like those implemented at Maracana. Cities and states governments should provide it.  But governments use taxpayers money to invest in new trains, for example, then sell the operation to obscure private companies, that, in practice, regulate themselves.  Movimento Passe Livre (Free Fare Movement)  is a grassroots organization that advocates for free public transport in cities. They were mobilized mainly in schools and are extremely horizontal.

The coincidence of the fare rises with the Federations Cup in early June 2013 triggered mass demonstrations.

These two currents – one that criticized the logic of public transport directly in Brazil’s major cities, and the other pursuing broader agendas relating to the interference of mega-events in urban planning –  not only defended existing public spaces and services but called for them to be expanded.

Both movements were rooted in the Latin American anti-authoritarian left.  The complete openness of the movement was its strength and weakness: the streets could be occupied by anyone who wanted to occupy the streets.  “I am here for the right to be here” became both a resistance to police brutality and a statement of purpose. One of the MPL (Free Fare Movement) “leaders” said that the goal was to get the fight against the fare increase out of control. Multiple demonstrations were being called daily, gaining an unprecedented speed with 3G  live broadcasting, numerous Facebook events and continuous conversation on social media, in a decentralized way.

But, to use opposing categories borrowed from the anthropologist Levi-Strauss, while MPL preferred their demonstrations “raw”, there were other agents willing to “cook” public dissatisfaction. These would come, also, from anonymous social media websites that would capture MPL symbols and re-adapt them for more right wing purposes. A surge in right-wing communities on social media happened during this turbulent period.

Brazil’s traditional media role was decisive. Historically indifferent to the issue of Brazil’s chaotic public transport and with a brief focused firmly on corruption in a federal government commanded by the Workers’ Party, the major communication channels endeavored to “capture” the agenda of the demonstrations and to propose new directions for them.

In an example of the difficulty media professionals had understanding the agenda of the demonstrations, on 13 June, José Luiz Datena, right-wing crime-busters TV program host, called for a telephone pool.  Repeating “riots” several times, he first asked: “Are you for this kind of demonstration?” When people were calling in “yes”, he decided that maybe the audience “Didn’t understand the question”. So he then asked again: “Are you for demonstrations with riots?” The spread was even bigger. This was part of a larger conversation that happened in mainstream and social media where the interaction between messages would cross different platforms. The power of each one of these messages would sometimes be overestimated by social media activists or mainstream media. It was a circuit.

The use of political satire played an important role in the battle. Cyber activists started a massive and uncoordinated effort to target news media discourse and to de-legitimize it. One of the words Datena used to describe the demonstration was “vandalism”. This word was used across the different corporations that dominate the media in Brazil. Jokes based on the opposition between “this is wrong” and the response “vandalism”, went viral and passed into everyday vocabulary.

Crowd-editing of multiple recordings would also confront media and police narratives about the violence in the protests. 3G live broadcasters, who became known as Ninjas, would interview demonstrators in the streets. Civic-media and demonstrations entered in the loop: more narratives, more demonstrations.

There were cases of violence against mainstream reporters, expulsions from the marches and destruction of TV station cars. So, the fight materialized in very violent ways. When a Globo reporter started a live transmission, people would shout that the TV stations supported the dictatorship. This happened very often.

TV channels for their part were getting more dependent on activist footage to understand what was going on. All newspapers would have at least one person connected to civic-media 3g broadcasting.

But event though half of Brazil’s 200 million population have access to the internet in their houses, corporate media in Brazil,  owned by a few local families, has unprecedented power. They represent an unconstitutional association of local politicians and elites that coordinate TV, Radio, and Newspapers. The NGO Reporters Without Borders defined the media panorama in the report “Brazil: The Country of Thirty Berlusconis”.

One figure who represents Brazilian media better than anyone in my opinion is Willian Bonner, the anchor of the news show Jornal Nacional. Although his audience has been falling dramatically, his voice reaches about 70 million individuals in the country. When he visits Journalism Schools, he says that he prepares his news show so that “Homer Simpsons can understand”. I think this gives us an idea of what he thinks about his audience.

With the traditional media continuing to disappoint the protesters’ wish for stories related to their agendas and investigating police violence and, at the same time, giving more emphasis to federal corruption scandals than to bus company profits the demonstrators pinpointed Globo TV headquarters as one target of their demonstration march.

On June 17, 2013, Jornal Nacional made a public retraction after days of offering mayors and governors space to condemn the vandalism, Globo host Patricia Poeta had to defend the network’s journalism, with thousands marching to Globo’s door in São Paulo. After a live broadcast showing the protesters marching to the Globo building, Poeta explained:

Look, TV Globo has been reporting on the demonstrations since they started and has nothing to hide. The police excesses, the grievances of the “Free Pass Movement”, the peaceful nature of the protests and, when it happened, the depredation and destruction of buses. It is our obligation, and we will not waver from it. The right to protest and to demonstrate peacefully is a citizens’ right.

This is a typical speech by a Brazilian media organisation that uses the normative discourse of the regulatory ‘fourth estate’ power of journalism but at same time operates with a very clear political agenda. We should remember that Globo supported the dictatorship, edited presidential debates favoring a particular candidate,  broadcast illegal wiretaps.  Regardless, it was an important gesture: Jornal Nacional giving an answer to all those conversations on the internet. All journalists knew this was happening. There was not something “hidden” on the streets. It was explicit.

Nevertheless civic-media’s ability to create its environment for the demonstrations, offering a counter-narrative for the intensity of events in epochs of turmoil, worried the media establishment. Not only concerning messages but regarding technology.  GloboNews, a TV news channel, copied the 3G transmission from the Ninjas. Folha, the most influential newspaper in Brazil, openly asked for more technology in its coverage. O Globo, another newspaper, regretted not being the first to use Google Glass or Drones. They felt that this new narrative, this raw narrative of the streets, should be something they should co-opt.

Despite the technological frenzy of the civic-media, the final outcome of the struggle shows the power of corporate, political-party-entangled media.

The right-wing movements worked together with mainstream media, nullifying the agenda for more rights and public spaces. The transport fares are now, probably, as high as they would have been if no demonstrations happened. The Workers Party is suspended from power in a successful and evasive call to “end corruption”.  The impeachment of Dilma Rousseff, yet to be decided by the Senate, can only be compared to the coup against  Fernando Lugo in Paraguay, in my opinion. Brazil, from the giant who had awakened in the protests to fight corruption at the federal level or for better public services, now looks more like a Latin America country with coups, as the Turkish president Erdogan has said.

This raises some questions: 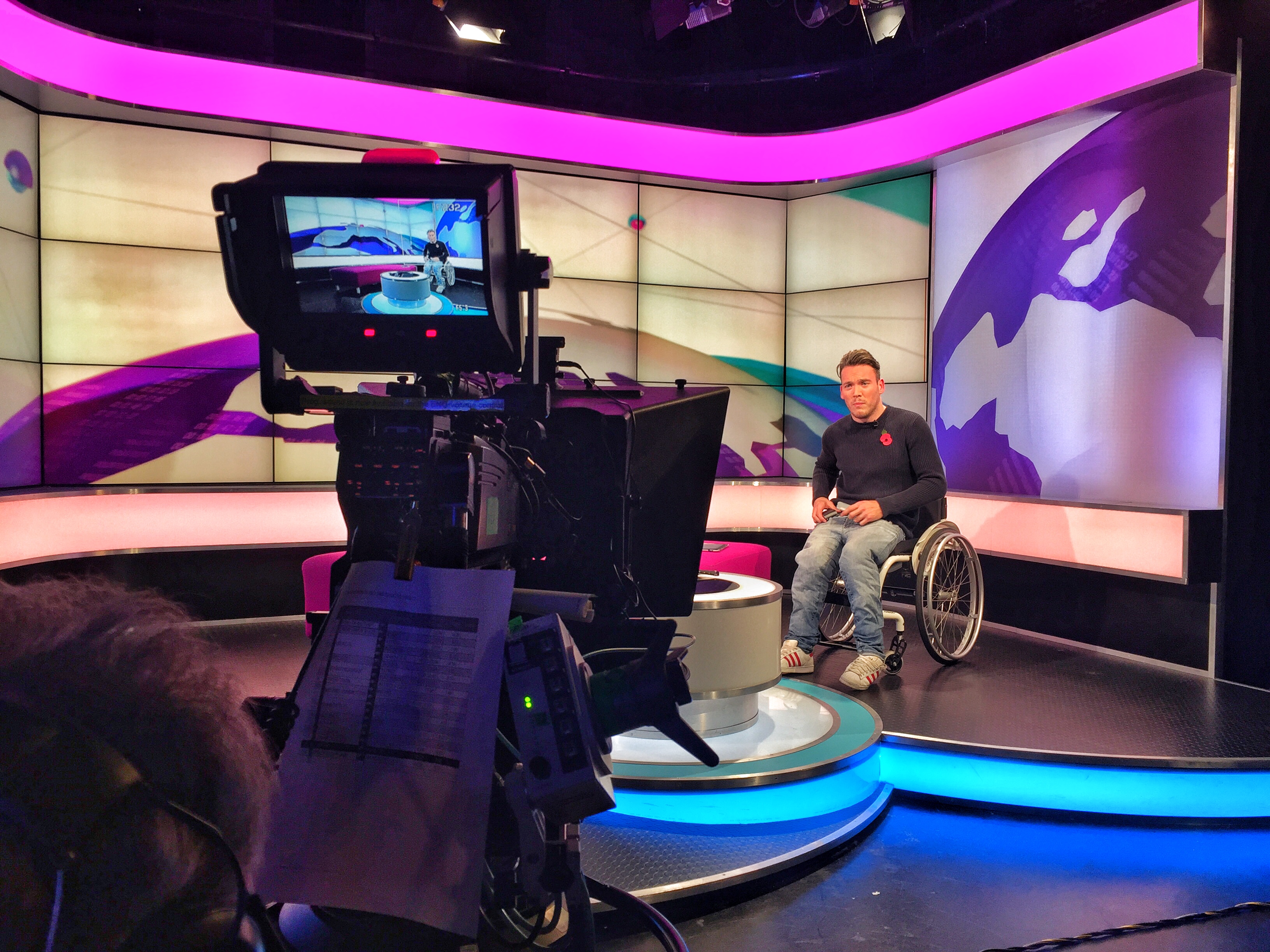 Of Twitter, time, and talking: Reflections on interviewing political journalists