The talks are open to LSE students and the public, no registration required.

Dorothy Byrne is known for her work as Commissioning Editor for Dispatches and overseeing Unreported World and Channel 4 News.  She spent many years making key films for World in Action.  During her time editing Dispatches, the programme won multiple BAFTAs, while Byrne has won the Women in Film and Television award for Best Woman in Factual Television and was made a Fellow of The Royal Television Society.

‘Lessons from Remain- Why political campaigns may never be the same again’
Lucy Thomas was Deputy Director of Britain Stronger In Europe, the campaign to remain in the EU in the recent referendum. Before setting up the campaign, Lucy was Campaign Director of the pro-European business group Business for New Europe. Lucy is a former BBC journalist, covering EU politics in the Brussels for four years, as well as working on Newsnight and Radio 4 News programmes. She served as Head of Communications for the World Dementia Envoy & Council appointed by former Prime Minister David Cameron and G8 leaders to speed up drug discovery and investment into dementia research. She has degrees from King’s College London, The London School of Economics and Sciences Po Paris.

‘Fairness, balance and the assault on reason’

He spent 30 years in the BBC as a journalist – working as a producer and editor in radio and TV News, Head of Newsgathering and ten years on the board of management as Director of News and Director of Global News and the World Service. He writes and speaks frequently on the future of TV News, international reporting and on Journalism safety.

Rebecca Skellett is a Senior Programme Manager at the Institute for Strategic Dialogue (ISD) managing the Strong Cities Network (SCN). The SCN is the first ever global network formed of 62 cities from across 39 countries including mayors, municipal-level policy makers and practitioners united in building social cohesion and community resilience to counter violent extremism in all its forms.  Previously, Rebecca worked on the front-line of the UK’s countering violent extremism (CVE) efforts across several London boroughs.  She has extensive experience in developing local CVE programming and policy frameworks.  Rebecca is also a member of the UK Department for Education’s Expert Advisory Panel for Extremism.

Russo oversees a comprehensive global communications function that spans the company’s international operations across Europe, Latin America and Asia Pacific, and includes corporate communications, internal communications, public affairs, reputation management and crisis communications.Russo supports and promotes the division’s organic growth story — led by the expansion and performance of its global flagship networks including Discovery Channel, TLC, Animal Planet, and Investigation Discovery (ID). In addition, she leads communications for global M&A activity and integrations, as the company moves to strengthen and deepen its presence in key markets and across multiple content genres with acquisitions such as Eurosport International, the premier sports entertainment provider across Europe and Asia.

Maya Vaughan-Tiwary and Kieran Yates
Maya Vaughan – Tiwary is a writer, entrepreneur and PR and media strategist with over 20 years experience working in the non-profit sector. Her blog Maya’s London is inspired by her love of London and the humanity she encounters as she moves through it’s busy streets. Her business projects include an online fashion store (www.choochlondon.com) and a natural ice-lolly company (Bliss on a Bike) that retails from cargo bikes across north London. Maya is a mother of three girls and lives in Archway, London

Kieran Yates is a freelance writer on music and politics for NME, The Metro and Dazed and Confused. She is the co-author of ‘Generation Vexed’ and is the co-host of The Guardian Music Weekly podcast.

‘Racing to Destruction? How Acceleration is Transforming Journalism’
Robert Colvile is a British journalist and commentator and author of ‘The Great Acceleration’ about how technology is speeding up the pace of life and the impact that’s having. He was previously associate editor at the Daily Telegraph and most recently news director at BuzzFeed UK.

Liz Mermin is the Director of Visual at the Thomson Reuters Foundation, where she oversees a team making short creative documentaries telling under-reported humanitarian stories from around the world. These have included collaborations with The Guardian, TIME Magazine, and Participant Media, and all their work is available free of charge to news outlets globally. Mermin comes from the independent documentary world: she has directed seven documentary features exploring a wide variety of contemporary topics, including a beauty academy in Kabul, the ties binding gangsters, police, and the film industry in Mumbai, Eurovision and human rights in Azerbaijan, and the inner lives of Irish racehorses. Her films have been released in cinemas in the US and UK, broadcast internationally, and shown at film festivals around the world. Five were BBC Storyville commissions. She has also directed shorts, including a 20-part web-series inside CERN, and made many hours of documentary television for broadcasters in the US and Europe.

Tuesday 29th November
Emma Dabiri, Curator and Commentator
Emma Dabiri is a teaching fellow in the Africa Department at SOAS and is currently completing her PhD in Visual Sociology in the Sociology Department at Goldsmiths university. Her work explores the category ‘mixed-race’ and its relationship to the concept of ‘identity’.  Emma’s work is interdisciplinary, drawing on and contributing to; African Studies, sociology, history, film, literature, theatre, and music, with a heavy dose of popular culture. Emma has utilized her own background – which encompasses diverse class and racial intersections-  to develop a voice that resonates with a large cross-section of people.  Emma is also currently working as a research assistant on a two year AHRC funded fellowship investigating Contemporary ‘Africa Rising’ narratives. Emma is a BBC One show presenter and has ust finished presenting BBC 2 Back in Time Brixton which will air in November 2016. Emma also presents a podcast with NTS exploring alternatives to protest & the role of spirituality in visionary politics in historical perspectives.

James Jones is an award-winning British documentary-maker. He has tackled difficult subjects like suicide in the military (Broken by Battle) and homelessness (Britain’s Hidden Housing Crisis), and focused on some of the world’s most dangerous and secretive places like North Korea (Life Inside the Secret State), Gaza (Children of the Gaza War) and more recently Saudi Arabia (Saudi Arabia Uncovered).
His films have won an Emmy, a Grierson, a Rory Peck Award and been nominated four times at the BAFTAs. His most recent work was the critically-acclaimed feature-length documentary Unarmed Black Male which told the story of a police shooting in America. 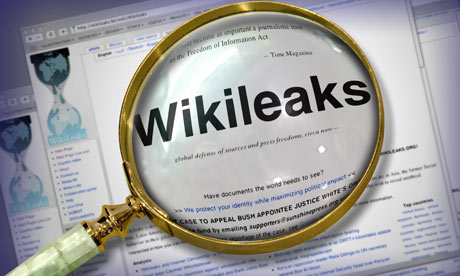