How do we know about terror events? The news media. Social media. And that’s what the terrorist wants. You to know.

I have written a report for the Tow Center at Columbia about this. Here’s an extract from the executive summary:

Terrorism is a brutal and violent practice, but it is also a media phenomenon. Terror is vital news: a dramatic, important story that the public needs to know about and understand. But terrorism also relies on such publicity to disrupt society, provoke fear, and demonstrate power. This problematic relationship predates digital technology. In 1999, American historian Walter Laqueur wrote:

It has been said that journalists are terrorists’ best friends, because they are willing to give terrorist operations maximum exposure. This is not to say that journalists as a group are sympathetic to terrorists, although it may appear so. It simply means that violence is news, whereas peace and harmony are not. The terrorists need the media, and the media find in terrorism all the ingredients of an exciting story.1

So what is the responsibility of journalists, who supply the oxygen of publicity? Journalism that reports, analyzes, and comments upon terror faces a challenge in creating narratives that are accurate, intelligible, and socially responsible. Many of the issues journalists face also relate to wider journalism practices, especially around breaking news and conflict journalism.2

In the last few years, this problem has become more acute and more complicated technically, practically, and ethically with the acceleration of the news cycle and the advent of social media. News events are amplified by social media, which often host the “first draft” of terror coverage. These platforms are specifically targeted by terrorists and referenced by journalists. Yet these companies often have only a short history of dealing with the political and commercial pressures many newsrooms have lived with for decades. The fear is that reporting of terror is becoming too sensationalist and simplistic in the digitally driven rush and that the role of professional journalism has been constrained and diminished. In February 2016,when the White House sought help to counterterror groups, it invited executives from Facebook, Google, Twitter, Instagram, Snapchat, Tumblr, and Microsoft to come up with ideas to halt the use of the internet by extremists.

This paper seeks to describe this developing situation in the context of changes in the very nature of journalism and news. It identifies trends, problems, and best practices for more constructive journalism about terror. In the first section, the paper will look at the problems facing journalism around terrorism: the increasing speed of the news cycle; new technologies and the limits on resources; the challenge of verification, definition, proportionality; and dealing with spin and propaganda.

The second section explores ways towards better reporting of terror: which systems should be in place; what language journalists should use; how journalists should judge perspective and give context in a fast-moving incident; the responsibilities of the journalist to show empathy, to demonstrate discretion, and to avoid sensationalism; and the possibility of creating narratives that show the relevance of what is happening to different communities and influence policy.

The third section will look at the role of the major platforms, especially Google, Facebook, and Twitter. What impact do they have on audiences? How do they relate to the creation of journalism about terror, especially in disseminating news? Social platforms have become part of the way the public understands and responds to terror events, but their ethical, social, and editorial responsibilities are yet to be determined. The role of the platforms is evolving significantly as they become part of the news flow. How transparent should they be about their algorithms or policies that shape the flow of content? New developments, such as live video, are creating fresh dilemmas.

Journalism has a responsibility to help society cope with the threat, reality, and consequences of terrorism. The role of independent, critical, and trustworthy journalism has never been more important. Yet, the news media has never been under such pressure economically and politically. This paper seeks to add to that pressure with a plea for better reporting. This is not just a moral or academic appeal. Unless journalism responds to the challenge that issues like terror poses, it will become increasingly less valued. Improving the work of journalists is central to the news media’s survival as a vital part of a modern, democratic society.

This is neither a handbook for journalism about terrorism nor a comprehensive research study. The aim of this paper is to provoke reflection and improve the diversity and quality of journalism. This paper also has a self-conscious bias towards American and European media, partly because of the importance of this issue in the current American and European electoral cycles.

Charlie Beckett is a professor at the LSE and director of Polis, the LSE’s journalism think-tank.

The paradoxes of global news: Polis in Athens

Multi-Media Africa: networking you to the people of the DRC 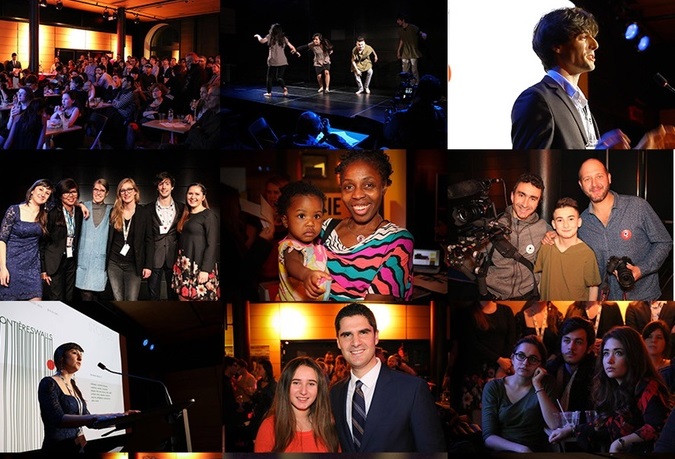