Something unusual recently made the news: Business Insider reported that BuzzFeed Editor Ben Smith sent a memo to staff, reminding them to refrain from bias on social media in their coverage leading up to the U.S. Presidential Election. The New York Times and Washington Post followed suit a few weeks later.

Why is this unusual? News media rarely publicly reflects on its own standards of production, let alone providing any degree of transparency into the managerial decision-making underlying the working practices of journalists. These memos, which came both from a digital native and legacy media organizations, tell us something about the current expectations, rules, and constraints that journalists are facing on Twitter.

As a fellow at the Tow Center for Digital Journalism, I interviewed 26 political journalists who work for the top broadsheets and cable news channels in the US about the influences on and motivations behind their Twitter engagement, especially during election times. Twitter provides journalists with direct and unfiltered access to their audiences, unlike news pieces, where editors can rephrase or cut any indication of opinion or stance before it sees the light of day. To manage journalists’ social media engagement, the vast majority of news organizations have introduced guidelines and policies that outline preferred and punishable behavior (I’ve previously written about this here). Yet, this is often in vain, as Paul Farhi of the Washington Post outlined last week in a story that called out a number of political reporters for biased tweets about Trump.

Tweeting in the heat of the moment
The New Yorker recently argued that “most key elections have a key medium, and whoever wins this year’s frantic Presidential contest will owe that success partly to Twitter.” Although it may be difficult to quantify the platform’s actual influence on the electoral outcome, Twitter has become one of this election’s most popular social spaces for public and real-time analysis, commentary, and deliberation of two notoriously polarizing candidates. For example, the second Presidential debate on October 9 was the most tweeted ever:

Naturally, journalists are drawn to spaces where news events are unfolding. But it is one thing to use Twitter to keep tabs on the debate and “sort of do surveillance and monitor…what are people talking about right now” for story ideas and different reporting angles, as one journalist told me in my research. It is another thing to get actively involved; after all, not all (journalistic) Twitter engagement is created equal.

When emotions like disbelief, outrage, or joy get the better of us, research has shown how people often take to social media to share what they are feeling. Usually, this doesn’t have serious consequences; unless you’re a hard news reporter and this behavior on Twitter goes against the professional ethos and integrity that the news industry has been so keen to uphold in the digital age. One reporter admitted that, in the heat of the moment, he sometimes needs to remind himself: “don’t do anything that you’ll regret in the morning.”

“A new crop of journalists”?
The 2016 presidential race has stirred up strong political sentiments all over the country, including the news industry, where some candidate endorsements have been unexpected or break long-standing traditions of party support. Donald Trump has picked his fair share of fights with media outlets, blacklisted some of them, and publically insulted countless reporters. Last week, USA Today reported a “massive rise” in hate speech on Twitter in relation to election coverage, much of which appears to be targeted at journalists.

When things get personal and nasty — and they have often enough during this election — news organizations provide little to no support for individual journalists in managing negative experiences and attacks on social platforms, as my research findings further indicate. Journalists are often left to their own devices. As Twitter can feel “casual,” and boundaries between professional and personal may blur, some reporters find it difficult to hold back — not necessarily so in order to dish out revenge, but to blow off steam or out of a protective instinct for one’s reputation and career. Amidst all of this, one reporter told me how he observed a new kind of journalist being forged on Twitter:

I’m still very wary about social media because… you’ve seen people get in so much trouble. You’re not going to catch me losing my job for saying something crazy. But a new crop of journalists feel more empowered to do that and are less concerned.

Another one described how being involved and outspoken cultivates a brand on Twitter, how this helps him look out for himself and optimize career prospects in an unstable labor market. He argued that “the more willing you are to put yourself out there as a journalist on Twitter, the better you will be at building up that loyal base of followers who will follow you regardless of where you are.”

The audience appreciates smart analysis, but they also like a good laugh
Journalists are competing for the audience’s attention everywhere, including a platform as saturated as Twitter. One strategy is to provide high quality content in an environment where not everything lives up to that standard, and trust that your audience will recognize and appreciate the difference. We’re unlikely to disagree with one journalist who told me “the more valuable tweets are those that put something in context.” But for some journalists, offering content in addition to (or even instead of) fact and smart analysis has become another avenue to garner attention and connect with (actual and potential) followers. After all, to use another reporter’s words, “there is a high premium on Twitter for snark and…humor.”

During my interviews, many journalists have repeatedly emphasized that they don’t want to “be perceived as robots who push out bits and pieces of information,” and instead “share glimpses of being a real person.” One journalist even admitted: “You know, we make fun of people who do boring tweets. I mean Twitter is supposed to be the repository of clever. “

While political journalism is one of the classic hard news genres, during this election it has had to grapple with a significant amount of soft news topics. For example, this year’s first presidential debate focused more on personality than any other in US history. Personal attributes, subjective experiences and character judgments move into the foreground of the public debate and even become the news story themselves. And these stories are the kind of content that not only disproportionately invite snark, wit, and humor, but, more often than not, they also do exceptionally well on Twitter in terms of generating engagement and traffic — not because of their news value, but because of their entertainment value (a phenomenon known as the news gap, where the information preferences of the media and the public diverge). While reporters may overstep the bounds of their professional code, news organizations often perceive the outcome as positive (or at least not harmful), so reporters on Twitter may get away with what was once a privilege reserved for opinion writers.

The spectrum of journalistic Twitter engagement has broadened
Overall, journalists’ engagement is significantly shaped by a) the nature of their employing news organization’s social media strategy, and b) how strictly it enforces a respective policy and sanctions misdemeanor and/or rewards desirable performance. One journalist explained:

Because the one thing you learn is that there is no one reporter bigger than [my news organization]. So you don’t bring any reproach to it. If you’re going to embarrass it, you know….You just don’t, because it will be there when you leave. And that’s what’s important. And it’s part of your journalistic integrity, don’t weigh in because you need people to read your story.

I’ve always been waiting for the day to come when an editor walks up to my desk and says, ‘You’ve been tweeting 50 times in a row about this stupid vine that someone posted. Get to work.’ But it never happens because it almost always is considered a positive when you’re on Twitter because [your news organization] gets a lot out of it. Twitter spreads their stories, [and] they know that you’re getting stories from it. They know that you’re waving the flag of the company on it. But the downside is….I mean everybody lives in terror of knowing that you’re one tweet away from everything going on. And a lot of people have gotten fired for tweeting something they shouldn’t have.

However, when an organizational social media strategy is more of a well-intentioned recommendation than a rule with an iron fist, journalists enjoy more leeway. Their Twitter engagement is notably shaped by journalistic role-perception, personal preferences and individually desired benefits (all of which can be of an organizational, professional or personal nature, of course). One reporter highlighted:

You know, I think everybody in my newsroom uses Twitter very differently. I haven’t seen a very uniform usage quite yet, whether that be in my own news organization or even how I see my competition using it. I still think that there’s a very individual aspect to how you use it.

My research findings suggest that the spectrum of journalistic Twitter engagement has broadened. The keen observer of journalists’ profiles might have spotted similar journalistic roles during this Presidential election: those who appear to belong to a “new crop” of tech-savvy, outspoken journalists who take some risks to own the Twitter culture; those who are cautious, risk-averse and see themselves as a reporters “with traditional values trying to use modern tools;” and many in between, who are still trying to figure out the “weird balance,” as one reporter put it, between the opportunities and risks of having a direct link to the audience on Twitter, and “knowing where the line is” between the two. With the election only days away, media attention is at its peak and reporting stakes are high — for all journalists on Twitter.

Svenja Ottovordemgentschenfelde is a PhD researcher at the London School of Economics and Political Science and a Fellow at the Tow Center for Digital Journalism. She works on the ‘Beyond 140 characters’ project .  Find her on Twitter @sgentschenfeld. 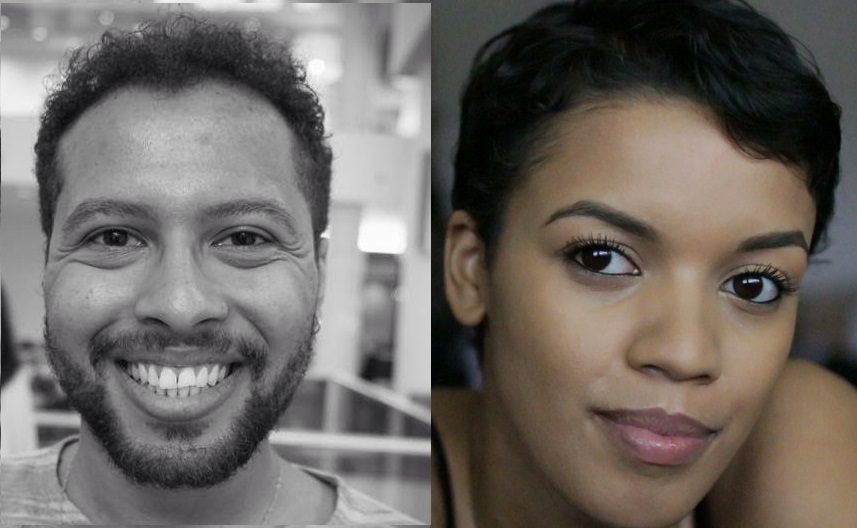 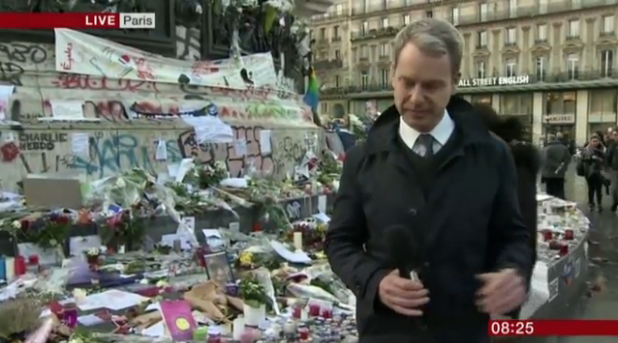