Note: This is the fourth post in the Beyond 140 characters series, which investigates how, why, and under what circumstances political journalists engage with Twitter. This piece shares some of the project’s key findings. The previous post reflected on how the nature of news events shape political journalists’ Twitter engagement. 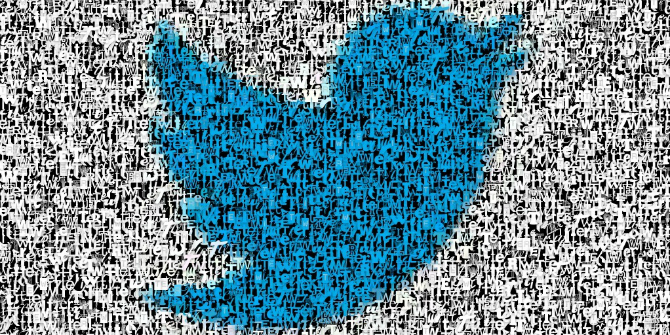 Multi-platform and digital storytelling, understanding metrics and audiences, interactivity, and branding—these are just some of the issues facing journalists today, all while using tools and techniques that weren’t possible ten years ago, and with the added pressure of identifying a unique angle or scoop. If only some of these tasks are to be achieved and well executed in a given work shift, 24 hours in a day may not be enough. This is a theme—one of managing the many tasks and workflows—that has emerged in my interviews with 26 political journalists who work for some of the top legacy media organizations in the U.S.

Twitter has become an established journalistic resource, one that reporters are expected to constantly and actively utilize (as I discussed in a previous post on organizational pressures and institutional policies). Early skepticism appears to have morphed into conventional wisdom that, to use one journalist’s own words, “if you’re a journalist and not on Twitter, you’re a dinosaur.” But the story is not that simple. Rather, it is one of constant negotiation and evaluating opportunity costs.

Among the journalists I spoke to, there appear to be two dominant, but opposing perceptions about Twitter’s place in everyday workflows.

The first narrative is one of Twitter as a distraction, where it competes for attention with traditional operations and production goals. Resources are limited, and the more space Twitter takes up in a journalist’s day, the less disposable time and energy remains for the items he or she needs to deliver. One journalist extensively talked about Twitter as a constant stream of overwhelming information and described his experience with the platform as follows:

It’s sort of like telling me that I should be watching 15 TV channels at the same time. I’m sorry, but I’m going to report and write and give you something of value, and I’m going to turn all that crap off that’s not going to matter to me.

Many others provided examples of distraction and information overload, which are taking a toll on productivity. Individuals with such experiences tended to engage with Twitter selectively and developed an increased awareness of the need to switch off. These journalists unanimously said they benefited from being more focused on their work. After all, as many highlighted, good writing is a craft and to do it well takes time and attention. One journalist explained his frustration:

On the flip side, minimizing distraction clearly involves opportunity costs. Many journalists are aware of this tradeoff, but have come to terms with it as the lesser of two evils. For example, not logging on at all or turning off push notifications can lead to missing breaking news or content shared by key individuals, especially politicians and their operatives, who are amongst the keenest adopters of Twitter as an immediate and interactive tool for public dialogue, outreach and mobilizing. These journalists risk falling a step behind colleagues and competitors, especially so when news might not be available elsewhere.

While news organizations may be willing to trade occasional Twitter abstinence for a better journalistic end product, things become trickier when journalists’ personal preferences immediately challenge their employer’s overall social media strategy. For example, how does management deal with those journalists who engage infrequently or inconsistently, when Twitter has long become an integral channel of content distribution for that news organization? Or how does one reconcile the incompatibility of the brand a journalist cultivates on Twitter with the core values and cultures of his or her employer? One journalist admitted:

I’ve kind of made my peace with it. It is what it is. If I don’t get a job because I don’t have a Twitter presence then, well, I don’t get a fucking job. That’s fine… But hire me or fire me for the stories, not Twitter or my tweets. I’m sure my bosses would like me to tweet more, but frankly, it’s just not a priority.

The second narrative is an opposing and more optimistic one, of Twitter as a tool to manage and optimize workflows. The factors that shape such perceptions aren’t dissimilar from those discussed above: journalists also referred to editorial and temporal pressures to produce content, for example, or an institutional drive towards branding or creating multi-platform visibility. But rather than considering Twitter a distraction from any one of such objectives, journalists view the platform as an extension of or an addition to the available means of achieving these. What sets those individuals apart is how they appropriate Twitter in such a way that it “fits into” the tasks and procedures they are already working on.

The vast majority of journalists I spoke to were generally hesitant to pinpoint concrete, realized benefits of their engagement with Twitter, largely due to the difficulty of assessing both short- and long-term outcomes. Yet, four distinct ways of perceiving Twitter in their day-to-day routines emerged, especially during intense news periods:

Journalists also can’t be as easily shaken off, when tweeting at a politician is a publicly visible inquiry that demands a response, if only for the sake of accountability. One journalist says he has “definitely used Twitter to reach out to politicians,” but is also careful about the nature of their tweets, explaining that he “tend[s] to lose interest in those that just strictly use it as a PR tool.”

Despite all this talk around managing productivity and optimizing workflows, it was striking to find that only a handful of reporters use content management systems, such as TweetDeck or SocialFlow, that help to keep tabs on relevant topics and accounts of key individuals, especially those of political elites. Many admitted that they “probably should” be using a CMS. Others confessed their fatigue with the constant evolution of technology and scarcity of resources, leading to an unwillingness to learn how to use yet another (possibly short-lived) tool, however useful it might be.

Struggling to switch off

Journalists are naturally drawn to spaces rich with knowledge about current events, and Twitter’s “constant stream of information” makes the platform ever more appealing. News never stops and neither does Twitter. This makes it hard for heavily engaged journalists to switch off. One reporter described the following:

I mean we all feel this way, and it’s not really about journalism at this point, but all of social media – they’re apps, but they’re worlds. They’re platforms, but they’re actual worlds and communities. I think this creates a level of mental noise that might be unhealthy. There are always these conversations happening everywhere. I think the big challenge for me will be knowing when to unplug. So that when I wake up in the middle of the night I’m not reading Twitter.

I’ve become a little – I mean I hate to say addicted, but it’s just become much like we are. Our phones are always in our hands, or our pockets. I pick up my phone and I go through Twitter. In the middle of the night when I wake up, I go to Twitter. When I wake up in the morning I check Twitter. I find that it’s kind of become my primary news source.

The above accounts link to wider phenomena, such as concerns over work-life balance and the relationship between quantity and quality, as well as questions around the content and context of meaningful engagement. These insights are especially prominent in light of scarce resources and fierce competition in journalism and as concrete outcomes remain rather elusive beyond traditional journalistic practices and routines, both for those who heavily invest into the platform and those who engage selectively.

Svenja Ottovordemgentschenfelde is a PhD researcher at the London School of Economics and Political Science and a Fellow at the Tow Center for Digital Journalism. She works on the ‘Beyond 140 characters’ project .  Find her on Twitter @sgentschenfeld.

Political social media in Egypt is now a joke (guest-blog)