This article is by LSE MSc student Claudia Cohen.

In the aftermath of the French presidential election, many people said that the mainstream media’s positive narrative around Macron’s personality helped him win. It was implied that the two were involved in a mutually beneficial relationship: he won power, they had an exciting story. Now, several months after the election, this relationship has become tense and complicated.

Macron has kept journalists at bay since coming to power, and does not hesitate to criticize them. Since his arrival at the Elysée Palace, he has even cancelled the traditional interview on Bastille Day.

So after being a media darling, why has Emmanuel Macron decided to undertake a communication strategy that involves a limited number of press conferences and rare televised speeches?

Christophe Castaner, former spokesperson of the Government, expressed the idea that by reducing the number of his speeches, Emmanuel Macron has “sacralised the word of the President”.

The notion of ‘sacralisation’ of the presidential function in France is not new.  Former President Charles de Gaulle, stated in his book Le fil de l’épée (the edge of the sword, published in 1932), that: “Authority does not go without prestige, nor prestige without distance”. In fact, he emphasized the idea that prestige needs mystery because we revere less what we know too well.

In an interview for Challenges magazine in October 2016, Macron praised De Gaulle as a model, stating that De Gaulle was a strong leader with the ability to bring a sense of pride to the French people through his effective rhetoric. Additionally, he also criticized the huge media presence of his predecessor François Hollande, which he said contributed to the de-sacralisation of the presidential function.

Emmanuel Macron believes that there is a need of distance between the press and the executive branch. Hollande was constantly accessible to the media – welcoming journalists at the palace in order to communicate the image of a ‘Normal President’. Macron came out with the term ‘Jupiterian President’, to serve as a symbolic contradition to a ‘Normal President’.

Macron sees the media as an obstacle between his notion of a very strong executive and efficient communication to citizens. He believes that this strong executive must communicate without intermediary. Macron uses social media frequently, in order to reach those who are interested about politics but who do not go through mainstream media, especially younger citizens.

Recently, the President has been critical of the current public broadcasting system and companies in this sector, talking about poor management as well as a lack of quality in programs and content. During a meeting given in front of the deputies of the Committee of Cultural Affairs and Education, he said that the transformation of this sector would be at the heart of his presidential project.  Macron discussed governance, inadequate regulation and called for more synergies between audiovisual groups, as well as cost reductions in the public broadcasting sector (including broadcaster such as France TV, Radio France, INA or Arte) of almost 4,5 billion euros.

Macron thinks that the formats on mainstream media do not suit the way he wants to take more time in order to explain his policies. He says he wants to provide a long-term view of his project, rather than falling into the trap of day-to-day politics and media.

So what do French political journalists think about it?

Responding to Macron’s criticism that their profession is too narcissistic, French journalists talk about the irony in these claims, considering how much the president is managing his image.

Since September, some journalists have said that Macron seems to have adopted a slightly more open communication strategy. For instance, he gave a long interview to TF1 (first national channel), as well as a twenty-page interview to the weekly magazine Le Point (which almost immediately sold out). He seems to be getting what he wants in terms of media space allowed for his views.

Political journalists are worried about this monologue of presidential speech. They suggest there is a need for the president to engage in dialogue and to address opposing views. They talk about a lack of transparency in the democratic process, which is highly important especially in times of distrust in politics and media. They point out the active ‘En Marche’ Facebook presence that displays presidential rallies or speeches bolsters the president’s stage-management.

The authoritarianism of the Macron Elysee may have forced French political journalists to reconsider the way they work. They have been confronted with a new way of doing both political communication, where they get information at the same time as voters as Macron combines digital technologies with a Gaullist distance from mainstream media. How will they respond?

This article is by LSE MSc student Claudia Cohen. 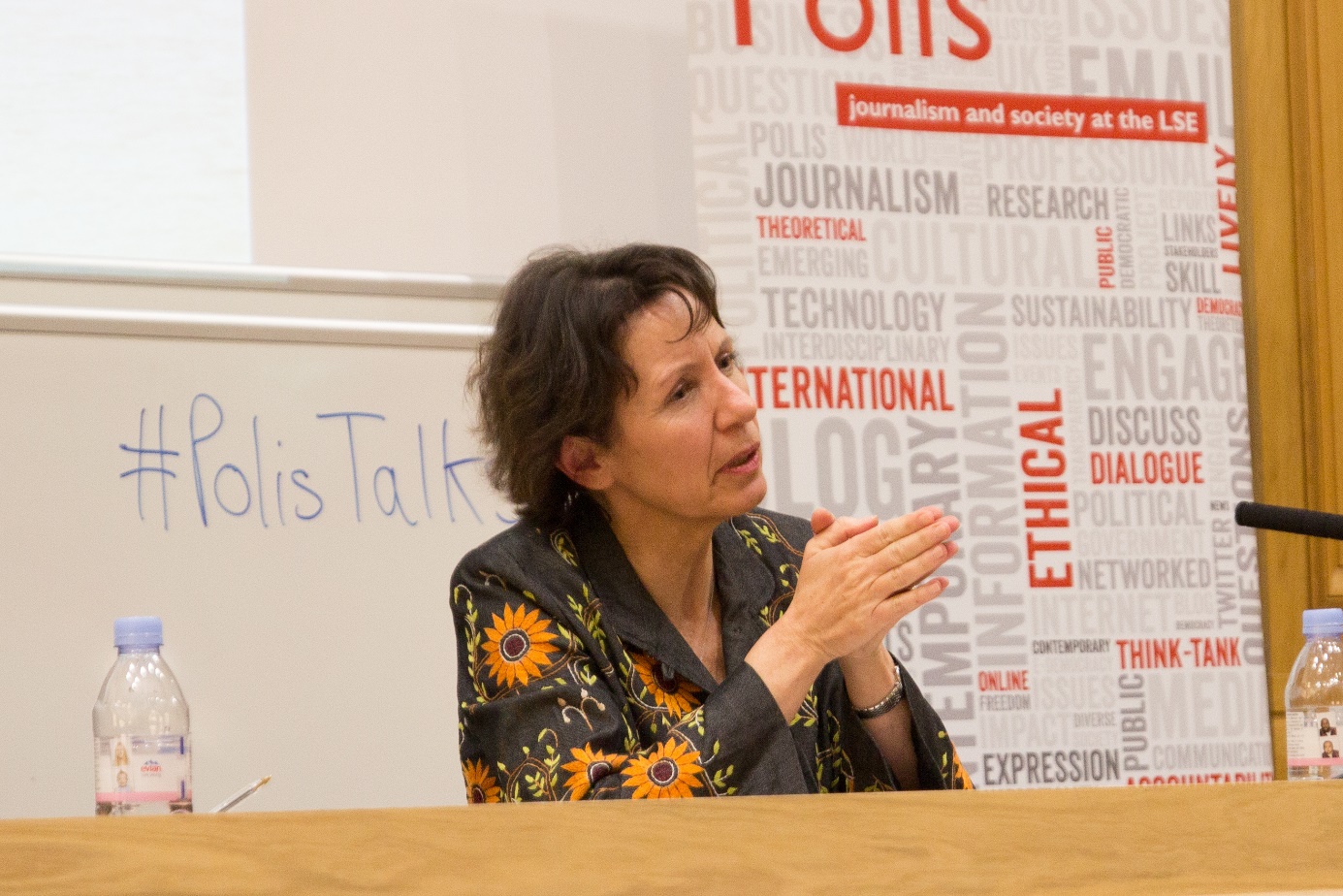