Ahead of upcoming local elections in Poland, LSE Visiting fellow Helena Chmielewska-Szlajfer looks at the change in provincial culture since 1989 and what it might meant for the current right-wing government.

With local elections in Poland on the horizon (21 October) the incumbent Law and Justice party (PiS) faces a major challenge. Since winning both the presidential and parliamentary elections in 2015, the increasingly nationalist and anti-democratic right-wing PiS government has been undermining the rule of law in the name of removing post-Communist elites from the judiciary and pouring millions of zlotys to the Catholic Church, particularly its radical, xenophobic and anti-Semitic representatives. Poles are strongly polarised along political lines and the ruling party has a steady support of around 40 percent of voters, but some are upset that the “good change” the party advocated is destabilising the foundations of the state.

It is important to understand how Poland came to this point, which has struck many as an unpleasant shock. However, it is one thing to simply label Poland a fallen poster child of democratic transition, and it is another to analyse the elements that led to Poland’s democratic and economic success, and now to her increasingly problematic relation with democracy and the rule of law. My recently published book, Reshaping Poland’s community: ordinary celebrations takes three case studies of popular, seemingly unassuming yet meaningful activities that have been shaping notions of community in Poland since 1989:

Interestingly, major media in Poland tend either to ignore these activities, or present them in a mocking manner, labelling them as provincial and, thus, inferior. Since the fall of the Iron Curtain, Polish society has been transforming its community-focused activity, inspired by Western activities (as in the case of Woodstock Station festival inspired by the Woodstock festival and Live Aid, as well as national pro-voting campaigns inspired by Rock the Vote) and indirectly (as in the case of the Licheń sanctuary influenced by notions of wealth and style shown in American soap operas).

In the sanctuary in Licheń located in western Poland, Polish Catholic religiosity is accessible, recreational, and visually stunning. The space is open for recreation activities and the aesthetics of ‘turbo-baroque’ merge old-style grandeur, Polish imperial military symbols, and contemporary visions of wealth. Licheń offers a black-and-white narrative of Polish-Catholic historical unity, from the beginnings of Polish statehood up to the recent accession to the EU. Well-educated people from big cities sneer at it, while others enjoy it, even if some of the visitors at the sanctuary point out that they become lost in the oversaturation of visual symbols. Nonetheless, the sanctuary is the second-most visited sanctuary in Poland, only after the several centuries older Jasna Góra.

Woodstock Station (renamed Pol & Rock Festival this year due to copyright issues), is a free summer music festival and extension of a widely popular winter charity drive which is now 26 years old. Woodstock Station was created as a thank you to the drive’s volunteers and has been attracting hundreds of thousands of festival-goers ever since. Like the charity, the festival is based on volunteers and few rules are enforced at the festival site—for example, people can bring their own food and alcohol, and there is an inexpensive supermarket on the site. In this environment people behave in an unexpectedly civil way, and are more empathetic towards others than at similar paid events, such as offering beer, food, or a hug to sad-looking strangers and allowing people to skip the long line to the free showers if they ask. The Catholic Church is well aware of the festival crowd’s competition in offering good deeds and treats the festival as a space to proselytize. For many years the institution has maintained its own “Jesus Station” on the premises. Though not as popular as the Hare Krishna tent with its inexpensive food, it is not completely empty and people gather there for the Holy Mass. While the Church is aware of the importance of the festival crowd, Woodstock Station is pretty much ignored by major media, which treat it as provincial because fashionable bands are rarely present. However, at the same time they ignore the fact that in many ways it is far more civic, and more “Western” in terms of idealised civic values, than the paid-for festivals with big-name headliners.

Unexpected civic activity can be also found in the realm of complaining on small-town internet forums. The first bursts of grass-roots online civic engagement in Poland emerged around 2005 with the arrival of the first PiS government They were pro-voting campaigns created by college students in big cities, who created short YouTube videos in which they showed ordinary people giving their reasons to vote (ranging from “Because I can” to “Because I care”), and they quickly turned viral. New voters indeed turned up, and parliamentary elections held in 2007 ousted PiS from power for the next eight years. Although the grass-roots pro-voting campaigns were later taken over by professional NGOs with more funds, what remained on the local level were online forums. At first used to provide basic information for locals and tourists, they soon became safe spaces to anonymously criticize local authorities in towns and villages where most jobs were provided by the state. Unlike the case of major Polish portals, the local scale of these forums made online anonymous discussions surprisingly polite—after all, the person at the other end could be your neighbour. What’s more, the forums-cum-watchdogs, where people could find supporters for their causes, eventually forced local authorities to implement changes citizens had discussed online, such as installing traffic lights at dangerous street crossings and even drove a local mayor, accused of corruption, to resign from his seat.  Interestingly, although these internet forums became active because of the necessity to have a safe space to talk about local issues pertaining to the communities, few of the site administrators I talked to considered this activity civic, even less so political.

The three cases of religiosity, charity and respect towards others, and grass-roots online civic activism all point to major changes that have been taking place in provincial Poland since 1989. They have often been mocked or ignored by the better educated and more worldly inhabitants of big cities, including public intellectuals and major media. Yet the current political climate is also the effect of these slow changes in people’s own understanding of their agency in addition to over two decades of disregard of the Polish province. The present political setup reveals an emancipation of sorts: often nationalist-religious, insular, and distrustful of outsiders. On October 21 we will find out if this is to become a longer trend. 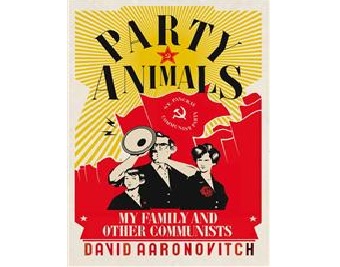 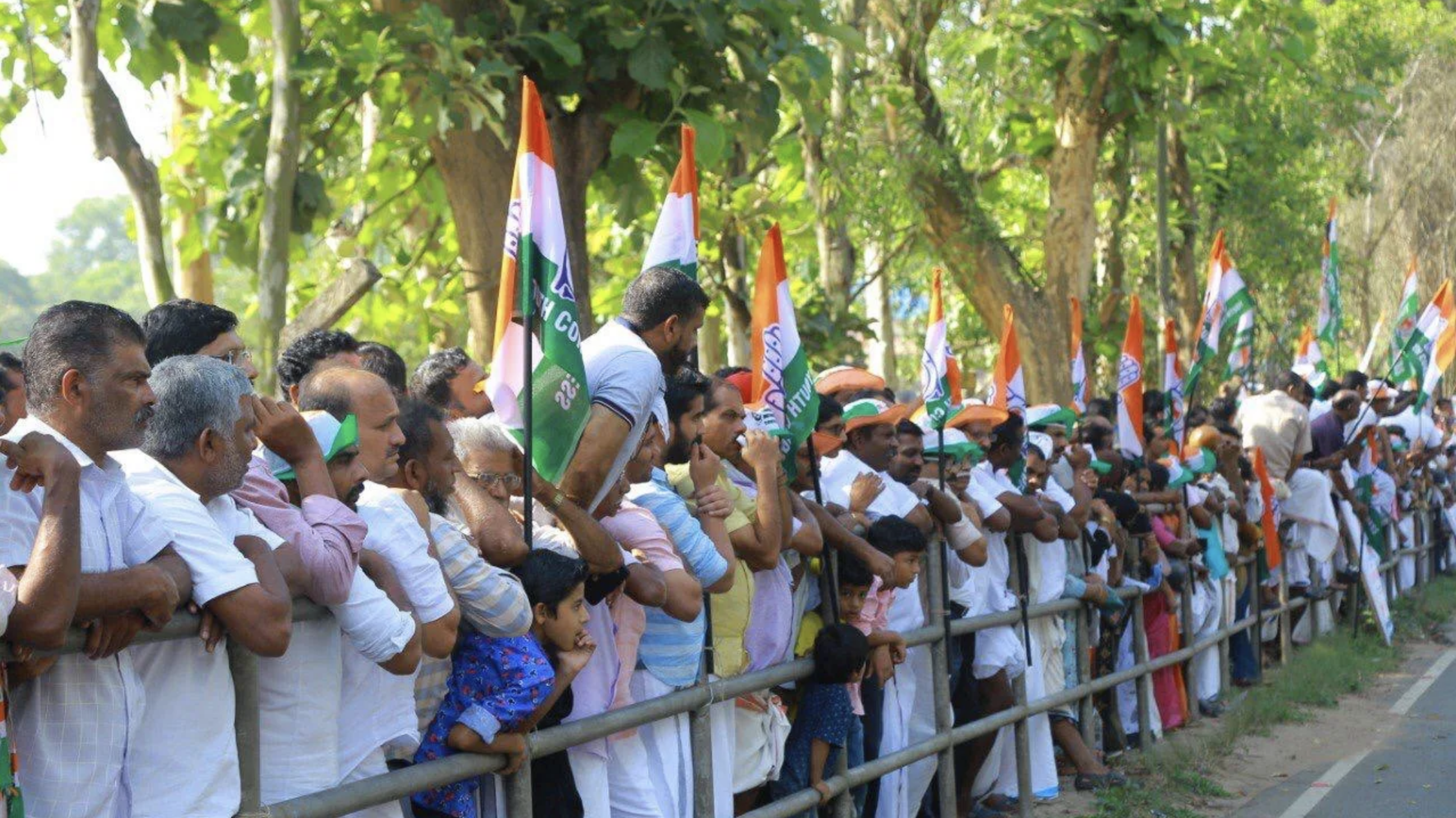 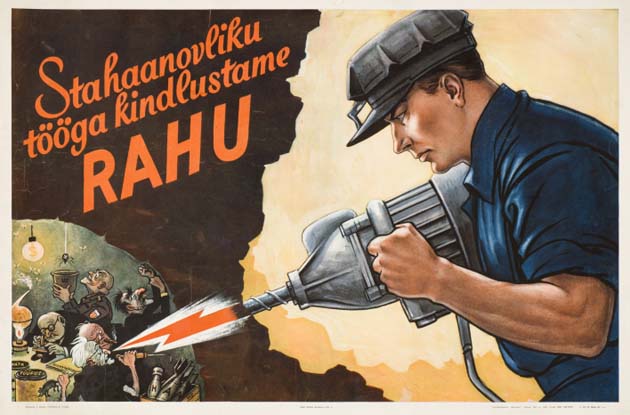 No effort required: how technology should foster creativity