In his third and final special research article, George Pitcher speaks to senior journalists and assesses how much real progress has been made towards gender parity in their industry.

“I am white, middle-class and male – it just depresses me that this is the default profile for journalism. And I also think it affects our coverage.”

Some recent high-profile appointments of women to senior posts in journalism may have given the impression that gender imbalance in a profession that has notoriously favoured men down the decades has at last been redressed.

Notable among the optics of gender re-balancing has been the appointment of an all-female news anchorship team on BBC’s flagship magazine programme Newsnight. An almost instant backlash from the odd unreconstructed voice has claimed that it’s now men who are subject to sex discrimination – former Top Gear host Jeremy Clarkson, for instance, described Nick Robinson’s audition for Question Time as a “waste of petrol” (the post went to Fiona Bruce), adding that “men now just don’t get jobs [at the BBC] at all.”

But evidence in the industry in this new millennium so far tells a different story. Between 2000 and 2005, according to a Unesco report (citing the Global Media Monitoring Project – GMMP), the proportion of women newspaper reporters worldwide rose from just 26 per cent to 29 per cent. Female television reporters fared not much better, accounting for 42 per cent compared with 36 per cent at the millennium.  Meanwhile only 32 per cent of “hard” news was written or covered by women. Women were more often found reporting on “soft” subjects, such as social issues, the family, or arts and “living”.

And matters have barely improved more recently. Among its key findings in 2015 – it reports every five years, so the next instalment is due soon – the GMMP revealed that the rate of progress towards media gender parity “had almost ground to a halt over the past five years”. Most startling are the figures for news coverage about women, rather than simply employment of women journalists. In 2015, women made up only 24 per cent globally of persons heard, read about or seen in newspaper, television and radio news, exactly as they did in 2010. We await GMMP’s 2020 survey to see whether Clarkson’s assessment of women now controlling the news agenda stands up on a UK, let alone on a worldwide, basis.

But the UK situation on gender parity really is better than most (notwithstanding recent gender pay-gap controversies, particularly at the BBC and ITN). Still, anecdotal evidence suggests that there is much room for improvement. The established journalists that I interviewed for this project confirm that gender imbalance remains a serious issue in British newsrooms.

Andrew Porter, a former Daily Telegraph Political Editor and now a partner at Brunswick, the international communications consultancy, is the father of an eight-year-old daughter, who is showing a precocious interest in journalistic storytelling – he worries about her prospects if she still shows the same interest in a decade’s time:

I do still think there’s a problem for women in the media – and by that I mean advertising as well as editorial media. I’m hoping that in 10 years’ time that will have switched around and she’ll have great opportunities. But I think there is a big issue with that.

Broadcaster ITV News launched Ask A Woman, podcast interviews with women from all walks of life on how they got where they are today and how they would advise young woman. It’s presented by ITV journalist and anchor Julie Etchingham, who described the gender pay gap of nearly 20 per cent in 2017 at ITN, the parent company of ITV, as “utterly unacceptable” and claims that there is a responsibility for news organisations to have open and transparent debates about gender issues:

But have gender matters improved in newsrooms as a consequence of such debates to date?

It’s not perfect yet…[but] it is so much better, I would say, than it was. I came into the profession with the rather naive expectation that if I just worked hard there’d be a career path and actually, largely, that’s been proved right. But it’s not been without the moments where you’ve been given a story because they think it’s a woman’s story … I’ve had situations where I’ve had a male colleague say they can go and do that person and I can interview the wife. I’ve had lots of little incidences like that along the road…  Most of us just learnt to get pretty sharp elbows, sharp tongues, and found our way through it. And when I look across our newsroom now, I see an incredible mixture of young men and women. They’re working alongside one another as equals and would absolutely expect to be treated equally. There are still big questions over the gender pay gap, but I would say that at the level that the young journalists are coming into newsrooms now they would, they should, because of the furore that’s been made around it, absolutely have the expectation that they won’t go through what some of us have been through.

Etchingham illustrates exactly what some of her generation has been through with the following story:

It was election night in 2015 and I was with Tom Bradby, who is my colleague on News at Ten, and he was the main anchor for election night and I was in the studio, because my job that night was to work through all the key marginals. So I had the job of taking us through the graphics of where the marginals are and so on. And there was a senior politician who came in early on in the evening, when they’re all coming in and out to give their reaction to the exit polls. And he came in and saw me sitting at a desk just alongside Tom’s but slightly to the corner. And he said “Oh good evening, are you the secretary?” And it was one of those moments that you think: Did that just actually happen? Did that really, actually just happen? Yes it did! And I think a lot of women, all of us of an age in particular, will have had those experiences.

But to play for a moment, if not devil’s, then the traditional male’s advocate, does any of this matter? There will always be misogynists and deeply patronising old dinosaurs around. Isn’t it just a case of making sure that women’s perspectives on the news agenda are recognised?

Well, there’s a woman’s perspective in so far as that if our newsrooms are going to reflect back accurately a picture of society then it needs to reflect back 50 per cent of that society. And I’m not saying that a woman’s view of Brexit is any different to a man’s view of Brexit necessarily, but the life experiences that you bring to a newsroom as a woman are necessarily different to a man’s perspective and so is your emphasis and priorities on stories – which stories get into the bulletins and which voices you argue for getting in them. Even the fact that you are in that newsroom as a young woman sends a message. When you are on the road or out in the field it sends a message about what sort of newsroom this is and how it is operating… the figures are improving, but women are still heavily outnumbered…  That’s why we really need young women in newsrooms. And unless we have enough of them there, they don’t rise up into management and that’s still where they’re lacking too.

As I say, we look to GMMP’s data next year for empirical evidence that the gender default lines are blurring. But Etchingham is ultimately optimistic that the atmosphere is improving:

It is absolutely shifting… I can speak for TV newsrooms that I’ve worked in and they are significantly less macho. That attitude that the blokes are all sliding off for a game of golf – I don’t doubt that occasionally happens and there’s no reason why it shouldn’t. But it’s the culture of women suddenly finding – and this has happened to me in the past – that the bosses have taken your male colleagues to the rugby match. Or they naturally play cricket together. And that in a way is the thing that really unsettles you as a woman in this industry – there’s a whole load of stuff going on I’m not even aware of. I would like to put down an immediate sort of footnote to that, as I’ve been invited to the rugby at Twickenham by Kevin Lygoe [ITV director of television] and very happily have gone along to it. That happened this year and last year and when I got the invitation last year, it was just one of those moments – and it feels like a very insignificant thing – but you suddenly get an invitation to go and see a rugby match at Twickenham, which I adore, from one of my male bosses at ITV. Now, I’d be surprised if that happened 10 years ago. And it’s just a little insight – I was there and as many women had been invited as men. I know it’s a silly thing, but that stuff 10 or 20 years ago went on all the time and the women probably weren’t even aware of it. And then there’d be decisions made in the newsroom, and you didn’t even know that little informal network existed.

The final comment here goes to another man, Richard Fletcher, Business Editor at The Times. On the broader issue of diversity, he sees national journalism in the UK being dominated “by a middle-class demographic, very Oxbridge, very white” of which gender is a component. Of his own demographic qualification for a career in journalism he says:

I am white, middle-class and male – it just depresses me that this is the default profile for journalism. And I also think it affects our coverage.

That last observation contains precisely why journalism needs to get its internal gender politics right. Not just because it’s the right thing to do for talented and industrious women in journalism. But because it makes journalism as good as it can be.

You can read a full transcript of the interview with Richard Fletcher, Business Editor of The Times here

You can read a full transcript of the interview with Andrew Porter, a partner at Brunswick here

George Pitcher is a journalist, author and an Anglican priest. He has been an award-winning Industrial Editor of The Observer and a columnist, leader-writer and Religion Editor at The Daily Telegraph. He was most recently Editor-in-Chief of International Business Times UK and Associate Editor at Newsweek Europe and head of its editorial panel. He co-founded the radical communications consultancies Luther Pendragon and Jericho Chambers, subsequently selling his interests in both. He published The Death of Spin, an indictment of the superficiality of business and politics, in 2003 and his first novel, A Dark Nativity, was published in 2017.

On the Ground at Grenfell: film as a tool of survival 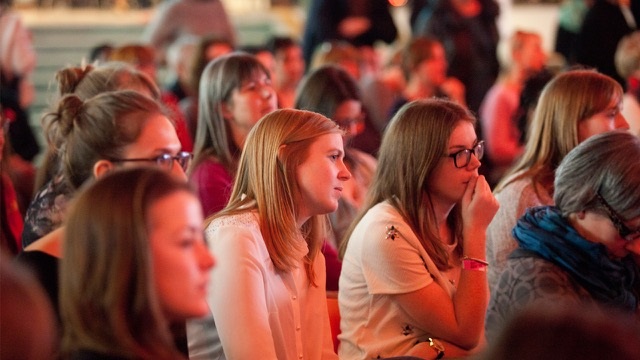