Uli Köppen leads the AI + Automation Lab at Bayerischer Rundfunk (BR) – the public-service radio and television broadcaster of Bavaria, in Germany – and co-leads BR Data, the investigative data journalism team. Uli was also a 2019 Nieman Fellow at Harvard and MIT, where she focused her studies on journalism automation and algorithmic accountability reporting. For our interview series with women working on the intersection of AI and journalism, Uli spoke to us about bringing people from different backgrounds together to use AI to add value to the journalism of a newsroom.

JournalismAI:  What drew you to journalism, data and AI?

Uli:  I always wanted to be a journalist, it’s my dream job. I started in online journalism freelancing during my studies, then I discovered data journalism and everything came together. Data journalism puts you in the position to work on investigations and all kinds of storytelling, it allows you to create your own digital toolkit and you find yourself at the forefront of innovation.

When we decided to build a data team at BR, I knew I wanted to bring together people from different backgrounds and with different skill sets: programmers, open data activists, bio engineers, people who knew things I didn’t know, so that we could all learn from each other.

It worked, so after a few years building and growing the data team, we started thinking of how we might use the mindset we had honed in our data team for the product side too. That’s what led to the creation of the AI + Automation Lab that we recently launched.

Can you tell us a little bit more about the Lab? Why AI + Automation?

Machine learning can offer great opportunities – but you really need to have the right use case. That’s why I’m most interested in the general potential of automation for journalism. Our data team mostly works on investigative journalism and with this new lab we want to go into building products as well, to see what added value can automation bring to BR.

One of our goals is to regionalise stories, perhaps in an automated, or semi-automated way. And we also want to bring BR’s automated products to new platforms, like smart speakers and voice-activated devices.

How have these new approaches been received and adopted by the newsroom?

With the data team, we have always worked at the intersection of more traditional journalism, like investigations, and innovative methods. This has already given us some years to learn from each other in the newsroom: programmers from investigative reporters and the other way round. It’s giving and taking.

We build ad-hoc interdisciplinary teams, which is an idea I borrowed from the Washington Post. In every investigation our data team works on, we reach out to experts in the newsroom about the specific topics we are covering, from sports to economics. It’s important to work together because most of us are not experts in the topics, we are experts in methods. Again, giving and taking.

Do you think that the methods you work with are understood and embraced at all levels of the organisation?

When we work together with other people in the newsroom, we become more literate in certain topic areas, and our colleagues are becoming more literate in data. But I don’t think that everyone has to be a data journalist. What’s important is to have a news organisation that understands the importance of data and what this means for your product and workflows. If you want to have an AI team, you must make sure you have the infrastructure in place – meaning data and metadata – but you also need a strategy that supports it. You can only be successful if you have the support of a management team that understands the value of these initiatives.

That’s maybe one of the reasons why we don’t yet see many teams like yours. Or do you think it’s more a matter of investment?

I think it’s both. It’s of course a question of investment decisions, because first you have to invest in knowledge and people with the right set of skills. But you also shouldn’t expect that automation will immediately save money – that’s usually not the case. It’s a question of mindset and a question of money. They go hand in hand.

Are there news organisations that you think are doing particularly well in adopting data, AI and automation?

There are a lot of great examples. AP and Bloomberg are doing amazing work on automation. Bloomberg has whole departments that write templates instead of stories and they already see significant returns with that approach. The Washington Post is also really interesting: with the acquisition by Jeff Bezos they have embraced a very digital mindset and their efforts in bringing that to a legacy newspaper are extremely interesting. And then there are smaller teams, like The Markup and ProPublica, that are doing amazing work in algorithmic accountability reporting. They hold the people behind the algorithms accountable and that’s something we will dive in with our new Lab too as it’s, in my view, one of the most interesting beats at the moment.

In relation to automation and writing templates instead of only individual stories, what do you think could be the benefits of that approach for your organisation?

Let me clarify that this is something we haven’t done a lot yet, so I’m mostly talking about future plans. We have seen that automation can be very useful for producing content at scale for areas like sports and earning reports and basically any kind of story based on data, such as elections for example. Then think that we are part of German Public Broadcasting, which operates more than 60 regional and local radio stations and nine regional TV networks. If someone at our news desk at BR is able to write and set up templates properly, then the same story about Bavaria can be regionalised. This workflow could be used in every other regional network and that would be a huge step for us.

Have you also seen new types of stories emerging from the opportunities offered by data and AI?

There are some great examples, especially in investigative journalism. If you look at the spy planes story by BuzzFeed, no one would have been able to sift through that amount of data before, nor you would have been able to recognise those patterns. Data journalism, machine learning and automation make it possible to sift through huge amounts of data and also to collect that data. We are stealing methods that were already used in informatics, social science and other fields, and in applying them to journalism, they are opening up entirely new possibilities.

Do you think that data and new technologies have a role to play in the future of local and regional news organisations?

I think the new tools and methods that we’ve been talking about offer great opportunities for local journalism. You don’t necessarily need to have a big data team. Even just one person who knows where to look for the data and has the technical skills to work with it could go a long way. In local journalism, often you already have one person doing multiple jobs. But you have to look for unicorns: people who are journalists but also coders and social scientists all at once. The challenge is that local news outlets must be creative in designing job positions that are interesting enough to attract those people, because they might be the ones who will guarantee a future to local journalism. At least I hope so, because what would we do without it? It’s really the backbone of our democracy.

What’s next for you and the Lab?

We just started in January, and then came the coronavirus. Obviously, we had to change part of our plans and we need to stay flexible and creative to find new ways to work on some of the stories we had planned. But apart from that, I can’t wait for us to be able to come together as a team again.

The interview was conducted by Gabe Carhart, Polis intern and LSE’s MSc Student. It is part of a JournalismAI interview series with women working at the intersection of journalism and artificial intelligence.

Uli and her team at BR are participating in the JournalismAI Collab, a global collaboration to experiment with AI. If you want to stay informed about the Collab and follow our activities, you can sign up for the monthly newsletter.

Posted In: JournalismAI | Women in JAI 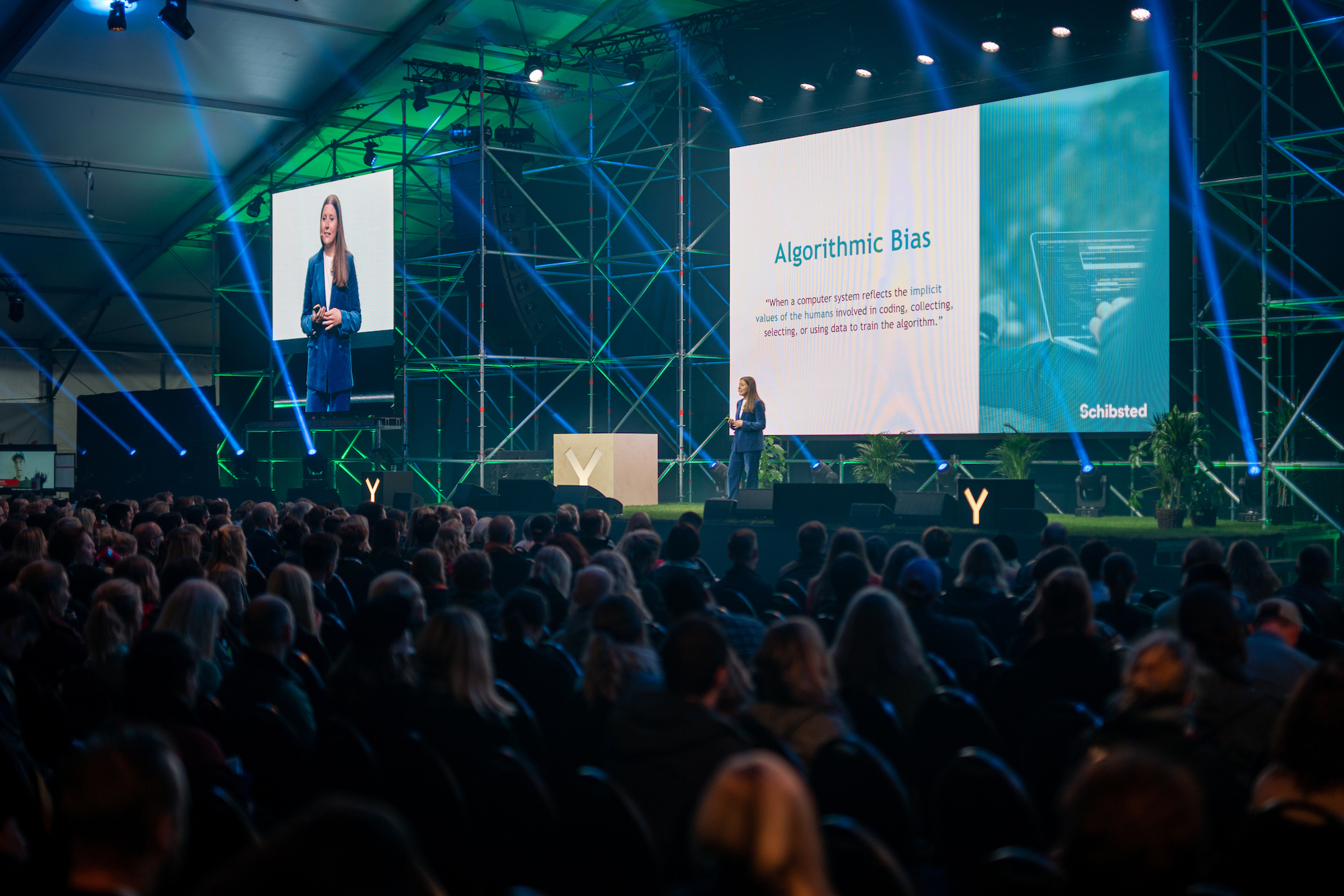 Journalism + AI: How new ways of working can transform careers and newsrooms 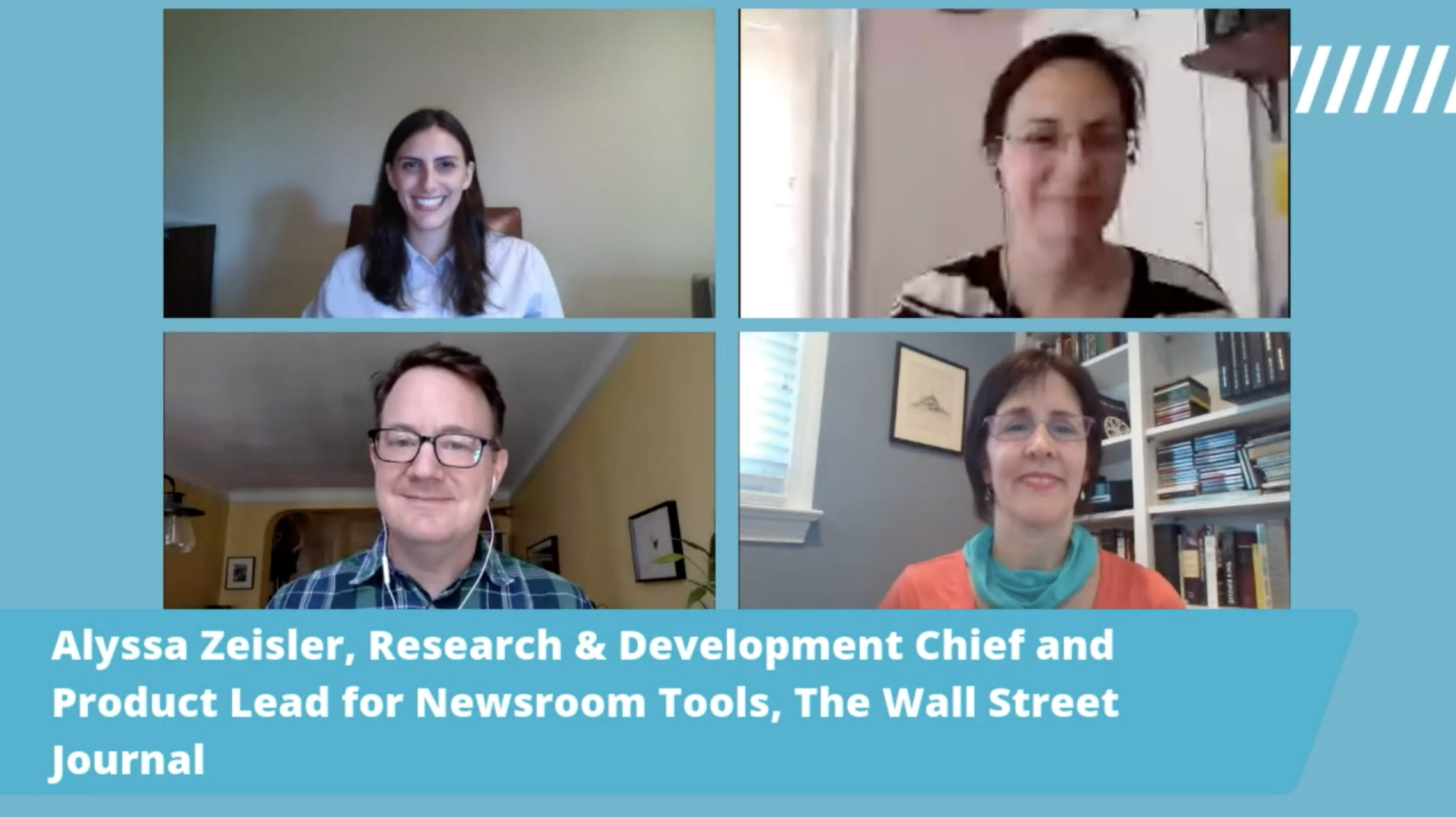 Creating a pipeline for emerging technology in the newsroom 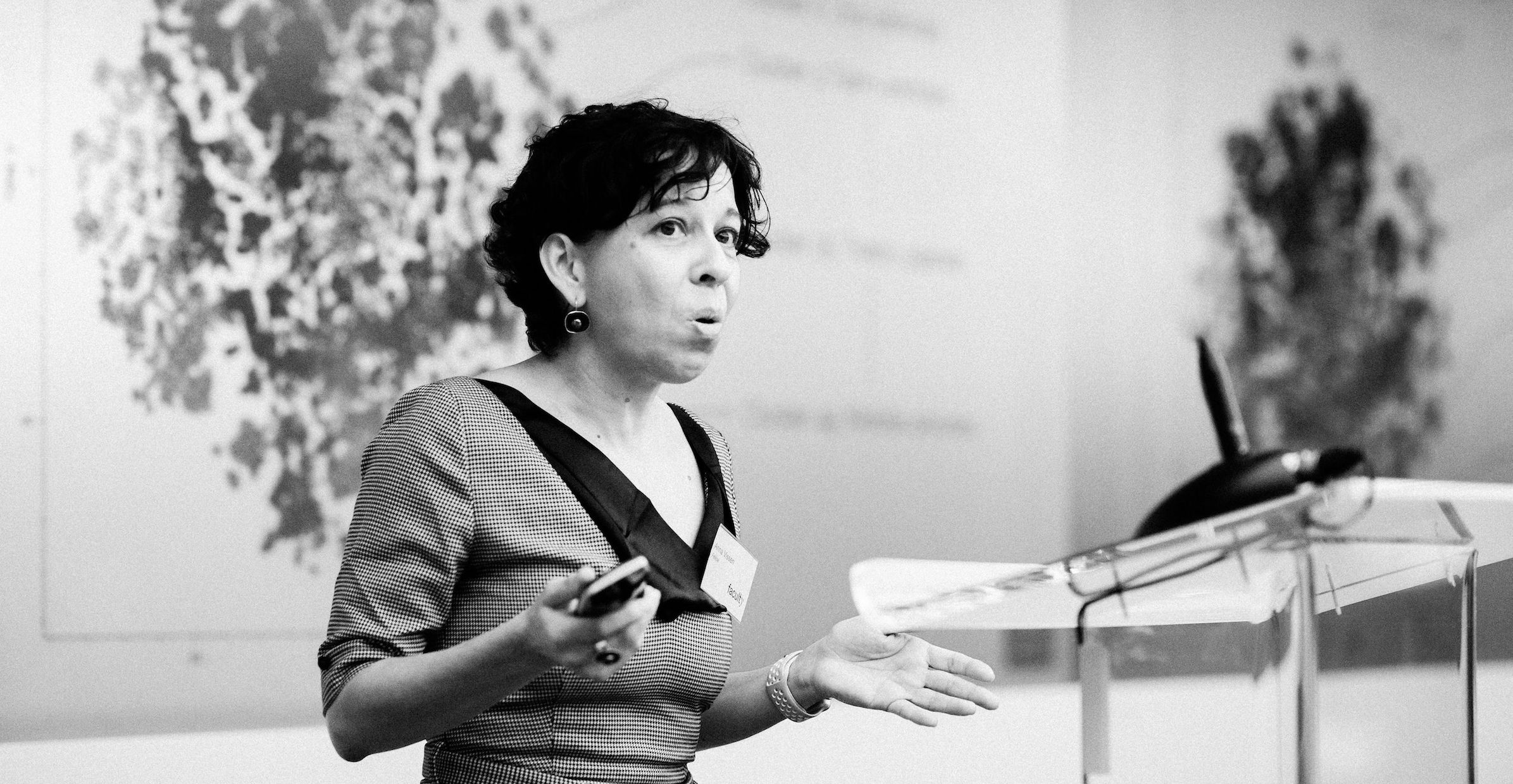 The science of data in action: changing our lives and our journalism

2020 vision and action: a year of JournalismAI