We are seeing a reshaping of what it means to have a career in journalism. The rise of the ‘passion economy‘, increasing freelancing, more niche publications and more ‘fluid’ or precarious employment are all creating new pathways to working in news media. But is this simply a desperate response to the journalism business crisis and to pandemic upheaval? Or is it an explosion of innovation in reaction to the limits of traditional news organisations? Is it a marginal set of trends or something more fundamental for journalism as an industry and as an ethical, political, social practice?

TL/DR: Don’t believe (all) the hype and don’t ignore the resilience of ‘legacy media’ but yes, there’s a lot going on and it will change journalism longer-term. Perhaps the real lesson is not to fall into the trap of that largely pointless debate from 10-20 years ago about ‘are bloggers journalists?’. This is not a binary process. In practice, both the emergent and established news models and practices have a lot to learn from each other as hybrid news paradigms evolve.

A lot of this is driven from America where the sheer scale of the news market affords greater potential for smaller scale and even individual enterprises to experiment and thrive. 0.1% of US journalism revenue allows you to run a decent digital news organisation. In the UK, let alone smaller national markets, 0.1% means you will be struggling to pay your bills. The hugely talented and experienced technology journalist Casey Newton worked his way up in America through the traditional path of J-School, local paper, then national media before effectively going solo with his own subscription newsletter. It is very good. He’s now working on the writers’ platform SubStack and by some rough calculations stands to earn a healthy living with his original reporting and critical analysis of tech issues.

Newton is a great example in journalism of the so-called Passion Economy where individual creators can connect directly with their customers. It is enabled by new technologies and the changing media ecosystem as well as shifts in labour structures. VCs love it as it fits into their model of the disruption of established companies and markets, though I suspect the returns on investment in journalism are not sufficient to attract that kind of investment. Instead, journalism’s Passion Economy will be a mix of niche publications, individuals with personal followings living off Patreon, Kickstarter, funding from foundations or NGOs and diversified revenues that might include non-journalism activities. Some of them will benefit from the boom in new formats such as podcasts, others will rely on revived versions of well-established channels such as newsletters.

It’s important to keep in mind that this is, by its nature, a much more diverse range of journalisms. Their competition will be as much with other forms of online media as with other journalists or news organisations. How many individual podcasts or newsletters can a person subscribe to? As mainstream media has discovered, their rivals for attention are as much the aggregators or social networks as others newsrooms or journalists. As the BBC’s TikTok star Sophia Smith Galer points out, consumers get their news increasingly from other sources such as ‘influencers’ and to compete with them you may have to act like them too.

So it is not just your business model that is changing but the way that you do your journalism. Is this a ‘next generation’ thing? Recent research shows that journalism students know they have to innovate but they want to do ‘traditional’ journalism and are often wary of labels such as ‘entrepreneurial’ journalism. In practice, early careers journalists face competing pressures. Hard-pressed newsrooms need them to get ‘on with the job’ but for some, there is a personal career advantage in trying to cross boundaries or to create a more personal professional profile that allows them to further their own careers and express themselves better. That might mean entering the ‘passion economy’ at some point in their careers. Or it might be more experienced journalists abandoning the daily dog fight to capitalise on their accumulated personal experience, contacts and insights.

What will they find? The passion economy is booming but it is tough. For a few, usually already-established names, there is a good living to be made. But it is risky and may not suit journalism that requires daily reporting, investigation, or legal hazards. The rewards for some are substantial, but the overall sector is tiny. Just because you are a ‘not for profit’ doesn’t mean you don’t need to make money.

There are some good existing models of niche brands that have created new models. De Correspondent in the Netherlands with its reader membership model. Politico with its highly specialised insider politics information subscription model. Bristol Cable with its community news/media education and empowerment model. They have all gone beyond the individual entrepreneur model. They are creating journalism that is filling gaps, broadening agendas, experimenting with creative story-telling, adding diversity. But all of them will tell you that it is very tough financially and hard to get to any kind of scale or sustainability. A few of these might achieve influence on the media and the wider world. A few might even become the mainstream media of tomorrow through growth and example. In some countries where mainstream media is collapsing (usually smaller states with corruption or authoritarian governments) they may be all we can hope for. However, few would argue that they are going to replace or ‘save’ mainstream media.

It’s good that foundations or other funding models are found to support them, especially in their fragile seed stages. But most foundations only want to start things, they expect them to become sustainable. Many niche organisations don’t have the resources to do the marketing or fundraising for their futures while struggling to create content and build an audience.

It’s important to remember that just because they are passionate doesn’t mean they can’t be political in a way that some people (like me, a liberal, internationalist, leftist) would not like. Breitbart is an example of a niche passion media organisation that achieved influence for example. It was founded by a ‘philanthropist’. Niche doesn’t always mean ‘nice’. And as we have seen with the internal problems at the very well foundation-funded The Intercept, external largesse does not guarantee internal harmony. Where people are passionate those emotions can become toxic.

Those working in that sector (or rather sectors – it’s an incredibly diverse field) would be the first to say that their audiences are tiny (often by choice), their revenues are small and precarious, and they are vulnerable to capture or at least constraint by their funders: paying members expect to have influence on the journalists (not always a bad thing) and institutional funders can impose red tape and editorial frameworks or objectives.

Audiences are key to any assessment of their long-term impact. Does niche just super-serve the most media literate, the news junkies, the informational elite? Evidence is this is the case, though they can also be much better at serving neglected demographics.

Mainstream media institutions can produce partisan, poor quality, commercialised journalism. But the idea of a ‘news organisation’ at scale with an established brand, history and audience is valuable. I have long argued that these fortresses need to open up, become more diverse in their workforce and content, adapt to new networks and build more interactive, engaged relationships with their audiences. Mainstream journalism needs to be reinvented. To a degree that is happening and we can see how many brands are surviving and even thriving with new production patterns, fresh content, innovative formats, revenue diversification and much more effort put into serving their subscribers/members/users.

As institutions with financial and human capital legacy news organisations have the ability to raise funds, train staff, protect them legally and support innovation. Look, for example, at the innovative work being done by Swedish Radio to create a ‘public service algorithm’. The Passion or Niche economy just doesn’t have the capacity to do that kind of work. The legacy institutions still dominate the news information systems. Yes, the platforms like Facebook are now critical gatekeepers and moderators of information. But the core creation of news that often flows through those networks is still done by mainstream media.

These different sectors should and will interact more. People will cross from one to the other. Ideally, the bigger institutions will work with their passionate, niche colleagues. Inevitably some of the niche will simply be bought out. That’s not always a bad thing. I hope that the creativity and zeal of the niche can infect the mainstream, just as talent used to flow from local and specialist journalism to national news. Many in the niche are refugees from the mainstream of course, so they have contacts and pathways back into their old stamping grounds. They may have rejected their past employers but perhaps their ideas can help reshape them?

One of the biggest lessons from our JournalismAI project over the last two years has been that collaboration is vital. No news organisation can go it alone, not even the behemoths such as the New York Times. In the face of the continuing challenge of an information world dominated by the technology companies and the new tools and systems they create, it is vital that the news media learns from what other journalists are doing. That means more collaboration on specific stories, projects and product development. But it also means paying more attention to passion, niche and our evolving news institutions.

Good article in the New Yorker that makes and then critiques the idea of Substack as a ‘new model for news’. As I have argued above, the reality is that new platforms or business models tend to have a hybrid effect on the overall industry and consumption. Just as blogging, or social media changed some aspects of mainstream media production and style, so with the ‘passion’ or ‘personal’ modes of journalism. As Prof C W Anderson argues, technology may be less important in the end than real world political shifts in the information sphere such as Trump or BLM.

This article by Professor Charlie Beckett, director of Polis, the LSE’s journalism think-tank and director of the Polis/LSE JournalismAI project. The views expressed are those of the author and not of the LSE or Polis.

If you are embarking on an individual career, the European Journalism Centre has created a network for freelance journalists to provide support. 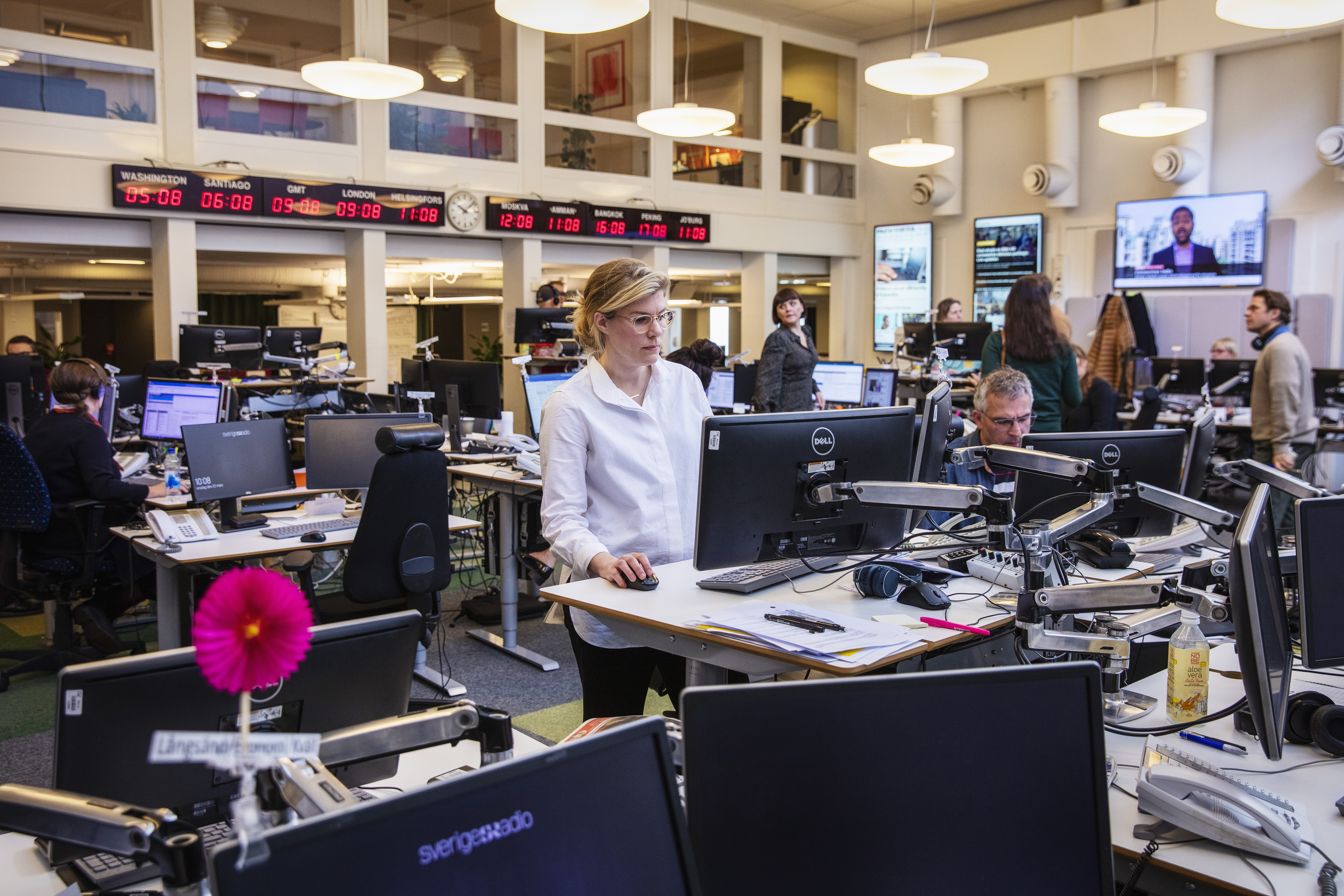 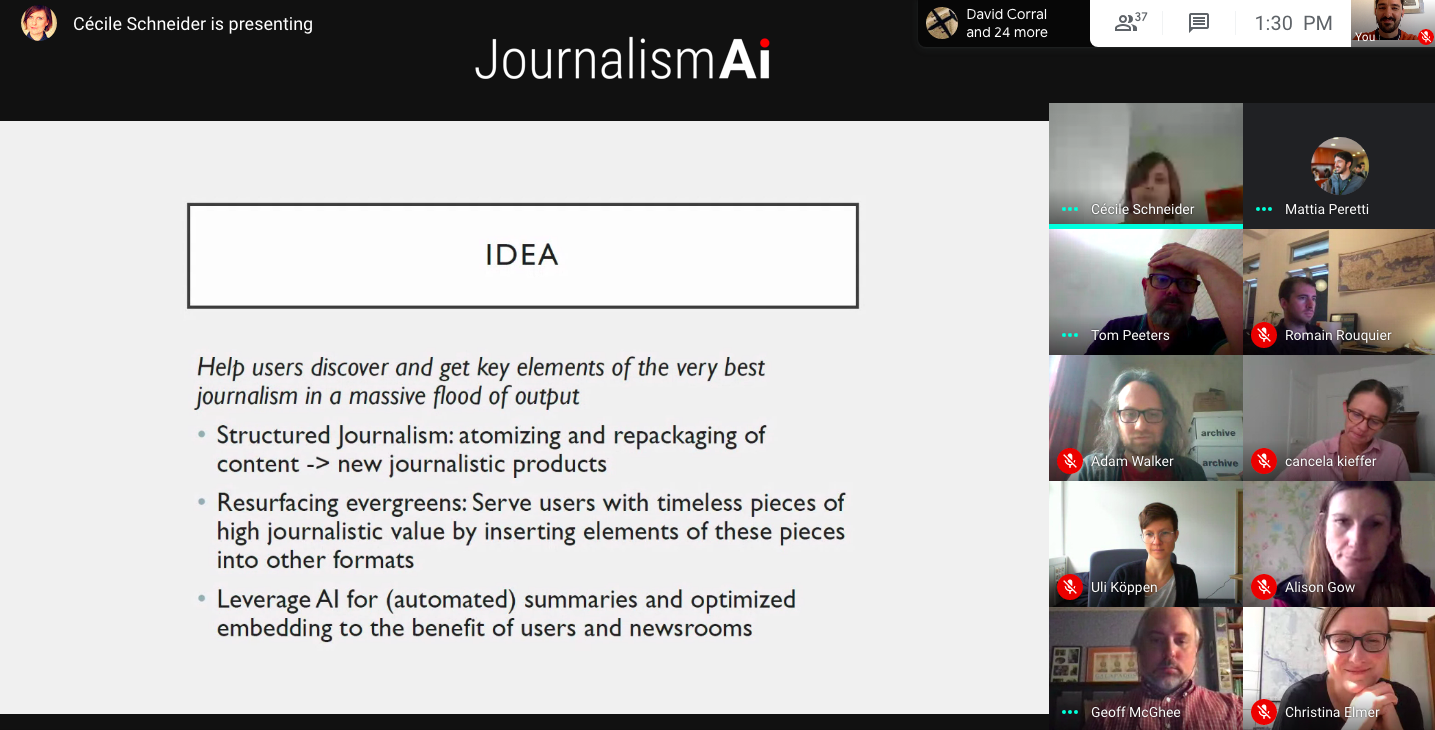 Can automated summaries unlock the potential of evergreen articles?