AI is a complex field and there’s both hype and hysteria around the subject. In this piece, seven AI experts and tech reporters from across the world share their thoughts on how to report and communicate on AI effectively.

Karen Hao, Senior AI Editor at the MIT Technology Review, started covering AI spending lots of time on YouTube and learning the basics like: What is an algorithm? What are neural networks and how are they trained? What are the key milestones in the history of AI? And she also read tons of papers on AI from the open-source database arXiv.

“In the first few months of me starting the beat, I would go there every week and read five to 10 papers just to start familiarising myself with the terminology and the popular research concepts that experts were repeatedly using.”

Once she gathered the key information from the papers, she would double down by further researching keywords on YouTube and other online resources to keep building a solid knowledge.

Aside from research papers, it is also important to be well-versed in reading laws and regulations related to AI, says Melissa Heikkilä, AI Correspondent for POLITICO Europe:

“When you write about technology and AI, often you have to talk about things like cybersecurity and data protection. When that happens, it’s useful to be able to read regulation like the GDPR, understand what it says and reflect on it in your reporting.”

AI reporters always read new research papers to understand the field and to stay on top of new developments to report on. But how do you translate research findings for your audience to avoid the hype?

Maneesh Agrawala, Director of the Brown Institute for Media Innovation at Stanford University, and Karen Hao agree that it is important to always run through a set of fundamental questions:

Agrawala adds that reporters should also consider whether they might be able to test new algorithms and systems themselves.

Hao also recommends checking with other researchers, calling them up, asking them to explain the research and then summing it up back to them:

“When I explain it to them using my own words, that’s when I know what I did or did not understand. At that point, the researcher can correct me and help me clarify any doubts I might still have.”

According to Genevieve Bell, Director of 3Ai, the 3A Institute at the Australian National University, it’s important to reflect on the common narratives and images surrounding AI, and what is their historical context:

“We see an over-indexing on fear and anxiety. Think of the persistent notion of killer robots on one hand, and the ubiquitous image of a robotic hand approaching a human hand. What do these images and narratives do? And why do they resonate with people?”

Bell argues that the fear and anxiety we feel about new technologies are a product of centuries of stories about “non-human things coming to life and taking on quasi-human forms or characteristics” in myths, religion, and literature. And this is something journalists must take into account in reporting on AI:

“I would like to see news coverage acknowledge the depths of our imaginations of AI and problematise the ways we talk about both its perils and possibilities today. How can we explain citizens’ fears, without dismissing them as irrational, and ask hard questions about the hype that often surrounds the introductions of new technologies?“

Bell adds that AI is only ever part of a solution or a system, hence it is necessary to frame questions at a systems level and to not focus only on the technology. It is also important to make clear that there is no single AI but many – in many different companies, countries and contexts.

4. Remember that there are people behind the technology

Readers often perceive AI as a detached entity, difficult to access and grasp. You can overcome this challenge by focusing your stories on the people who are responsible for the advancement of the technology.

Andrew Meares, Senior Research Fellow at 3Ai, urges to think beyond “the AI” or “the algorithm”:

“Computation is not a black box but involves voices and choices made by people. Find out who those voices are, find out who is excluded, as well as what, when, where, and why.”

Xiaowei Wang, Creative Director of Logic Magazine, stresses the importance of specificity in reporting on AI. If an article refers to which algorithms or datasets the machine is using, as opposed to broad terms like “technology” or “AI”, it helps maintain transparency and accountability by reminding readers that there are people who built the algorithm and sourced the training data:

“People who feel passionately about these issues need to also feel a sense of agency. Instead of just continuing to give “AI” a broad rhetorical and ideological power, […] we can talk to the people who are creating the algorithms and training data and keep them accountable. It [sets forth technology as] more grounded in reality.”

Besides specificity, it’s also important to keep an eye on who your sources are and whose voices you’re including – says Carl-Gustav Lindén, Associate Professor of Data and Computational Journalism at the University of Bergen.

He encourages all journalists to shy away from relying on just the charm of personalities, “be better at sourcing leads to understand the technology better and be able to convey what’s actually happening with technology.”

Lindén also suggests focusing on the frame of intelligence augmentation, that is the ways in which machines make people smarter, rather than on the people trying to get machines to outsmart us.

5. Be compassionate, but embrace critical thinking

Finally, since the field is still developing, Hao feels there is a lot of thinking that needs to be done about the harmful implications of AI on society. It does not matter how well-intentioned a researcher is, there are going to be blind spots to their work. Critical thinking around reporting AI is an important muscle to develop:

“It’s really, really important to apply a critical lens to technology. And the worst thing we could do is be lulled into the false belief that technology will save everything and that every problem in society can be fixed with technology.”

Some resources recommended by our interviewees can be found here.

A first version of this article was published in our newsletter on April 7th, 2021. Don’t miss our exclusive content and sign up for the monthly newsletter.

This article was written by Lakshmi Sivadas and Sabrina Argoub, JournalismAI Community Coordinators. JournalismAI is a project of POLIS – the journalism think-tank at the London School of Economics and Political Science – and it’s powered by the Google News Initiative. 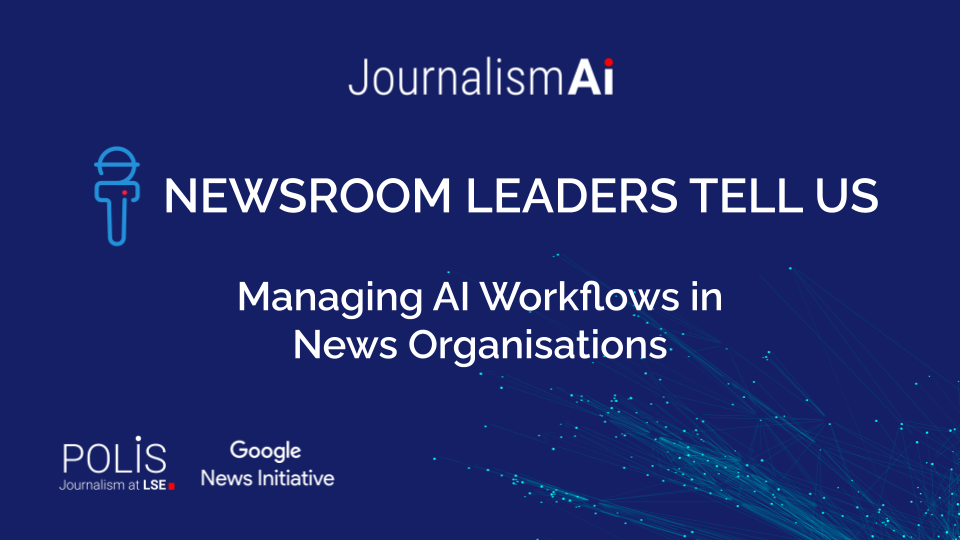 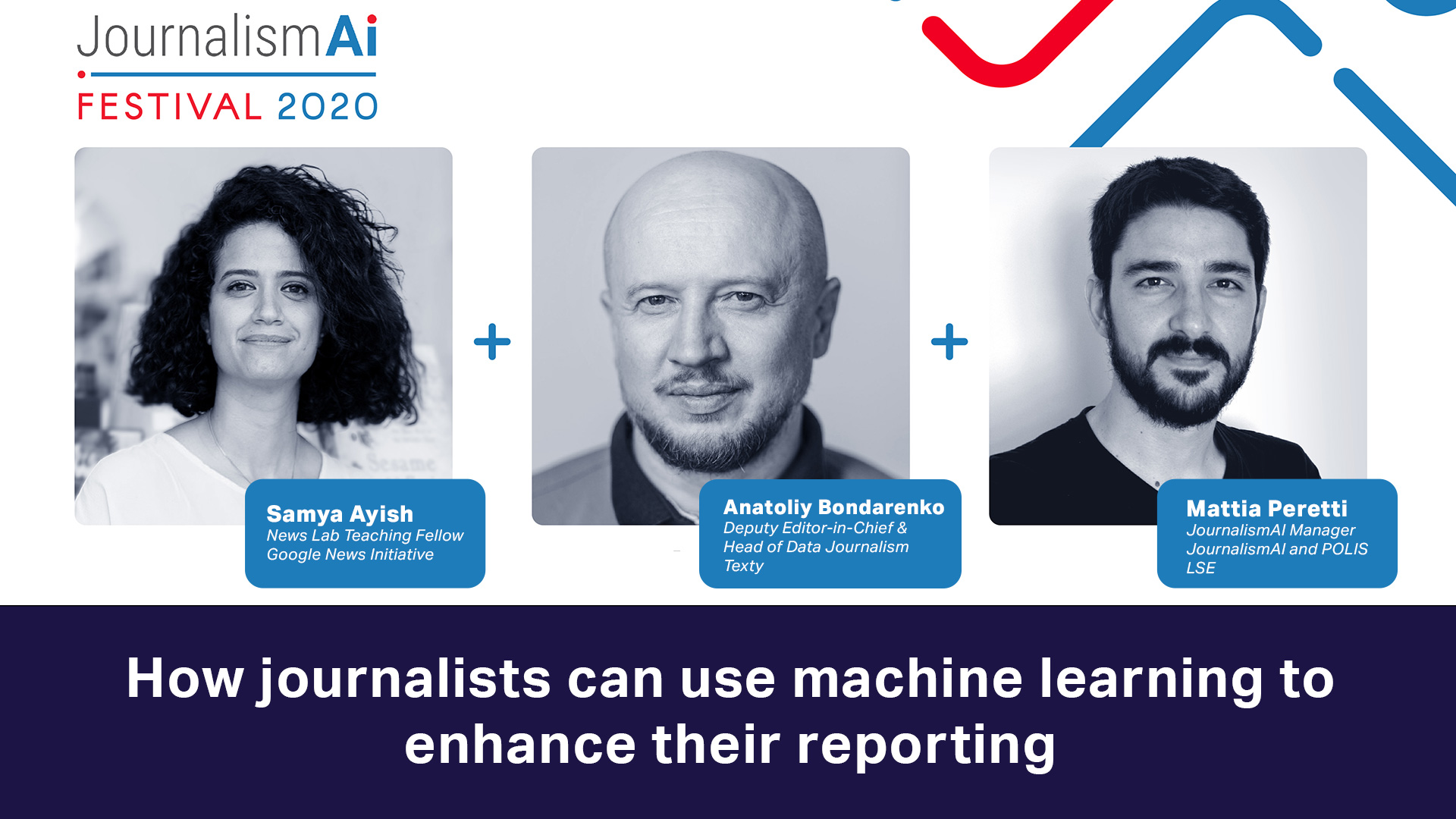 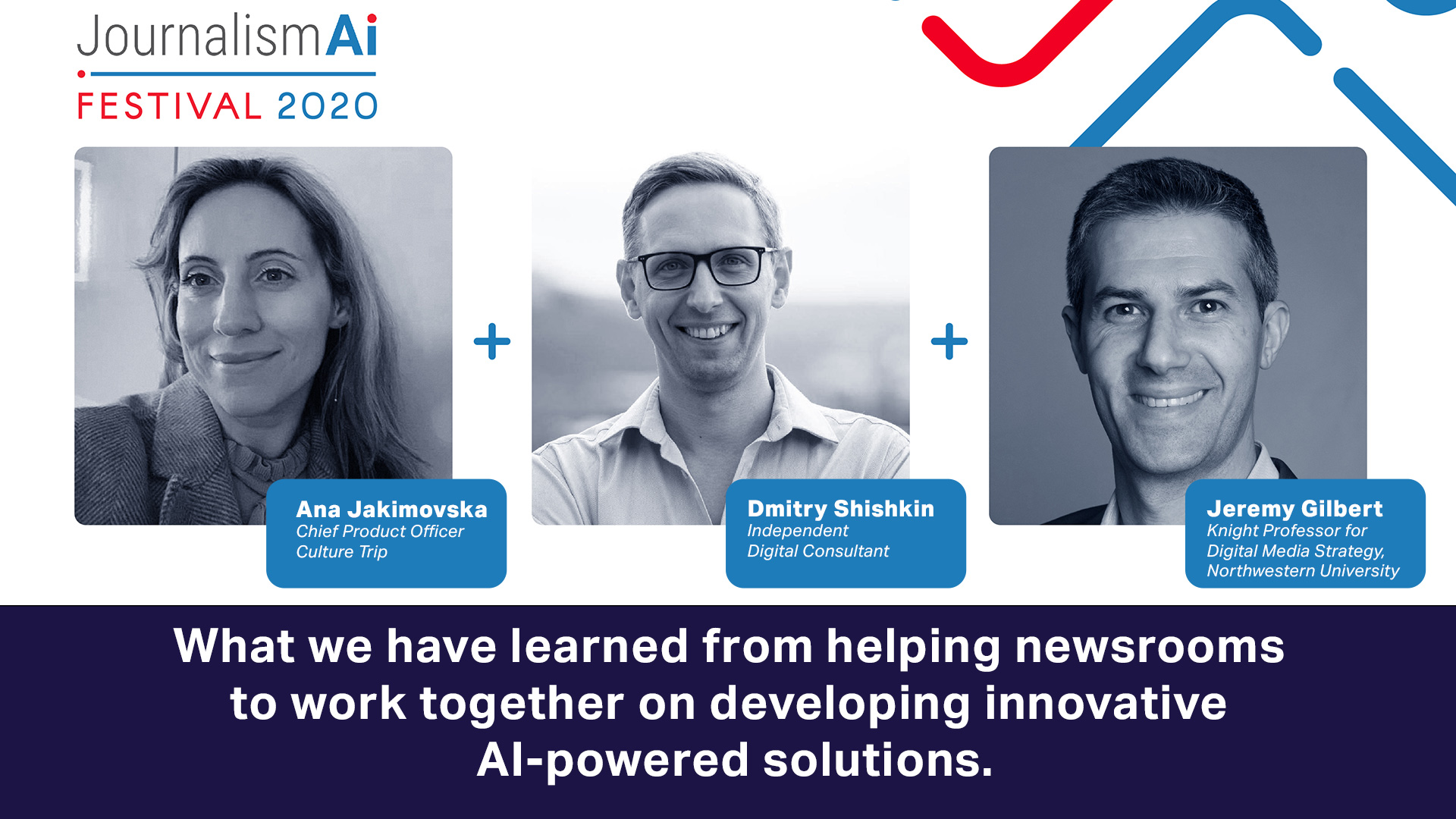 From collaboration to implementation: How we helped newsrooms experiment with AI-powered solutions 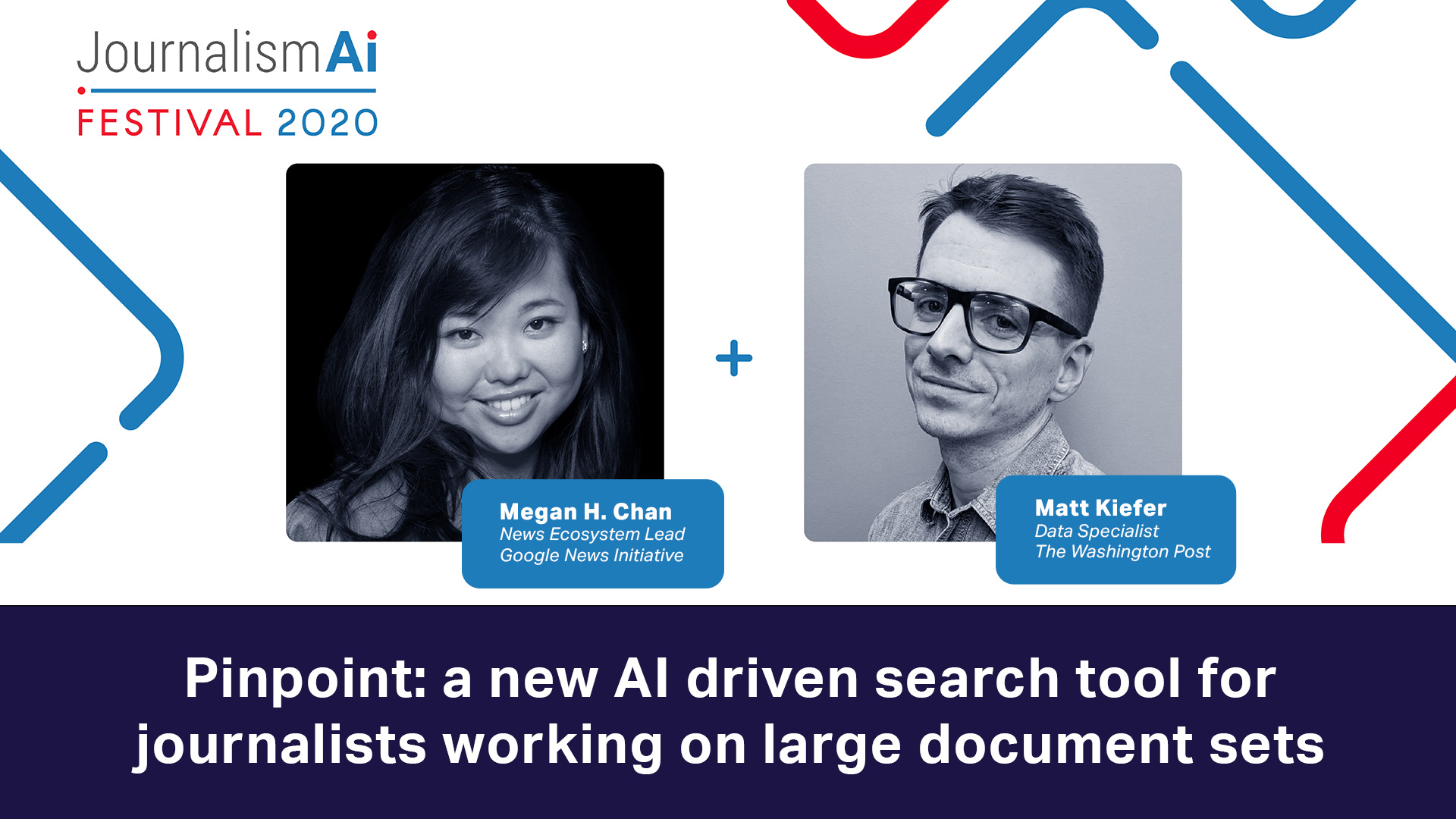