Cameron promotes ‘muscular liberalism’, the big society teeters on the brink and Project Merlin conjures up a trick for the banks: political blog round up for 5 – 11 February 2011

Cameron promotes ‘muscular liberalism’, the big society teeters on the brink and Project Merlin conjures up a trick for the banks: political blog round up for 5 – 11 February 2011

On the day that the EDL marched through Luton, David Cameron gave a speech on the failing of multiculturalism in Britain. The Staggers argues that the EDL’s demonstration has undermined efforts by many British Muslims to tackle extremism, and Political Betting asks whether Sadiq Khan’s comment that Cameron’s speech represents “propaganda for the EDL” was a step too far. ToryDiary also blog on one of Cameron’s central themes: that extremism should be as unacceptable as racism.

Political Betting look closer at the NHS reforms, noting that the government are addressing only the supply-side of the equation.

Andy Dodd at Labour Uncut argues that the ‘Big Society’ has proved to be more of a big sham, and that far from being ‘in this together’ we’re all in it alone. The Spectator discuss David Cameron’s habit for making policy U-turns and suspect that the forest sell-off could be next.

The Staggers believes that the ‘big society’ has been dealt a further blow as the outgoing head of Community Service Volunteers Dame Elisabeth Hoodless warned that cuts are destroying volunteering across the country.

Liberal Conspiracy offer up five Tory ‘cuts’ that will in the long run make no saving or cause us a greater cost, including scrapping EMA and the selling off of forests.

Left Foot Forward cover the warning given to the government by the European Commissioner for Research, Innovation and Science that Britain is at serious risk of losing its place as a world-leader in research.

As Ed Miliband makes it clear that he will not share a platform with Nick Clegg on AV, Political Betting consider how visible Clegg should remain for the campaign.

The Lords vote requiring the a 40 per cent turnout for the AV referendum has created a serious problem for the government, who must pass referendum legislation before the end of next week, writes Left Futures.

The Institute for Fiscal Studies’ ‘green budget’ found that Wales is underfunded by the Barnett formula, reports Left Foot Forward.

Labour Uncut finds that Cameron’s definition of (muscular) liberalism really means “forcing your beliefs onto others and excluding them from society if they disagree,” while Working Class Tory takes a historical view of the failure of British multiculturalism.

Ahead of the Budget the Chancellor has announced an extra £800 levy on banks, reports ToryDiary, a move Nick Robinson believes is more about symbolic politics than economics. WestminsterBlog claims the change represents something of a victory for Ed Balls.

Liberal Conspiracy laments the death of the student movement in England due to infighting in the NUS and an incoherent message.

As Nick Clegg prepares a speech on widening access to good universities, Iain Martin claims the real challenge is improving the quality of state schools.

Staggers wonders why the BBC considers ‘reform’ too positive a word to be used in its AV reporting but using the word to describe Cameron’s NHS reform isn’t.

Those who wish to ban EDL marches should be careful what they wish for, warns Left Futures.

Dave Hill reports that three Conservative-led London councils are planning a super-merger by combining services and laying off 500 employees, a move that might just help revive Cameron’s Big Society agenda.

Westminster Blog is sceptical of the chancellor’s “Merlin” deal in which the salaries of only a few top bankers will be published, while the coalition insists that all council managers earning £58,000 be named; Touchstone calls the plan a very cheap trick while ToryDiary praises the chancellor for handling a tough balancing act by ensuring transparency while avoiding damaging retribution.

Today’s PMQ’s saw the prime minister battered on the Big Society, the NHS and the fate of Sure Start, on the same day it was revealed that the Conservatives’ support from the City has doubled, reports Left Foot Forward.

Will Straw at Left Foot Forward argues that the coalition have failed the moment of truth on bankers’ bonuses, while the TUC’s Touchstone blog suggests that Project Merlin is a cheap con trick that is already unravelling. Thetorydiary does its best to find some positives.

Next Left blogs on another Liberal Democrat rebellion against cuts in local government which will leave Nick Clegg aghast according to The Coffee House.

Toby Blume at ResPublica looks at the year ahead for voluntary organizations and the ‘bloodbath’ that may await them, while the Westminster Blog notes that Philip Blond is blaming the Treasury for the big society’s woes.

Petra Brady and Andy Mycock at openDemocracy express their disapproval with Cameron’s Munich speech attacking multiculturalism. Dr Rob Berkeley at Left Foot Forward notes that true multiculturalism acts as a bulwark against extremism, as Liberal Democrat Voice contemplates the alternatives.  The Adam Smith Institute Blog discusses human rights and the rule of law, as The Staggers, Guido and The Coffee House all report the news that the Commons has rejected prisoners’ voting rights.

Next Left reports that Labour council leaders have reached out to their Liberal Democrat counterparts in an attempt to create a united front against Eric Pickles’ wrecking ball, and The Staggers counts the cost of the coalition’s welfare squeeze.

Left Foot Forward comments on Martin Wolf’s savaging of the government’s plans for growth, as Robert Peston wonders whether Francis Maude at the Cabinet Office can deliver some hope to small businesses.

Politicalbetting.com contemplates the fallout from yesterday’s Commons action against prisoners’ votes, and The Coffee House comments on the government’s apparent U-turn on forest privatisation.

Sunny Hundal at Liberal Conspiracy explains why Cameron’s speech on terrorism puts us more in danger.

Tribune exposes the Liberal Democrats as the chief exploiters of unpaid interns in parliament. 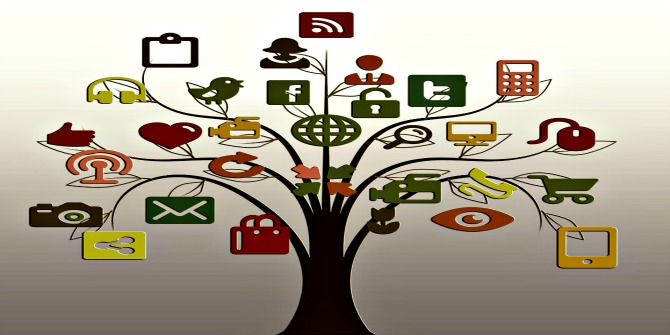