In the new political dynamic that emerged in May 2015 and with Jeremy Corbyn as its leader, Labour has found itself divided into two parties that are totally divorced from each other, writes Eunice Goes. She explains how this lack of direction means Labour is not doing the job of opposing the government – a government which has been engaging in a power grabbing exercise ever since the election.

Like many election years, 2015 was a strange time for British politics. But the vote, which put the Tories in power, was only the prelude. Things got truly bizarre in the latter half of the year when the opposition stopped showing up for work.

Up until May, 2015 was completely dominated by the electoral campaign. The unpredictability of the election meant that the contest was feverish, at times quite nasty, and pretty relentless. But then a really strange phase began. On May 7, British voters rewarded the Conservative Party with an unexpected parliamentary majority. Until the results of a shock exit poll were announced just after 10pm, it had looked as though a hung parliament was practically inevitable. Many thought Labour would govern at the head of some complex coalition of parties. Few, if any, predicted the Conservatives would win enough parliamentary seats to govern alone. But win they did, coming away with a majority of 12.

Labour on the brink

If the Conservatives’ majority suggested the return to the old certainties of single-party government, everything else seemed utterly changed. Labour’s humiliating defeat, the decimation of the Liberal Democrats, the SNP’s insurgency, and the UKIP breakthrough that failed to materialise unleashed a new, though hard to define, political dynamic. The shape of this new order is only just beginning to become clear, but the impact is significant – and mostly beneficial to the Conservatives. 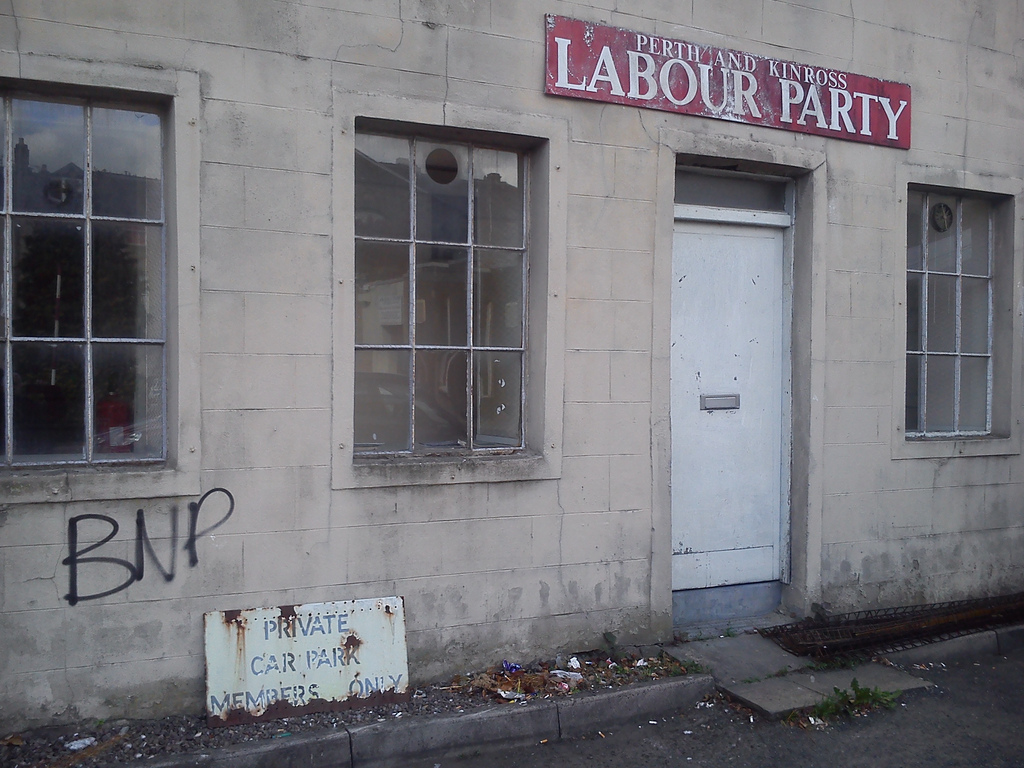 The most visible sign of the new dynamic is the disappearance of the opposition. The Liberal Democrats are now too small to be relevant and the SNP too localised to have a national impact. Labour, meanwhile, looks like a party living on borrowed time. Bizarrely, the only signs of opposition to the government come from the Conservative benches.

It is not just that Labour is demoralised and directionless. That was expected after such a devastating electoral defeat. What was not anticipated was that the election of a new leader would unleash a process of self-destruction. Roughly put, the election of the left-wing candidate Jeremy Corbyn as leader showed that Labour is in fact two parties that are totally divorced from each other. One is a party of the members and of a tiny group of parliamentarians (who have generally existed on the margins of Westminster politics). The other consists of the Parliamentary Labour Party. Each believes that only they know the solution to the party’s electoral woes, though both seem oblivious to the fact that the age of Labour winning majorities has long passed.

These factions are now engaged in a civil war that risks condemning Labour to political insignificance. Corbyn and his acolytes seem unaware that the rest of Britain does not think like the typical Islington North voter, while the PLP seems indifferent to the destructive effect of its constant threats of coups and conspiracies against the leader. These seriously undermine the party’s electoral prospects. In these circumstances, it would be no great surprise to see the typical British voter losing interest in Labour. There is no greater turn-off than the acidic smell of political acrimony.

While you were looking the other way

In the meantime, Labour is not doing the job of opposing the government – and it really should. Ever since the election, the government has been engaged in a major power grabbing exercise. At the ideological level, prime minister David Cameron and his chancellor George Osborne are trying to occupy the space left vacant by Labour and the Liberal Democrats. They claim to champion “blue collar workers” and have been adding the word “progressive” to all sorts of proposals. They even announced the creation of a national living wage – an idea long championed by the Labour Party.

As the proposals to cut tax credits and redefine child poverty show, the Cameron government did not really embrace One Nation Toryism, but this rhetorical trick has worked wonders. Cameronism is now more often defined as a centrist project than as a Thatcherite attempt to radically reform the role of the state. The Conservatives’ power grab exercise also entails reforms to the boring procedural aspects of democratic politics. They are making the fairly reasonable assumption that voters won’t pay any attention to these manoeuvres.

In the spending review announced in December, Osborne announced that funding for opposition parties – so-called short money – will be cut by 19% and then frozen until 2020. That will make it much harder for parties like Labour, but also the SNP, the Liberal Democrats, and the Greens to challenge the government and run effective electoral campaigns. And then there is the forthcoming constituency boundary review – an enormous change that will see the number of MPs reduced from 650 to 600. Labour is expected to be the big loser of this reform.

If this wasn’t enough, the government is also trying to neutralise the House of Lords after it showed some meaningful opposition in October by blocking tax credit changes. Cameron has commissioned a review of the powers of the upper chamber with a view to ensuring the primacy of the House of Commons on legislation with financial implications. This, he hopes, will avert any such embarrassing scenarios in the future. In normal circumstances the different opposition parties, and in particular Labour, would be fighting these plans tooth and nail. They would even agree on a concerted strategy to oppose the government. But we are not living in normal times. Let’s hope the fresh air of the new year forces Labour to wake up from its depressive stupor and regain its will to live.

Please note: This article was originally published on The Conversation. Read the original article.