Unlike most sex scandals, the allegations concerning Lord Rennard also raises questions about the integrity of our politics, in particular how politicians respond to rumours of impropriety and alleged abuses of authority, writes Nicholas Allen.

Most political scandals involve sex, money or power. The saga of Lord Rennard and what might be called ‘Grope-gate’ has nothing to do with money, as far as we know, but it has much to do with sex, or the alleged pursuit of it, and at least a little to do with power. Like most sex scandals, the Rennard affair centres on the conduct of an individual politician. Unlike most sex scandals, it also raises questions about the integrity of our politics, in particular how politicians respond to rumours of impropriety and alleged abuses of authority. For these reasons, and others, it has the potential to snowball.

Lord Rennard, the Liberal Democrat’s former chief executive and electoral strategist, stands accused by a number of women of sexual harassment. Alistair Webster, who conducted an internal party inquiry into the claims, concluded that the evidence supporting the allegations was ‘broadly credible’ but that, crucially, ‘it is unlikely that it could be established beyond reasonable doubt that Rennard had intended to act in an indecent or sexually inappropriate way.’ In a subsequent statement, Webster was clearer in his view that ‘events had occurred which had caused distress,’ and that Rennard was ‘someone who would wish to apologise to those whom he had made to feel uncomfortable’.

Whatever Webster thought had been going on, Lord Rennard refused to apologise. He was subsequently suspended by the party, a decision he has since threatened to challenge in the courts. The Liberal Democrats also announced a new inquiry into Rennard’s conduct, this time into his refusal to apologise.

For the time being, the scandal seems to be exciting considerably greater consternation among folk at Westminster and among Liberal Democrat activists than among voters. Most people are generally not that concerned about politicians’ sex lives. They are also surprisingly sensitive to the difference between a politician’s private failings and the moral failings of politics as a public activity. Lord Rennard happens to work in politics, but sexual harassment occurs in all walks of life. It is an unfortunate tendency in some individuals to press unwelcome sexual advances in a way that discomforts or intimidates others.

For these reasons, it is difficult to frame the Rennard affair as a case of ‘them and us’, of politicians versus the people, a formula which almost certainly helped to stoke the public anger in the wake of the 2009 parliamentary expenses scandal. There is no suggestion that Rennard has misused public resources, or that voters have been victims of deceit and dishonesty, or that his lordship has corrupted the conduct of politics.

However, the affair does contain the seeds of a ‘them and us’ scandal. For a start, it highlights the reluctance of politicians to address murmurs of wrongdoing and the tendency for tribalism to affect their responses. No organisation, including political parties, relishes inquiries into claims of internal wrongdoing. They cut painfully across norms of collegiality, and, especially in the world of politics, they can be costly. As a markedly successful director of campaigns, Lord Rennard was an asset that the Liberal Democrats could ill afford to lose. In the absence of concrete complaints, no one, it seems was prepared to act on ‘non specific’ rumours.

The Rennard affair also points to a somewhat more technical issue that often makes politicians appear to live in a different world. Politicians are generally rule-following people. Even when rules are bad, politicians tend to follow them, a tendency that landed all MPs in hot water over their expenses claims. Yet there are also risks from following rules that are essentially good. It is entirely reasonable for a political party to require allegations of misconduct to be proven beyond reasonable doubt. It is also entirely reasonable for a political party not to confer dictatorial powers upon its leader and allow him to suspend colleagues willy-nilly. However, sections of the wider public are not always appreciative of such technicalities. The demands of due process, which should always underpin any inquiries into our politicians’ conduct, may run counter to a public appetite for swift judgements and harsh sentences.

Finally, it is possible that the Rennard affair could trigger a spate of similar claims against other politicians. Big scandals, of the kind that seem to pit politicians against the public, are usually trailed by apparently isolated cases of misconduct. For instance, there were many cases of MPs misusing their allowances in the years before the Daily Telegraph began publishing details of every MP’s claims. At present, Nigel Evans MP, the former deputy speaker, has been charged with sex offences against several men, and Mike Hancock MP has been accused of sexual misconduct towards a constituent in his capacity as a member of Portsmouth City Council. There is nothing to suggest that rates of sexual harassment—or worse—are higher in politics, but a flurry of similar cases could yet lead to a moral panic about our politicians’ sexual ethics.

Dr Nicholas Allen is Senior Lecturer in the Department of Politics and International Relations at Royal Holloway University. 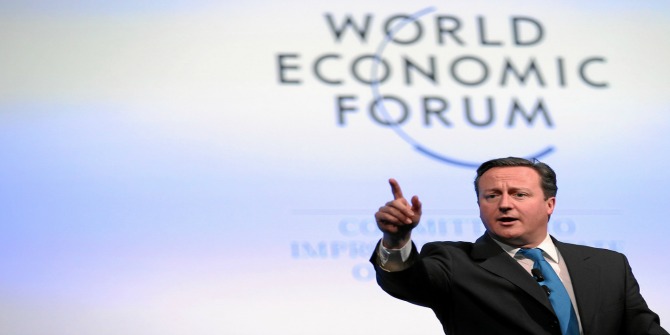