Peter Somerville explains the three housebuilding policies outlined by the Prime Minister during her party’s annual conference. He concludes that although they are welcome, the proposed changes will make little difference in the short to medium term; the longer term effects will depend on how local authorities and housing associations respond to the challenge in the meantime.

‘May coughs up £2bn for social housing’. So runs the headline on the front page of Inside Housing on 6 October 2017, following Theresa May’s speech at the Conservative Party’s annual conference in Manchester. This sounds like a lot of money but what does it really mean for those most likely to be affected by it – the rising numbers of homeless people, young people looking for housing they can afford, whether to rent or buy, other people in housing need, and those responsible for providing housing such as housing associations, local authorities, and housebuilders?

Three policies are key here: 1) The so-called ‘Affordable Homes Programme’; 2) ‘Help to Buy’; and 3) the regulation of the rent levels of local authorities and housing associations, who are the main providers of social housing.

The Affordable Homes Programme is run by a national public body in England called the Homes and Communities Agency and is the main way in which government funds are made available, largely via housing associations, to help provide homes at rents below market levels. However, the government defines affordable rents as up to 80% of market value, and in many parts of England (especially London and the South East) it is argued that most people in housing need cannot afford to pay rents at this level.

Affordable rents are not the same as social rents, which have traditionally been much lower, in both local authorities and housing associations. Since 2010, however, when the Coalition took power, the government has not directly funded any social renting, with the bulk of its funding going to affordable rented housing (the rest has gone to shared ownership and rent to buy). The Affordable Homes Programme has been expanded from £4.5 billion in 2011/15 to £7.1 billion for 2016/21, so with Theresa May’s recent announcement this current programme has now increased to £9.1 billion.

The really important statement here, however, is that the government will allow some of this money to be spent on social rented housing, with grants of £80,000 per home and providing up to 25,000 homes by 2021. This is actually not a lot, given that the extent of housing need runs into the hundreds of thousands, but it marks a significant shift in Conservative policy and attitude away from David Cameron’s denigration and pathologisation of social housing as causing, rather than solving, problems of housing disadvantage. It therefore offers some hope for people in housing need in the longer term, even though in the short term the crisis is likely to deepen. 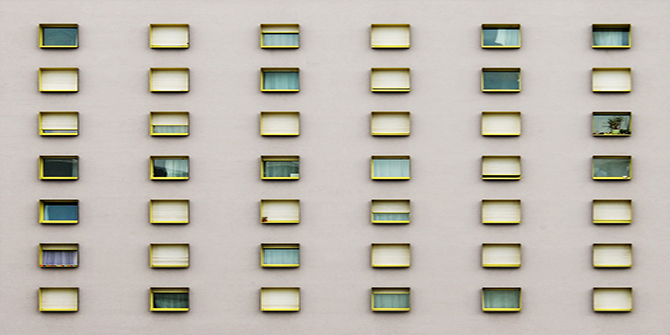 Although it might seem rather an obscure point to the general public, Theresa May’s announcement that social housing rents will be allowed to rise at 1% above inflation year on year from 2020 to 2025 is very important. This is because the 1% per year cut in social housing rents from 2016 to 2020 imposed by George Osborne (as a way of cutting the government’s housing benefit bill) scuppered the development plans of most housing associations, who relied heavily on this rent income to fund their investment programmes. This cut thus ensured that the severe shortages of affordable housing that already existed would continue.

But now, following the announced reversal of this cut, it seems likely that at least some of these plans could be revived in the medium term. This is unreservedly good news for local authorities and housing associations and for those in housing need, but not necessarily for existing tenants, while for government it means that the housing benefit bill is also likely to rise.

The third key announcement, on the ‘Help to Buy’, is more controversial. Following its spending review in 2015 the government allocated a total of over £8 billion to provide 200,000 so-called ‘starter homes’ (for first-time buyers) by 2020. The announcement now increases this figure to £10 billion. The main problem with this policy is that it is targeted at the better-off – namely those who can afford to buy homes costing up to £250,000 (or £450,000 in London). Basically, a government that professes to believe that people should not be given something for nothing is providing hand-outs amounting to billions of pounds to households who mostly would have bought their homes, anyway, without such largesse.

Clearly, the government believes that such subsidies will help to reverse the decline in homeownership that has occurred since 2010, but even the House Builders Association recognises that such interference in the housing market only serves to inflate demand, and therefore can result in higher house prices rather than increased supply. Of course, if it does inflate house prices, this benefits those who have already bought their home, and is therefore likely to be politically popular. It is important to note, however, that this is a Robin Hood in reverse policy, robbing the poor to give to the rich. In this, as in other ways, the government signals its support for the interests of the propertied against the interests of the propertyless.

In every year for more than thirty years, the supply of housing in this country has fallen short of the demand, except for the highest income households or in the areas of lowest employment. Overall this has been most beneficial for house owners, whether these be owner-occupiers or private landlords, and most detrimental to tenants and those who have no property rights at all.

The changes announced by the Prime Minister, though welcome in some (but not all) respects, will make little difference in the short to medium term, and the long term effects will depend very much on how local authorities and housing associations respond to the challenge.

Peter Somerville is Professor of Social Policy in the School of Social and Political Sciences at the University of Lincoln.