Despite the housing crisis in London, the Draft London Plan (DLP) rules out any rethinking of green belt policy, now some eighty years old. Instead, it gives a number of justifications for falling in line with the Government’s approach which is to promise a solution to the housing shortage while refusing to update our approach to green belt policy – a case of trying to have ones cake and eat it.

First, to quote the DLP on a fact on which we can all agree, “London’s Green Belt makes up 22 per cent of London’s land area”. The Plan reminds its readers of this startling fact without any further comments – other than to state that the Mayor would support even more green belt. In a city with a severe housing crisis over one fifth of all land is immediately ruled out of consideration. This suggests that there is something uniquely sacred about every piece of green belt as none of it can be called upon, alongside other sources of land, to help house Londoners. So let’s look at the reasons given for refusing to rethink green belt policy. The DLP offers seven reasons for leaving the green belt unchallenged. I start with the four reasons most closely related to the government’s purposes for the green belt.

The main purpose of the green belt is to stop the physical expansion of London into the surrounding countryside. It might seem odd then, that there is green belt inside London. Surely it should be outside the city, encircling London? This curiosity is the result of much of the green belt having been designated before London’s borders were expanded in the 1960s. This leaves us with the strange yet taken-for-granted situation that green belt prevents development inside London. This creates real problems in boroughs such as Enfield where development is concentrated in the poorer parts of the borough to the east. Meanwhile green belt more or less stops development in the richer west of the borough. The same is true in Waltham Forest where residents complain of intensification in the south of the borough while much of the north is largely off limits because of green belt.

It is generally highly desirable to build on previously developed land, of course we don’t want to leave all this land unused while the city expands out into the countryside. However, just as building on some of the green belt is not a quick and simple solution to the housing crisis neither is brownfield land. The complicated reality of what brownfield land can deliver and how soon is often lost to simple claims that it provides a single, sufficient source of land for housing. Focusing on brownfield leads developers to build the same amount of housing on less land. This might seem like a good thing but the problem is that developers don’t increase the amount they build over time.

There are under-recognised social issues at play here. As brownfield land and green belt is not evenly distributed across the whole of London, the impacts of intensification are not distributed evenly. This is further exaggerated by conservation areas that also limit where intensification can happen. We need to understand better the effects of the uneven distribution of opportunities for intensification on brownfield land; the class and ethnic implications are largely uncommented and certainly not fully researched.  But it appears likely that much new development, often at higher densities, (and the disruption related to it) is concentrated where disadvantaged people live.

Ensures London makes efficient use of its land and infrastructure

Surely it’s better to build where the infrastructure is? Near to railway stations and where there are already supplies of electricity and gas. King’s Cross Central is surely a great example. Except there was no electricity supply available for that site. The developers has to provide a new sub- station to bring power in. And if making use of transport infrastructure is important surely we are building housing on land near to Underground stations, maybe at the eastern end of the Central Line? No, because it’s in the green belt. The green belt is a planning policy that often stops us from making sensible planning decisions.

It’s hard to argue that Hackney, Hammersmith, Brixton or Tooting are suffering from a lack of developer interest – patterns of gentrification suggest otherwise. Where areas are still under-invested this is often because of the need first for public investment in infrastructure as in the case of the Northern Line extension to Battersea Power Station. Incidentally, this brownfield development was ‘attacked’ by Mayor Sadiq Khan when the levels of affordable housing were slashed, partly because the developer had to help pay for the extension. In any case, one of the proposed solutions to London’s housing problem is the intensification of the suburbs. So surely we need to encourage investors there as well?

Next I address three ‘incidental’ reasons for keeping green belt unchanged in London: providing space for recreation; growing food, and; combating the urban heat island effect. I call these incidental reasons because they are not listed in the government’s purposes for green belt. Green belt designation is a negative power to stop development on the land not a positive power to make the land open to the public or to demand the land is carefully managed for environmental benefit. This is so because the state can designate land as green belt without owning or directly controlling it. The lack of ownership is not really a problem if you remember that green belt is only an aesthetic policy, its main purpose is simply to keep a visual divide between urban and rural areas, often only visible from trains and motorways. Green belt is not directly an environmental policy or a policy to give public access to open land or to provide land to grow food on.

Providing space for recreation. Any connection between green belt and public access to open space was lost many decades ago. In the late 1800s when green belt was just an idea, it was proposed as a way of making green space available to a much smaller London with a far more dense population. The London County Council would buy land and open it up to the public. But during the 1920s its purpose changed to stopping the expansion of London. Most of the green belt is not accessible to the public because it is private land. It is not the same as the parks that Londoner’s enjoy. Even if we totally abolished the green belt (which I am not suggesting), Hampstead Heath, Regent’s Park, Victoria Park, Wandsworth Common and the mass of smaller parks around London would all remain. Indeed, the green belt might lead to less access to open space if, instead of building on private green belt land, we develop public sports fields.

Growing food. Traditionally allotments have provided land to Londoner’s without gardens to grow food. However, these have been under threat because of the shortage of land for housing. In 2006 the GLA wrote a report on London’s disappearing allotments and in 2017 London’s longest-surviving allotment space was under threat of being developed into housing. Although the New London Plan places much emphasis on growing food it has not updated is own data on allotments in London since 2007. Even though in the 2006 report it stated “We will now be monitoring allotment provision in London”.

Combating the urban heat island (UHI) effect The GLA has already published a summary for its decision makers on UHI’s. This sets out a number of ways the city might reduce UHIs including cool pavements, green roofs and the sky view factor. It does not mention green belt as helping address the issue. This is because the academic literature shows that heat island effects are localised, the green belt in Totteridge will not reduce heat islands in Tower Hamlets. Maintaining the green belt will likely create more local heat islands across London. Limiting the amount of land available to build on forces much higher density development on the land that is available. These local areas of much higher density development create canyon effects and other features that produce local heat islands.

This last claim, preventing heat islands, serves as a warning. Over the decades green belt has been proposed for different reasons by different people. The green belt is all too often defended by obfuscating and/or changing the justification for green belt. The classic case of this was back in the 1980s when the government looked like it was about to relax green belt constraint. Until then, the four purposes for green belt were all aesthetic – variations on keeping a clear visual divide between town and country. Once the government signalled some flexibility on this it came under intense pressure and in the end added a new reason – that green belt would encourage the regeneration of inner urban areas. This is a laudable objective although the extent to which green belt has been the cause inner city regeneration is hard to prove.

We see this tactic again with the use of the heat island argument in the Draft London Plan. This looks like an attempt to provide yet another confused reason for avoiding the, admittedly difficult, politics of rethinking the green belt. We need openness and clarity about what the green belt does and its role in the undersupply of housing. Then we can ask if the price of green belt is one worth paying. If so, we can at least maintain the green belt without spurious justifications such as growing food and mitigating urban heat islands. If not, we can start to debate a new approach to green belt policy, which might include concentrating on corridors of green with improved public access, as in the Lee Valley Regional Park.

Note: this was originally published on LSE Metropolitan Green Belt.

Alan Mace is Assistant Professor of Urban Planning Studies in the Department of Geography and Environment, LSE. 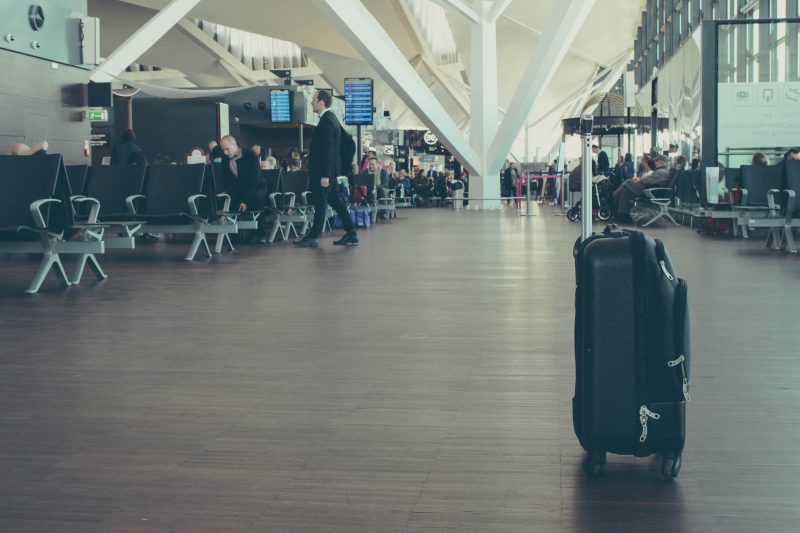