Neil Warner, Frederick Harry Pitts, and Lorena Lombardozzi explain why a successful implementation of a basic income will require a wider and more radical intervention in the economy.

A great deal of recent commentary and discussion suggests that Universal Basic Income (UBI) is an idea whose time has come. Although hundreds of years old as a proposal, it is probably the subject of more attention and mainstream interest now than it has ever been. Forms of UBI are being proposed, discussed and even experimented with both by the right and the left. But it has become especially prominent in recent discussions on the left. It is this debate about UBI among social democrats and socialists that we focus on in a new paper for the Foundation for European Progressive Studies.

In the paper, we argue that its current appeal as an idea is that it seems to answer what we describe as ‘a triple crisis of the social’. The first of these is a crisis of the society of work, sparked by flexibilization and automation. Secondly, there is a crisis of social reproduction due to the severed link between the wage and subsistence and simultaneous cutbacks in the welfare state. The third strand of the triple crisis is that of social democracy itself, as a growing number of people have seized on UBI as a way to regenerate the confused vision and scant intellectual resources of the left.

Yet in the debate about UBI that has followed, powerful underlying forces are treated as givens without social and historical foundation, and both sides tend to miss key questions that need to be addressed. The fundamental roots of these crises cannot be resolved by the implementation of a UBI alone, and the desired aims of its leftist proponents can only be achieved, if at all, by their situation within a wider suite of radical reforms.

Proponents of UBI suggest that basic income is the answer to challenges of flexibilization and automation that are undermining the supply of jobs and the adequate remuneration for work. These proponents argue that it could expand the degree of freedom within the social relations of production by providing a minimum means of subsistence beyond wages. It is also argued that UBI would be able to support more creative pursuits, and the exploration of new ideas without the urge of survival. Yet critics of UBI, particularly in the trade union movement, point out that workers would still lose the capacity to resist capital that is granted by their ability to provide or withdraw labour. The key issue of this disagreement, however, comes down not to the qualities of UBI itself but the wider structure of social relations within which it is embedded

The concept of ‘social reproduction’ helps us to recognise the importance of this wider set of social relations. Social reproduction is how workers, and the mode of production of which they are part, subsist and survive in a particular context. The current crisis of social reproduction is connected to what Nancy Fraser calls a ‘crisis of care’, in which women are increasingly integrated with the waged labour market, but remain at the same time the primary caregivers of society, while state support for care is being withdrawn.

The Marxist feminist focus on social reproduction has helped to popularize calls for UBI, partly via demands around ‘Wages for Housework’. But others, however, have been more circumspect. Whilst broadly in support, Kathi Weeks argues that ‘demand for a UBI does not address either the gender division of household-based reproductive labour or its privatization’. It could relieve budgetary pressures on women, especially those affected by job losses, and could help to ‘reorient’ gender-based divisions of labour. But it could also have the contrasting effect of helping to reinforce traditional heteropatriarchal family structures by leading to ‘more men participating in waged work and more women working at home’.

Recent research suggests that women are the first ones to be cut off from the wage-subsistence relationship with additional and indirect risks of segregation, subordination, and dependence on asymmetrical income relations. Basic income seems unlikely to tackle this danger, and may even exacerbate it. Either way, the existence or non-existence of UBI does not emerge as a primary mechanism for dealing with the gendered division of labour. It is ambivalent in its impact and is contingent upon more fundamental initiatives in the sphere of social reproduction.

Green proponents of the basic income argue that UBI will enable an evolution away from ‘productivism’ and growth-oriented policies. But this misunderstands the contradictory unity of production and consumption captured in theories of social reproduction. There are constraints on our capacity to consume, and these relate to the way we produce, and vice versa. UBI may divert us from the intensive productive activity on which our economic system rests and decelerate our dependency on the exploitation of natural resources. But, without a fundamental shift in the social relations that undergird a society based on the coexistence of overproduction and underconsumption, the possibility remains that it still stimulates the economy in such a way as to exacerbate tendencies towards reckless growth and environmental ruin. Once again, UBI cannot be seen as a standalone policy that in and of itself changes the world.

Additionally substantial new fiscal resources would be needed for a genuinely progressive and meaningful UBI. This problem of finding these resources becomes more pressing in the context of the wider model for the future that its proponents tend to assume – that it would facilitate a move towards lower work hours, lower growth, and an end to dependence on waged labour. A reduction in the amount of work hours in the economy and in the proportion of wages in people’s incomes would inevitably also imply a reduction in the amount of labour income available for taxation. Additional means of funding would therefore need to be found, but this would require significant new departures in taxation, away from the labour taxes and growth-dependent financing upon which the fiscal system of modern industrial states rely.

Additionally, if UBI, as envisioned by left-wing advocates, had a liberating or decommodifying effect that increased the bargaining power of labour, this would have long-term inflationary consequences once the current deflationary situation in the developed world had been overcome. To deal with this would require substantial restructuring of the relations between capital and labour – at the very least amounting to a progressive form of social partnership, or more ambitiously a tradition towards democratic management and/or ownership of companies.

All of these considerations point to the fact that successful and progressive implementation of UBI would require more wider, radical and dramatic, intervention in the capitalist economy. UBI is posited as a remedy for the social insecurity that attends the crises of work and social reproduction, and consequently as a way for social democrats to renew their ideas and their sense of direction. But we can see that it ends up facing the same dilemmas which it purports to solve for social democracy. The question then arises as to whether arguing for or against UBI is a pursuit worth paying much attention to at all, or whether it is a distraction from the fundamental problems that remain much the same with or without UBI.

Neil Warner is a PhD researcher at Trinity College Dublin.

Frederick Harry Pitts is Lecturer in Management in the School of Economics, Finance & Management at the University of Bristol.

Lorena Lombardozzi is a Phd Researcher at the School of Oriental and African Studies, University of London. 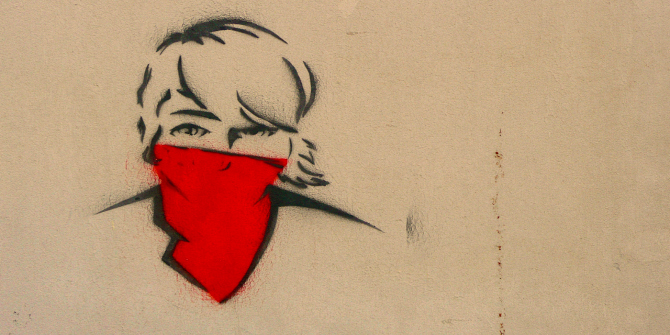 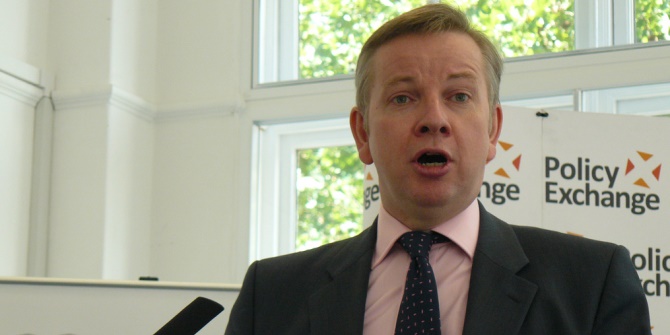 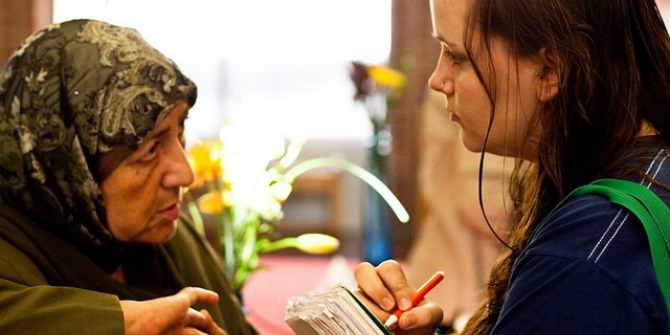